Put Your Spinjitzu Skills to the Test,
Help the Ninjas Save New Ninjago City From the Evil Digital Overlord 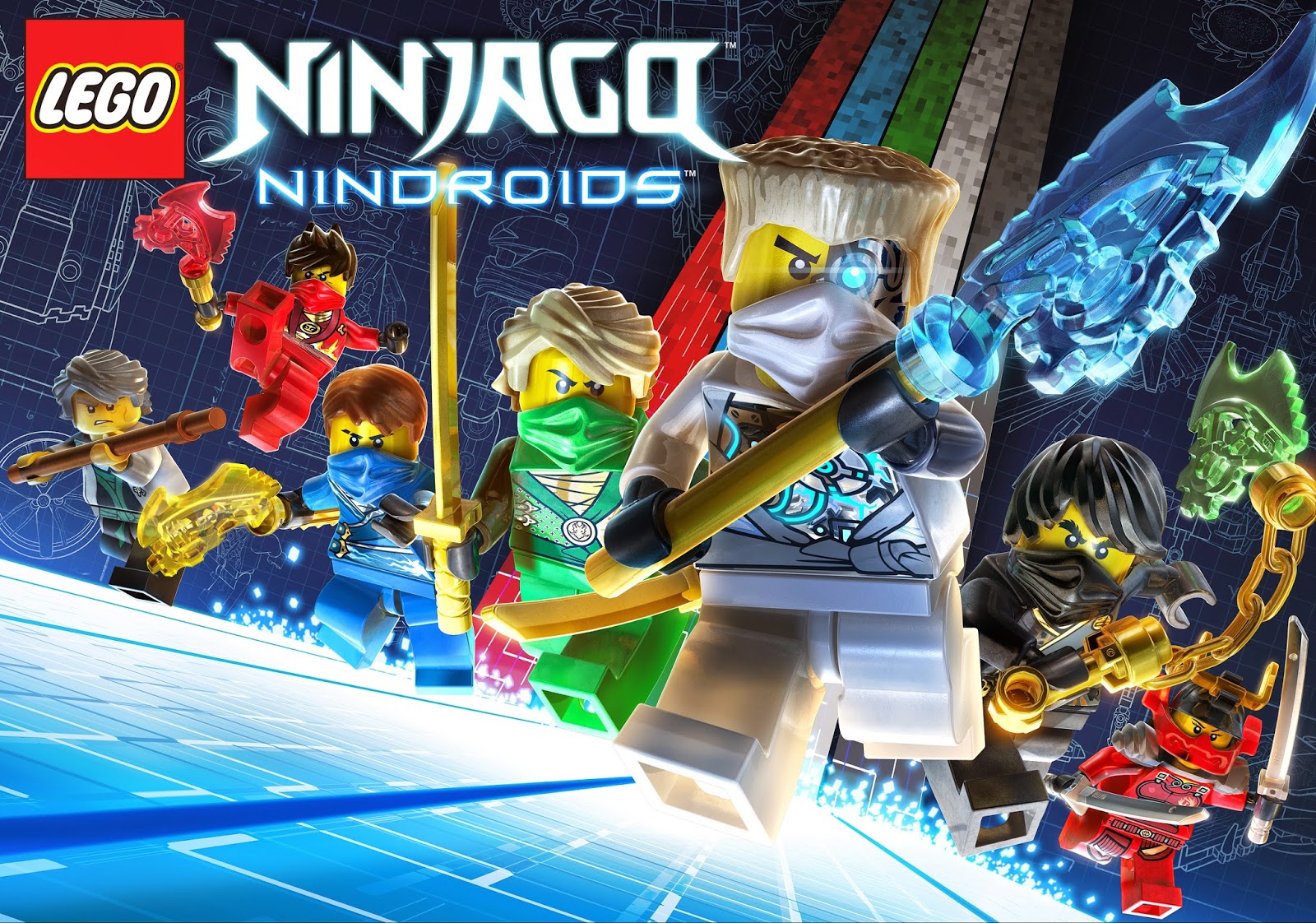 Disclosure: ChiIL Mama is elated to partner up with Warner Bros. Interactive Entertainment, TT Games & The Lego Group to share this new release with you. We've been given both a review copy and a giveaway copy for our readers. As always, all opinions are our own.

We're celebrating with a rockin' giveaway for YOU, 'cause every summer needs more heroes and villains!  Check back soon for our game review and enter like we vote in Chi, IL... early and often, for a chance to win one of your own! Open nationwide to anyone in the US. Enter through midnight Tuesday 8/12/14. 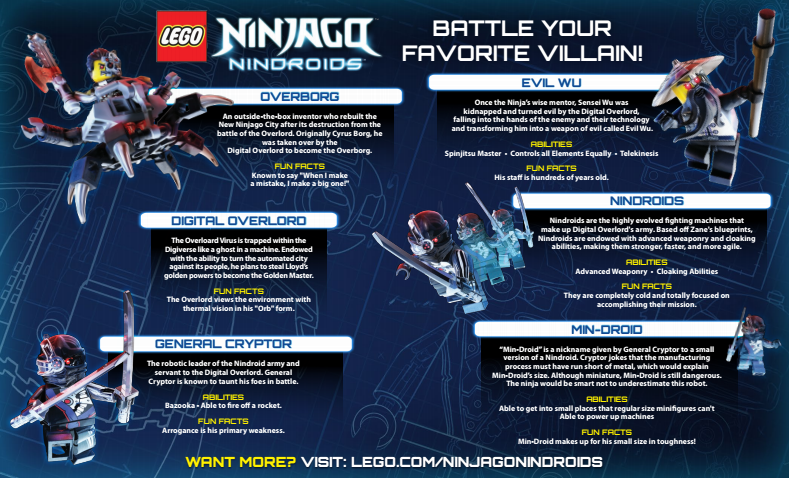 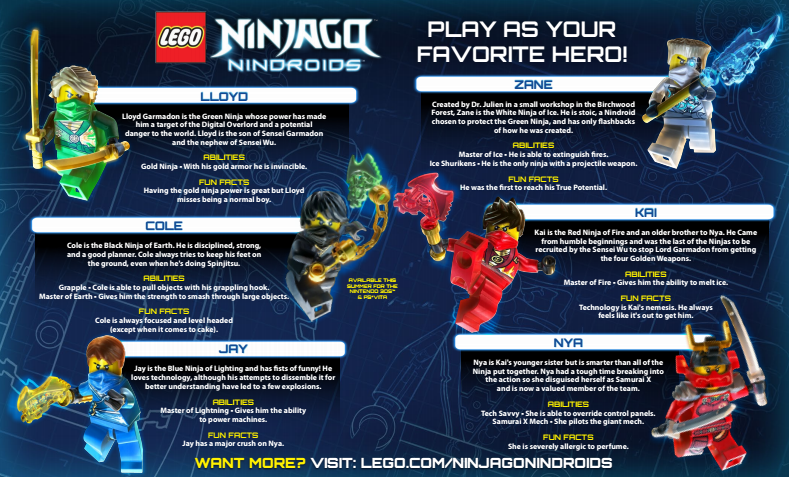 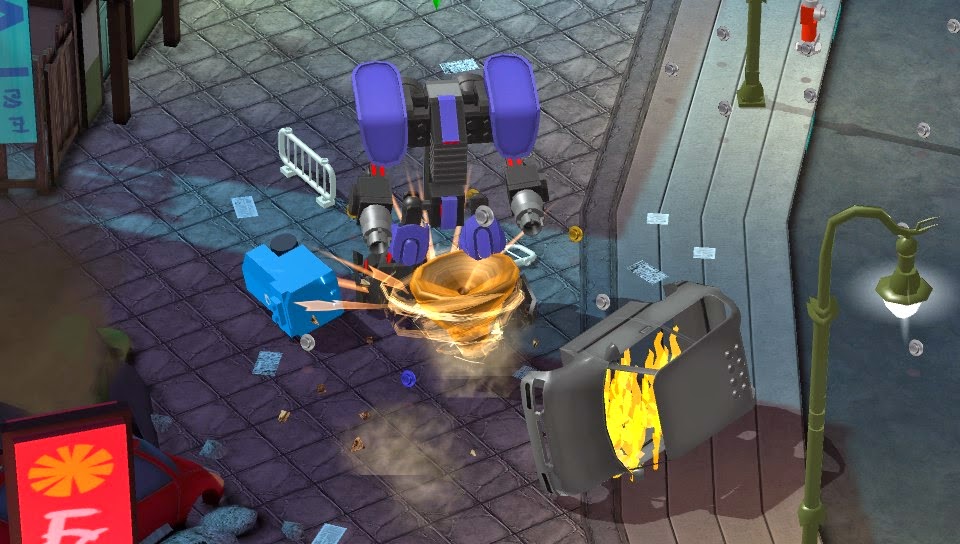 “Adding LEGO Ninjago: Nindroids to our popular LEGO Ninjago franchise is very exciting,” said Tom Stone, Managing Director, TT Games.  “Hellbent Games has delivered the action game Ninjago fans have been waiting for - with all the characters, comedy and thrills that make the franchise such a success." 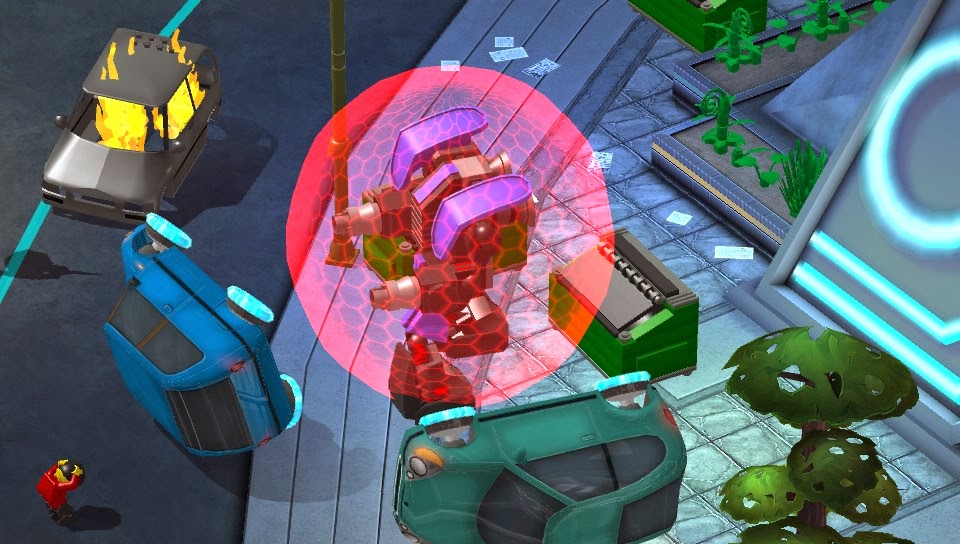 Based on the first five episodes of the animated television series “NINJAGO: Masters of Spinjitzu,” the LEGO Ninjago: Nindroids videogame takes players to New Ninjago City where the Ninja face a technological threat by the evil Digital Overlord and his robotic army of Nindroids.  Playing as their favorite Ninja – Jay, Zane, Cole, Kai or Lloyd – players battle through more than 30 exciting levels with cool vehicles, signature weapons and the new Technoblades, all the while partaking in missions to help save the city. 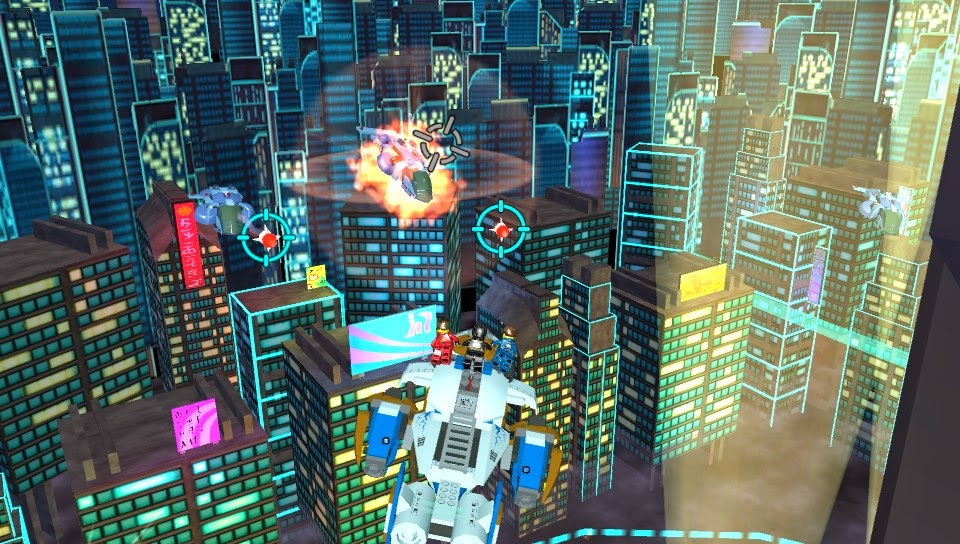 Players will recognize their favorite LEGO building sets as they gear up as Samurai X, shoot down enemies in Zane's Ninjacopter, dodge missiles in the Kai Fighter, pilot Jay's Thunder Raider, smash up the streets in Cole's Earth Mech and tear through the forest on Lloyd's Golden Cycle. Alongside intense combat, players can visit the New Ninjago City Hub, home to Grand Sensei Dareth's Mojo Dojo, Doomsday Comix and Mr. Noodle's Noodle Bar. 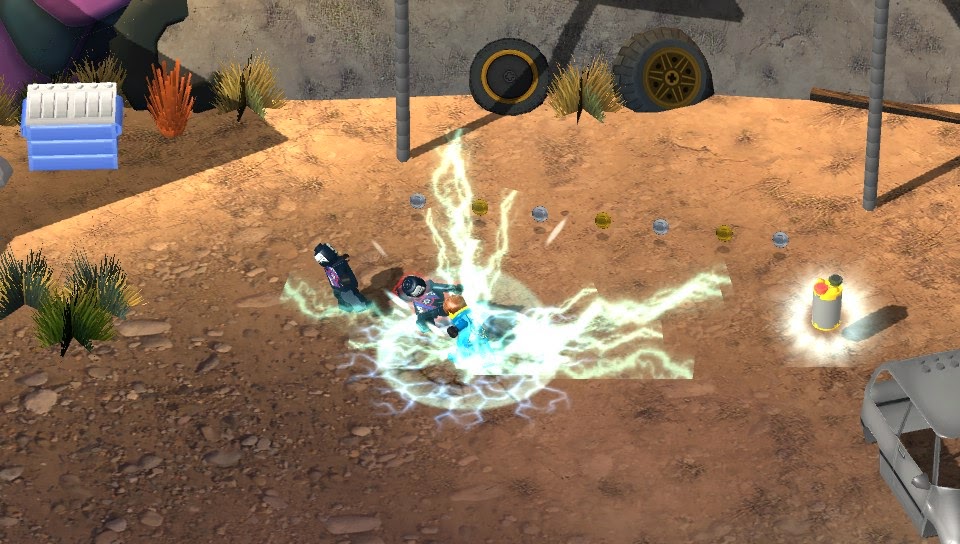 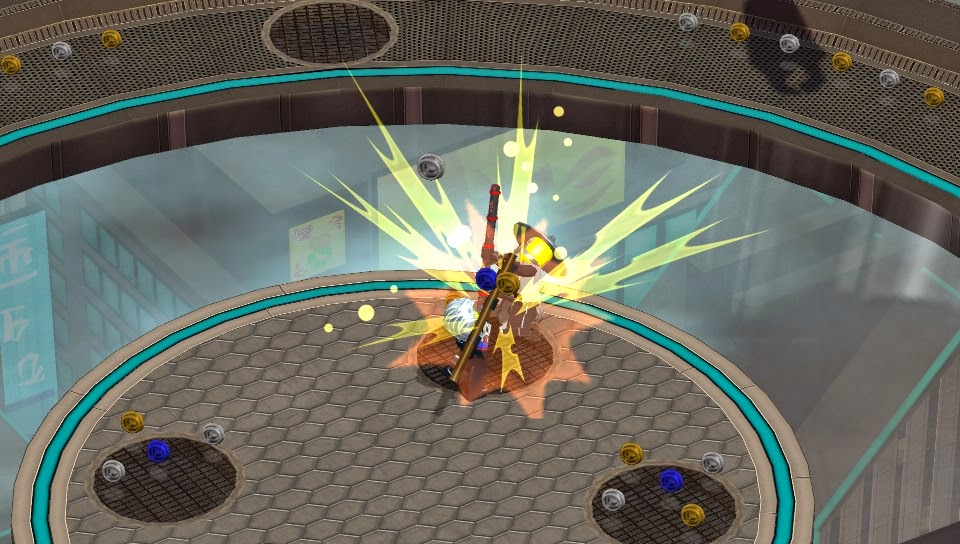 About the LEGO Group
The LEGO Group (www.LEGO.com) is a privately held, family-owned company, based in Billund, Denmark. It was founded in 1932 and today the group is one of the world's leading manufacturers of play materials for children.  The company is committed to the development of children's creative and imaginative abilities through its products, which can be purchased in more than 130 countries. Visit www.LEGO.com. LEGO and the LEGO logo are trademarks of The LEGO Group.  © 2013 The LEGO Group.

LEGO NINJAGO: NINDROIDS software © 2014 TT Games Ltd.  Produced by TT Games under license from the LEGO Group.  LEGO, the LEGO logo, the Brick and the Knob configurations and the Minifigure are trademarks of the LEGO Group. © 2014 The LEGO group. Hellbent Games and the Hellbent logo are trademarks of Hellbent Games Inc. “PlayStation” and the “PS” Family logo are registered trademarks and the PlayStation Network logo is a trademark of Sony Computer Entertainment Inc. The “PSVITA” logo is a trademark of the same company. Nintendo trademarks and copyrights are properties of Nintendo. All other trademarks and copyrights are the property of their respective owners.  All rights reserved.

“PlayStation" is a registered trademark of Sony Computer Entertainment Inc.
Nintendo trademarks and copyrights are properties of Nintendo.

Disclosure: Once again, ChiIL Mama is elated to partner up with Warner Bros. Interactive Entertainment, TT Games & The Lego Group to share this new release with you. We've been given both a review copy and a giveaway copy for our readers. As always, all opinions are our own.
Posted by Bonnie Kenaz-Mara at 10:30 AM