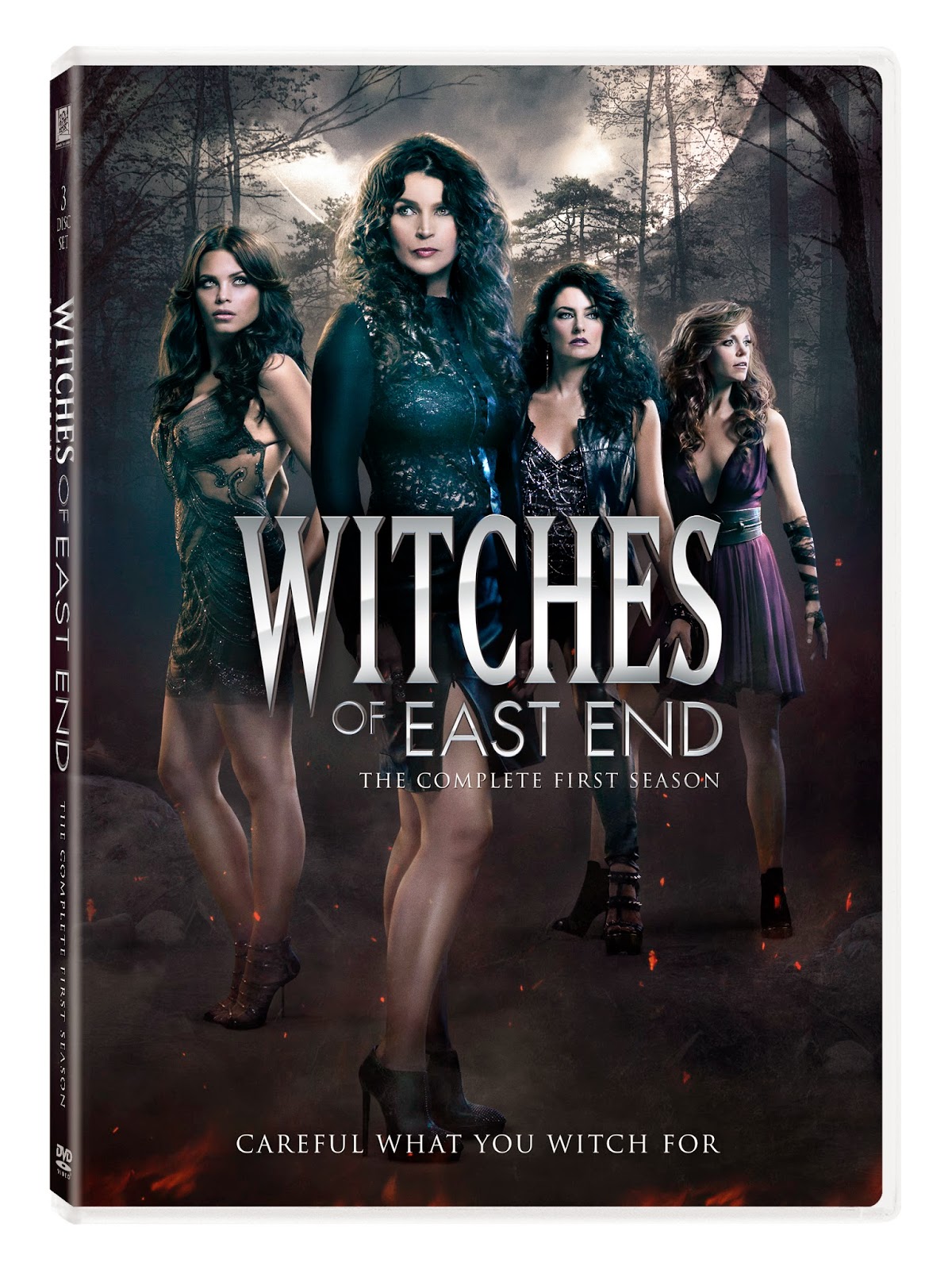 ChiIL out with this otherworldly, mother/daughter series. Watch the whole first season this summer on YOUR schedule with this new release that includes deleted scenes, bloopers and a gag reel. I actually have a cousin named Freya, and we dig magic and mystery, so we were eager to check the series out.

We're all about getting outside in the summer, and playing hard, but at the end of the day it's great to relax with an intriguing series. It's the season for catching up on seasons! Order yours today.

“Witches of East End” stars Emmy award-winning Julia Ormond (Temple Grandin) as Joanna Beauchamp, an ageless mother trying to keep a supernatural secret from her daughters, Freya (Jenna Dewan-Tatum; Step Up) and Ingrid (Rachel Boston; (500) Days of Summer) so they can lead a normal life.  But when Joanna’s estranged sister (Mädchen Amick; “Twin Peaks”) arrives to warn her of an evil entity out to destroy them all, Joanna is forced to reveal the truth about her family’s magical legacy.  Co-starring Virginia Madsen (Sideways), Eric Winter (“Days of Our Lives”) and Daniel DiTomasso (“Beauty and the Beast”), this powerful and enchanting drama series will cast its spell on you!