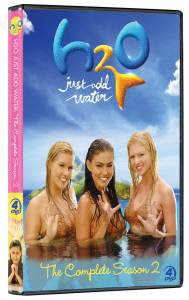 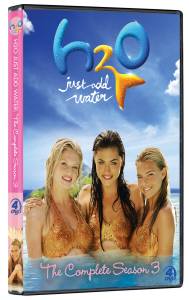 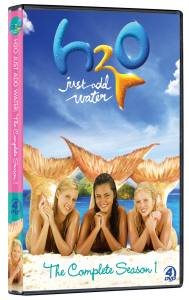 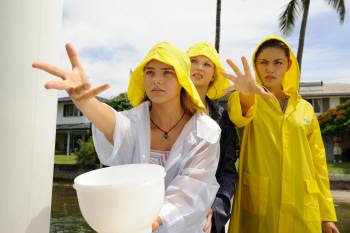 ChiIL out with ChiIL Mama and H20: JUST ADD WATER, Teen Nick’s #1 rated series.   I confess, I totally wanted to be a mermaid when I was a kid.   I had hair down to my waist and used to swish it back and forth in the water and dream.   We've been checking out H20: JUST ADD WATER, and it's a show I can watch and enjoy with my 9 year old, daughter without worrying about violence, language or mature content.

These accidental mermaid/teens use their powers for bully fighting, sea turtle freeing, eco friendly good.   The nerd boys are valued friends, and the plots are creative.   The girls are great, positive role models, too.   And their Aussie accents rock!

CHECK OUT THE SEASON ONE TRAILER!

CHECK OUT THE SEASON TWO TRAILER!

CHECK OUT THE SEASON THREE TRAILER! 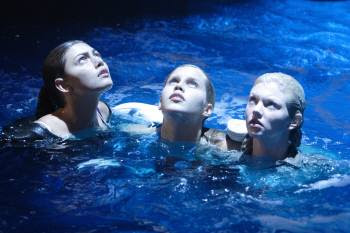 Phoebe Tonkin (“The Vampire Diaries,” “The Secret Circle”) and Cariba Heine (“Dance Academy,” “The Pacific”) both began their careers with starring roles in the Australian TV series “H20: Just Add Water,” which has become the #1 series airing on Teen Nick TV.  The pair plays teens Cleo (Tonkin) and Rikki (Heine), who, along with their friend Emma (Claire Holt) spend their time on the beautiful beaches of the Gold Coast.  However, when they stumble upon an ancient cavern, they’re transformed into mermaids with magical powers. This worldwide phenomenon is set to make a splash this March when Flatiron Film Company releases each fan-favorite season of H20 in three individual, specially-priced releases. Each collectible 4-disc set includes 13 episodes from each season, plus bonus cast photos.

Phoebe and Cariba took time from their busy schedules to answer some questions about the series that launched their careers.

1. How were you cast for H20 - can you tell us a little about what the producers were looking for? Any funny stories about the casting call?

Phoebe:  I had barely been on any auditions before my H20 audition, so I was very giggly and awkward, which turned out perfectly because that’s exactly who Cleo is. I also told the director, Colin Budds, that I was a good swimmer, which I was far from. But I jumped straight into training to prepare after I was cast.

Cariba:  It was a fairly normal casting process, we all read for roles then came back for call backs and then we eventually went up to Queensland (where we shot H2o) and did more chemistry reads and finally swim tests to see if our Stunt Coordinator Mitch would be able to train us up to a level where we could swim with the tails. I think the funniest casting story looking back would have been Mitch’s reaction to Phoebs and I swimming. He said he saw us flailing around in the water and secretly thought 'there's no way I'm ever going to be able to get these two to swim believably like mermaids in 8 weeks'. But he did a brilliant job of training us and in the end, we showed him.

2. Do you enjoy swimming or other water sports?

Phoebe:   I used to hate swimming, now I love it. Sometimes I’ll catch myself doing my mermaid kicks underwater in the ocean!

3. What are you special talents, outside of acting?

Cariba:  I've been dancing since the age of 3.  I'm also a pretty good cook if I do say so myself!

4. In the show, you each have super powers that can sometimes solve problems and sometimes cause things to go astray.  How is that like real life?

Phoebe:  Especially when you are growing up, you learn from your mistakes. Which is exactly what the three girls do throughout the series.

5. The series offers a fun "girl power" message for its audience. Have you heard from fans that have been inspired by particular episodes in the show?

Phoebe:  I think how close these girls are as friends is something that really resonates with fans of the show. It’s nice to see female characters rely and support each other.

Cariba:  I haven't heard about any specific episodes inspiring young girls, but I have spoken to fans that say the series as a whole has been inspiring in terms of the power of friendships. And also feeling different to everyone else, but seeing it as a gift rather than being something negative.

Phoebe:  H20 has opened so many doors for me, I am so grateful for everything that it has done for me. I doubt I would be where I am now without that show!

Cariba: H20 was a really amazing training ground for my acting career, in terms of learning the ropes and etiquette of being on a set and also just the sheer amount of time we spent acting and practicing what we love to do. I’ve also gained lifelong friends from the crew and cast. And now I can swim properly!

7.  How long did it take to put the mermaid costume on? Any problems peeling off the tail?

Cariba: The tails were designed so well that it really only took about five minutes maximum to get us in. There was a system of straps and weights (to get us to a neutral buoyancy in the water) then basically a big zip at the back. Hey presto, you're a mermaid.

Phoebe:  And then we got rolled into the water from the side of the pool!

8. The beach scenes on H20 are amazing. Did you just get to hang out at the beach all day during filming?

Phoebe:  Yes, it was amazing!  To this day I will probably never have such an amazing experience on a job. After we filmed sometimes we would jump into the water and hang out on the beach, and sometimes play basketball during our lunch hour!

Cariba:  I agree -- the beaches in Australia are pretty special.

9. The show is a huge hit in Australia and many other countries, including the United States. How many countries have you visited since the show debuted?

Phoebe:  H20 has brought me to Italy, London, Paris….  It’s been incredible. I remember all these French schoolgirls yelling “Un Petit Siren!!!,” which is “Little Mermaid” in French. It was pretty cool!

Cariba: We had a publicity tour which coincided with the Nickelodeon Awards in London one year. Then Phoebs and I attended a TV & Film Festival in Italy as well which was so much fun. I think we walked basically every main street in Rome over 4 days, and ate exceptionally good food!

10. What projects are you currently working on?

Phoebe:  I’m working with my fellow mermaid Claire Holt on another supernatural show “The Originals”!

Cariba:  I just came off a recurring guest role on “Dance Academy 3” which is always a lot of fun.

Watch what happens when three normal teenage girls growing up on sun-drenched beaches Down Under stumble upon an ancient cavern that transforms their lives forever in Teen Nick’s #1 rated series H20: JUST ADD WATER.  Sure, they face typical teenage problems, but with an added twist – they’re mermaids with magical powers!  This worldwide phenomenon with over 250MM global viewers (whose U.S. ratings have increased by triple digits in 2012), is set to make a splash this March when Flatiron Film Company, a label of Cinedigm (NASDAQ: CIDM), releases each fan-favorite season in three individual, specially-priced releases.  Each collectible 4-disc set includes 13 episodes from each season, plus bonus cast photos sure to thrill the show’s fanatical fan base.

Emma (Claire Holt), Cleo (Phoebe Tonkin) and Rikki (Cariba Heine) are sixteen-year-old girls growing up on the beautiful beaches of the Gold Coast.  For our heroines, life revolves around clothes, the beach and boys – with school as a minor distraction. When they’re accidentally stranded at sea and land on the mysterious Mako Island, they find themselves exploring the eerie, jungle-covered island before becoming trapped in an ancient cavern beneath a volcano.  As they swim to safety through an underwater channel, the light from a full moon creates a mysterious glow in the water.  After they return to the mainland, however, they discover they’ve undergone a transformation that will change their lives in magical ways.

In H20: JUST ADD WATER: THE COMPLETE SEASON ONE, the girls enlist the help of Cleo's friend, Lewis McCartney (Angus McLaren), who attempts to discover the secret behind their transformations.  When local bad boy Zane Bennett (Burgess Abernethy) is rescued from a sinking boat by Emma, he sees “something” under the water and embarks on a hunt for the mysterious creature lurking out at sea. When new girl Charlotte (Brittany Burnes), crashes the scene in THE COMPLETE SEASON TWO, everything changes -- she’s ambitious, determined, and wants to become a mermaid herself.  And, in THE COMPLETE SEASON THREE, Cleo and Rikki face their last year of high school without Emma, who’s gone overseas and a new girl, Bella (Indiana Evans), is revealed as a mermaid from the sea caves of Ireland.

H2O: JUST ADD WATER is created and produced by Jonathan M. Shiff in association with Nickelodeon®. A new 26-episode “spin-off” series, Secret of Mako Island, will premiere in 2013. 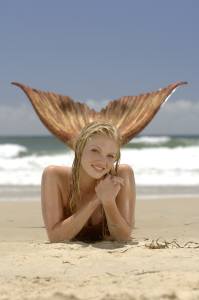 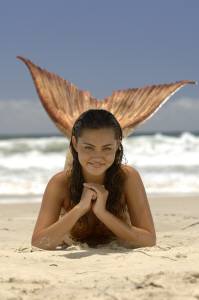 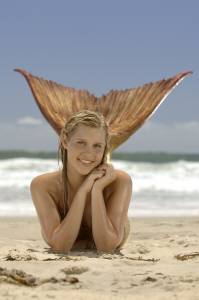 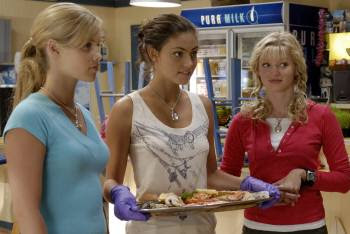 Disclaimer-Thanks to Flatiron Film Company & Foundry Communications for providing DVDs for review and giveaway purposes.   All opinions are our own.