ACT OUT: Win 4 Tickets to THE EMPEROR’S NEW THREADS: A FASHION STATEMENT at Lifeline #giveaway #sponsored 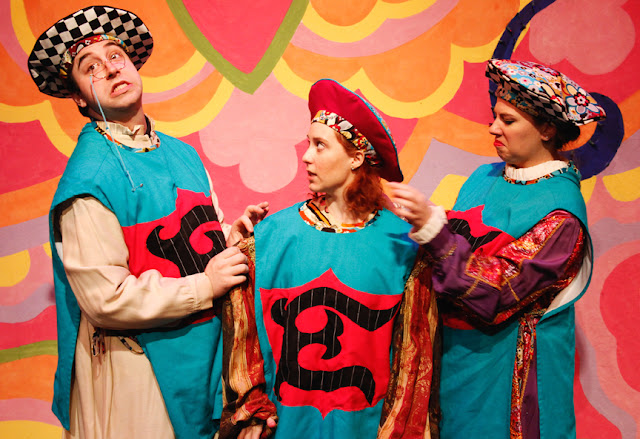 Plus Stories Come Alive! Hour Workshops Every Saturday and Sunday During the Run

Lifeline Theatre has long been one of ChiIL Mama's favorites for fabulous family friendly fare.    So we're super stoked to be able to offer our readers a free family 4 pack of tickets to the show of your choice ($60 value).   Enter below through midnight Thursday, April 4th.   Winners will be announced Friday.   Click the Rafflecopter link to enter.  (Disclaimer:   Thanks to Lifeline for providing tickets for our giveaway.  All opinions are our own.)

ChiIL out with ChiIL Mama at some of the best children's theatre in town!

The Emperor is beloved as a chic trendsetter, but his ridiculous fashion tax is bankrupting the country. Determined to be a hero for the ages, one young girl travels to the royal palace to confront the superficial ruler and teach him a lesson about what really matters. Soon, however, a devious con man hatches a sinister plot to send the Emperor out among the people in nothing but his birthday suit, and only our heroine can save "His Royal Groovyness" from a world of embarrassment — but should she? Produced by special arrangement with Playscripts, Inc. (www.playscripts.com). The production runs approximately one hour with no intermission and The Emperor’s New Clothes will be on sale in the lobby.

The Emperor’s New Threads: A Fashion Statement runs Saturday, March 23 – Sunday, April 28 at Lifeline Theatre, 6912 N. Glenwood Ave.  Regular performance times are Saturdays and Sundays at 11 a.m. and 1 p.m.  There are no performances on Easter Sunday, March 31. Tickets are $15 and may be purchased at the Lifeline Theatre Box Office, 773.761.4477, or by visiting www.lifelinetheatre.com.

PLUS: Join Lifeline Theatre every Saturday and Sunday at 12 p.m. during the run of The Emperor’s New Threads: A Fashion Statement (following the 11 a.m. show, or before the 1 p.m. show) for our Stories Come Alive! Hour. Children of all ages will get up close and personal with the book that inspired the play in an interactive storytelling session, followed by theatre games exploring the characters, plot, and themes of the play. The cost is only $10 per child. Reservations are encouraged, though not required. Contact the Lifeline Theatre Box Office at 773-761-4477 for more information. There is no workshop on Easter Sunday, March 31. 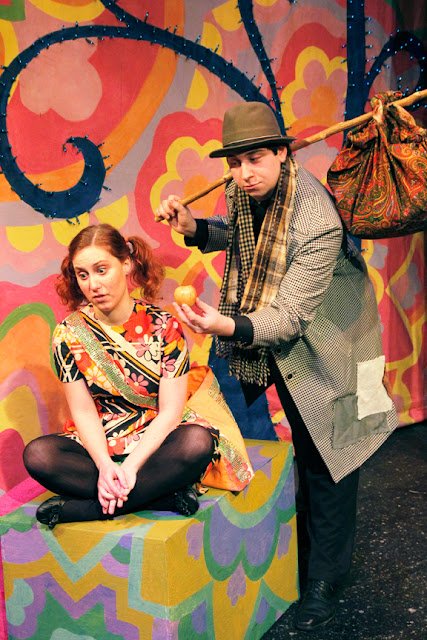 The complete cast and production team for The Emperor’s New Threads: A Fashion Statement includes:

Now in its 30th season, Lifeline Theatre specializes in original literary adaptations. Its ensemble of artists uses imaginative, unconventional staging to portray sprawling stories in an intimate space. Lifeline is committed to promoting the arts in its Rogers Park neighborhood and is an anchor of the Glenwood Avenue Arts District.  We aspire to create art that is relevant to our culturally diverse, increasingly youthful neighborhood.  Lifeline Theatre – Big Stories, Up Close.

Founded in 1982, Lifeline is known for staging innovative adaptations of great works of fiction as well as commissioning original work. Over the course of thirty years and more than one hundred and fifty productions, Lifeline Theatre has made an indelible mark on the Chicago theatre scene and an invaluable contribution to the theatre world at large. Lifeline’s dedicated artistic ensemble has developed a total of one hundred world premiere literary adaptations and thirteen original plays, two dozen of which have had a life beyond their Lifeline premieres, with nearly one hundred and fifty subsequent productions spread across more than thirty U.S. states, four Canadian provinces, England, and Ireland. Additionally, two scripts developed at Lifeline Theatre have gone on to U.S. national tours, and nine have been published.

Lifeline Theatre has garnered a total of forty-eight Jeff Awards (Equity and Non-Equity), including fourteen for New Adaptation or New Work, and twenty-one After Dark Awards. The critics have said, “Few American theaters can do this kind of thing – with such imagination, dignity, humor and judicious restraint – quite like the master storytellers at Lifeline.” (Chicago Tribune, 5/12/10); and “Lifeline raises the bar on family theatre.” (Chicago Parent, 5/29/11). 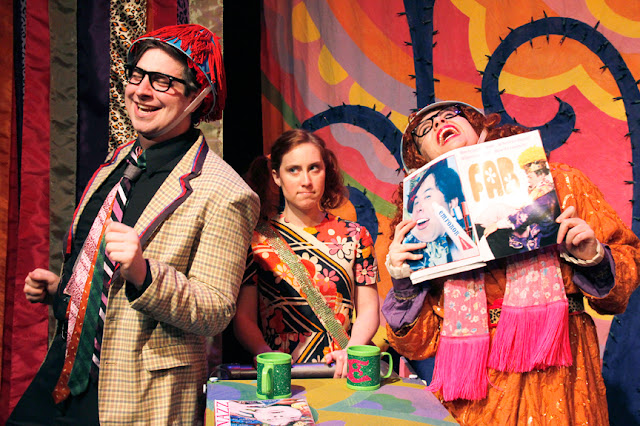 Posted by Bonnie Kenaz-Mara at 9:01 AM