AT THE NORTH SHORE CENTER FOR THE PERFORMING ARTS 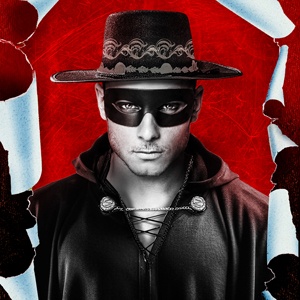 Tickets Now on Sale for this Regional Premiere, in Association with Ensemble Español, an Unforgettable and Action-Packed Experience with a Captivating Flamenco-Based Score by the International Pop Sensations, Gipsy Kings, Directed by Adrian Abel Azevedo, Music Directed by Justin Akira Kono and Choreographed By Laura Savage

Run time is approximately 2 hours and 45 minutes, including one 15 minute intermission.

Music Theater Works is proud to present the regional premiere of Zorro: The Musical at the North Shore Center For The Performing Arts In Skokie, 9501 Skokie Blvd, Skokie, August 11 -  August 21 as the third production of its 2022 season with music by Gipsy Kings and John Cameron, lyrics by Stephen Clark, book by Clark and Helen Edmundson, directed by Adrian Abel Azevedo, music directed and conducted by Justin Akira Kono with choreography by Laura Savage. I'll be out for the press performance on August 12th, so check back shortly after for my full review.

The performance schedule includes a preview performance Thursday, Aug. 11 at 1 p.m. with press opening Friday, Aug. 12 at 8 p.m. The running time is 2 hours and 45 minutes, including a 15 minute intermission. The performance schedule is Wednesdays at 1 p.m., Fridays at 8 p.m. Saturdays at 2 and 8 p.m. and Sundays at 2 p.m. Tickets are now on sale from $39 to $106 and tickets for guests 25 years old and younger are half-price at MusicTheaterWorks.com.

Brace yourself for extraordinary aerial acrobatics, spectacular sword-fighting and incredible magic in the theater as Music Theater Works tells the tale of the legendary swordsman and defender of justice in Zorro: The Musical. Zorro has captured the imagination of millions for over a century, in books, movies and television—now he takes the stage in a thrilling original musical. Don Diego de la Vega, a wealthy caballero, lives a double life as a masked hero entangled in adventure and romance, fighting to protect his people from tyranny, and to win the love of the beautiful Luisa.

In association with Ensemble Español, this regional premiere is an unforgettable and action-packed experience, with dazzling choreography and a captivating Flamenco-based score by the international pop sensations, Gipsy Kings.

Ticket prices range from $39 to $106 and tickets for guests 25 years old and younger are half-price.

1980. During its 40-year history it has presented more than 150 productions and intimate presentations. Music Theater Works is a professional theater company whose mission is to present works for the musical stage including historic repertoire, revitalizing the Golden Age of Broadway and earlier works, celebrating the Great American Songbook and introducing modern classics. The company uses collaborations among theaters, other artistic disciplines, social service agencies, local business, educational institutions and others to create music theater for the 21st century.

Audiences know that at Music Theater Works they will experience musical theater, which is often unavailable on the stages of commercial theaters and opera houses, in beautiful, colorful modern productions with professional artists and live orchestra.