Fall's Gonna Be LITTT for 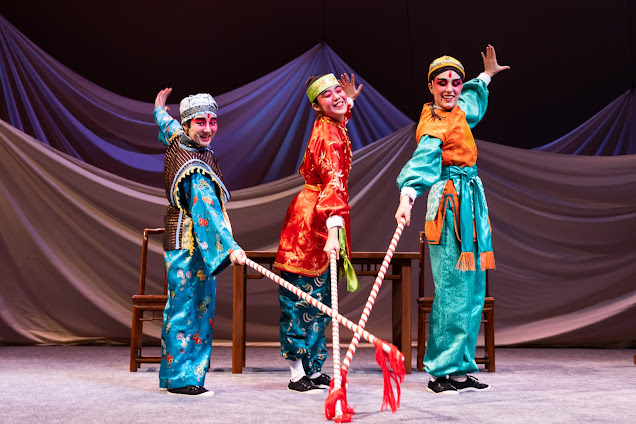 All Photos of past Imagine U Productions Courtesy of Northwestern University

Northwestern University is launching a unique community-based theater arts partnership with Evanston/Skokie School District 65 and Imagine U, the nationally recognized producer of theater for young audiences at The Virginia Wadsworth Wirtz Center for the Performing Arts. The partnership, Learn and Imagine Together Through Theater (LITTT), begins in the 2022-2023 academic year.

Community partnership can serve as a 'catalyst for advancing racial equity'

LITTT is a co-created community partnership developed by Northwestern and District 65, which is coordinated through the Office of Neighborhood and Community Relations. It is the University’s newest social impact partnership. Dave Davis, executive director of Neighborhood and Community Relations, said the program is designed to make live theater more accessible to hundreds of young people. 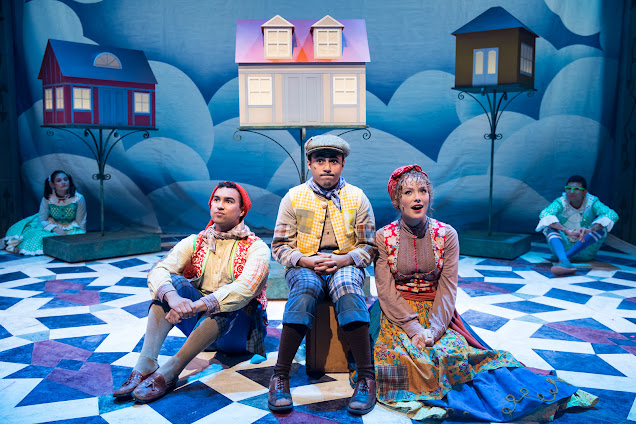 “The creative power of the arts crosses all cultural barriers, reminding us of our shared human heritage,” Davis said. “Co-created community partnerships such as LITTT can serve as a catalyst for advancing racial equity by exposing young people to artists who look like them and providing them an opportunity to see themselves in a way they never imagined.”

Lynn Kelso, founder of Imagine U and assistant professor of instruction in Northwestern’s theatre department, agrees that theater can be a powerful experience for young audiences. Kelso said Northwestern students will also benefit from the LITTT partnership.

“The partnership provides our students with the opportunity to step into the role of teaching artists while being mentored by outstanding District 65 teachers,” said Kelso. As the partnership develops, “it also presents an incredible opportunity to conduct groundbreaking research on the impact of the arts.”

In the fall of 2022, The Virginia Wadsworth Wirtz Center for the Performing Arts will create weekday matinee performances of an Imagine U production just for District 65 students. Third-grade students, approximately 800 students from across the district, will take a field trip to Northwestern’s Evanston campus to see the Imagine U performance. For many students, this will be their first time experiencing live theater—and possibly their first exposure to a college campus. While on campus, students will meet the cast and production team and have lunch.

Making theater more accessible, allows young people to 'walk in the shoes of others'

Prior to coming to campus, District 65 students participate in a classroom activity that is designed to introduce the production and engage students with complex themes they’ll witness in the play. Students will also watch a virtual backstage tour of the Wirtz Center to see how elements of the production were created.

The learning continues after the play when the students return to the District 65 drama classroom. District 65 drama educators will lead students in one or two lesson plans, which revolve around the production to deepen their experience of seeing live theater. These drama lessons will help immerse students in the world of the play through dramatic skills such as pantomime, story dramatization, in-role encounters, scene work, storytelling, guided imagery, and other embodied creative activities.

“This unique partnership with Imagine U brings District 65 students and teachers together as a community to experience powerful storytelling and artistry live and up close,” said Quinn. “Attending theater productions and engaging in drama classes develops empathy in young children by allowing them to walk in the shoes of others and see the world through their eyes.”

“I’ve long been interested in narrowing the distance between ivory tower and front porch, and engaging Evanston’s children in our theatre for young audiences programming is a critical part of this effort,” said E. Patrick Johnson, dean of the School of Communication. “Not only will LITTT help us better connect with and relate to our neighbors, we’re helping to build a more compassionate, joyful and curious generation through exposure to the arts.”

The curriculum collaboration component of LITTT was piloted in Fall 2021 with the Imagine U production “Last Stop on Market Street.” Forty-five fourth-grade classrooms in District 65 viewed a recording of the production, which was streamed to their classrooms. D65 drama educators then led a 40-minute drama lesson which was collaboratively developed by Northwestern faculty and students. 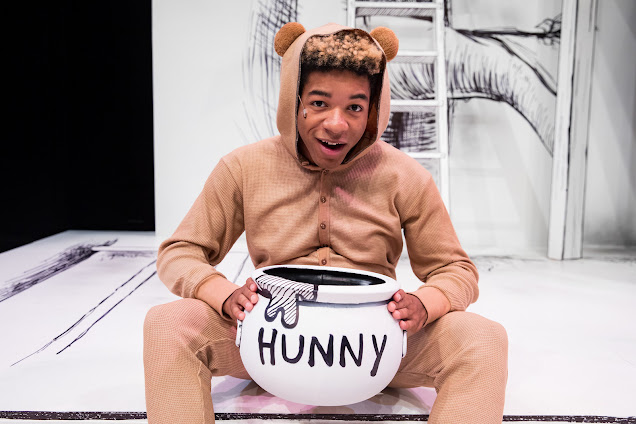 For more than a decade, The Virginia Wadsworth Wirtz Center for the Performing Arts  at Northwestern has presented Imagine U’s popular performance series. Created especially for families with young children, the productions are often adapted from or inspired by children’s literature and include sensory-friendly performances, post-show workshops with teaching artists and the cast, and a program with themed activities to take home. In 2021, the National Theatre of Washington D.C. commissioned Imagine U to create another season of their “Life Now” series for its "Saturday Morning Live" programming.

About the Virginia Wadsworth Wirtz Center for the Performing Arts

The Virginia Wadsworth Wirtz Center for the Performing Arts annually mounts more than 40 productions in theater, music theatre, and dance. Undergraduate actors, managers and playwrights, alongside graduate actors, designers, directors and dramaturgs, collaborate on works both classic and contemporary for audiences of all ages. The Center adheres to and reflects the academic mission of the University, the curricular needs of the theatre and performance studies departments and the educational priorities of communication students. It exists in service to the campus and the greater community of the Metropolitan Chicago area.

Posted by Bonnie Kenaz-Mara at 3:41 PM