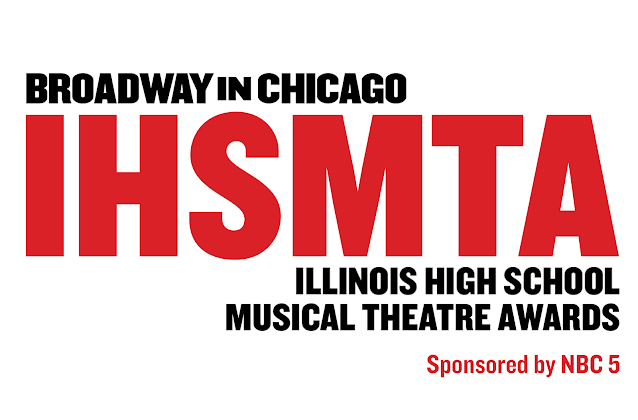 Come check out the future famous!

Both of my kids were in their high school musicals, as was I, so we know what a great experience shows can be for the young people involved. Every year since it's inception, we've been happy to spread the world about The Jimmy Awards®/The National High School Musical Theatre Awards® (NHSMTA®). They're back in person for 2022 on Monday, May 23rd, so get your tickets today.

Broadway In Chicago is thrillified to announce the 24 nominees for the 2022 Broadway In Chicago Illinois High School Musical Theatre Awards (IHSMTA), which celebrates excellence in high school theatre throughout the State of Illinois and is the regional program that feeds into the National High School Musical Theatre Awards also known as The Jimmy Awards®.

The nominees (24 high school performers) selected from over 200 student applicants from 76 participating schools across the state of Illinois have been invited to participate in the Awards program, which will be held at the Broadway Playhouse at Water Tower Place (175 E. Chestnut) on Monday, May 23, 2022, at 6:30 PM, hosted by Program Sponsor NBC 5’s entertainment reporter LeeAnn Trotter. Additionally the ceremony will feature a student group number number and Broadway workshop supported by WICKED. The students are taught the music number and are staged by a show representative and given the experience to work with a Broadway professional on a Broadway stage. Additionally, the show representative sits on the panel of judges made up of industry professionals in the city of Chicago to adjudicate and select the top 6 finalists along with Best Actor and Best Actress.

The 2022 program will be in person on the Broadway Playhouse stage for the first time since the COVID-19 pandemic lead to 2 years of virtual events. This year, from the twenty-four nominees, two Illinois award recipients (one Best Actor, one Best Actress) will go on an all-expense-paid trip to New York City to represent the State of Illinois at The Jimmy Awards® and participate in a week-long theatre intensive of coaching and rehearsals with industry professionals in preparation for a one-night-only showcase on Broadway, where a panel of judges crowns the nation’s top performers. The Jimmy Awards® are named for legendary Broadway theater owner and producer James M. Nederlander. Broadway In Chicago is a Nederlander presentation and is excited to be a part of the network of theatres across the country participating in The Jimmy Awards®.

The 76 participating high schools involved in the program are given opportunities to see Broadway In Chicago shows and receive invitations to special events throughout the year. In years past, students performed with the casts of DEAR EVAN HANSEN and HAMILTON at Broadway In Chicago’s Summer Concert at Millennium Park, and performed with HAMILTON Chicago Company’s Miguel Cervantes (Alexander Hamilton) at the Illinois Bicentennial Birthday Party at Navy Pier. Most recently students performed at Sunday’s On State, the Chicago Loop Alliance activation inviting people back to the loop after the effects of the COVID-19 pandemic.

ABOUT THE JIMMY AWARDS®

The Jimmy Awards®/The National High School Musical Theatre Awards® (NHSMTA®) program impacts more than 140,000 students who participate in 46 regional high school musical theatre competitions sponsored by presenters of touring Broadway productions throughout the United States. Named for Broadway impresario James M. Nederlander, the program has been the catalyst for more than $5,000,000 in educational scholarships. Presented by The Broadway League Foundation, the NHSMTA invites one Best Actress and one Best Actor nominee from each local regional ceremony to New York City for a week-long theatre intensive that includes coaching, training, and rehearsing led by some of Broadway’s most accomplished professionals. Nominees will spend one week in New York City from Monday, June 20, 2022, through Tuesday, June 28, 2022, and their combined efforts throughout the week will lead to one extraordinary talent showcase performed live in front of an audience on a Broadway stage. The thirteenth annual Jimmy Awards will take place on Monday, June 27, 2022, at the Minskoff Theatre. For more information, please visit www.JimmyAwards.com.

WICKED, the Broadway sensation, looks at what happened in the Land of Oz…but from a different angle. Long before Dorothy arrives, there is another young woman, born with emerald-green skin—smart, fiery, misunderstood, and possessing an extraordinary talent. When she meets a bubbly blonde who is exceptionally popular, their initial rivalry turns into the unlikeliest of friendships…until the world decides to call one “good,” and the other one “wicked.”

From the first electrifying note to the final breathtaking moment, WICKED —the untold true story of the Witches of Oz—transfixes audiences with its wildly inventive story that USA Today cheers is “a complete triumph! An original musical that will make you laugh, cry, and think.”

Single tickets will go on sale on May 23, 2022. However, you can purchase group tickets now by visiting https://www.broadwayinchicago.com/tickets/groups/

NBC 5 (WMAQ-TV) is the NBC Universal owned-and-operated station in Chicago. In partnership with Telemundo Chicago (WSNS-TV) as a duopoly station, NBC 5 serves the incredibly diverse and bilingual audiences throughout the city and suburbs. As the third largest television market, NBC 5 provides news, weather, community initiatives and more for the Chicago metropolitan area, as well as, areas of northern Illinois and northwest Indiana. NBC 5 features daily local news on “NBC 5 News” and local lifestyle content on “Chicago Today.” All original content is available on-air, across streaming platforms, on NBCCHICAGO.COM and on the NBC Chicago Mobile App.

SPL is a full-service event production and system installation company. We provide production services for corporate meetings, galas and fundraising parties, marketing activations, and anything between – we’re always up for a challenge. We offer permanent installation services for a variety of venues in fields such as live performance, education, worship, and hospitality. Our goal for any project is to provide an unparalleled experience and service. www.splchicago.com

​Jennifer Heim Photography specializes in live stage, rehearsal and headshot photography. Having shot over 900 productions and countless headshots, Jennifer is able to capture the emotion of a scene and create images that portray character depth and beautiful lighting design. Being a director and choreographer, she can anticipate blocking and movement to capture the best moments of your production for IHSMTA submissions. You want your students to stand out in their college auditions. Jennifer teaches them how to be in front of the camera to perfectly capture their personality for college auditions. www.jenniferheimheadshots.com

Broadway In Chicago was created in July 2000 and, over the past 20 years, has grown to be one of the largest commercial touring homes in the country. A Nederlander Presentation, Broadway In Chicago lights up the Chicago Theater District entertaining more than 1.7 million people annually in five theatres. Broadway In Chicago presents a full range of entertainment, including musicals and plays, on the stages of five of the finest theatres in Chicago’s Loop, including the Cadillac Palace Theatre, CIBC Theatre, James M. Nederlander Theatre, and just off the Magnificent Mile, the Broadway Playhouse at Water Tower Place and presenting Broadway shows at the Auditorium Theatre.