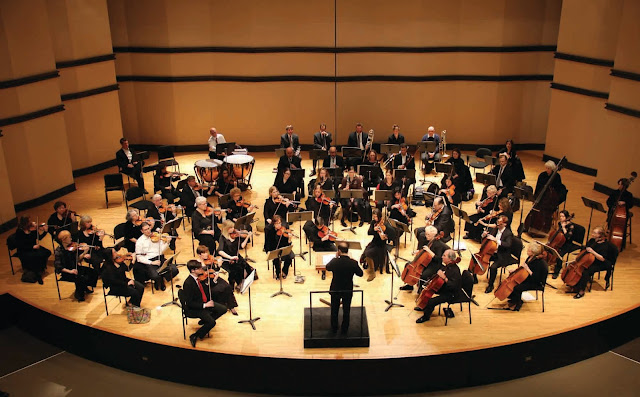 
Highland Park Strings, under the direction of Principal Conductor Dr. Robert G. Hasty, is pleased to conclude its 40th anniversary season with THE NEW WORLD SYMPHONY, a free concert on Sunday, May 19, 2019 at 3 pm at Highland Park High School, 433 Vine Ave. in Highland Park. The concert will feature Highland Park High School graduate cellist Ben Fried, who will perform the extraordinarily difficult Concerto No. 1 by Shostakovich. The Strings will close the season with the New World Symphony by Dvorak. Admission is FREE. For additional information, visit hpstrings.org.

The full concert line up for includes:

SHOSTAKOVICH
Concerto for Cello No. 1 in E-flat Major, Op.107

DVORAK
Symphony No. 9 in E Minor, Op. 95 (“From the New World”)
Sponsored by The Rotary Club of Highland Park/Highwood

About the Artists
Dr. Robert G. Hasty (Principal Conductor) begins his second full year as Principal Conductor of the Strings, having quickly become beloved by the orchestra and the audience. Dr. Hasty is the conductor of the Chamber Orchestra and the Philharmonia of the Henry and Leigh Bienen School of Music at Northwestern University where he also serves as the Associate Director of Orchestras. He is also the Music Director of the Kenosha and the Skokie Valley Symphony Orchestras and Artistic Director of the International Schools Choral Music Society. Dr. Hasty began his career teaching music in the public schools in Southern California. A noted researcher in music cognition, Dr. Hasty is the author of two publications delivered at the 7th International Conference on Music Perception and Cognition in Sydney, Australia. As a conductor, Dr. Hasty has appeared with the All-American College Orchestra at Walt Disney World, Beijing Youth Orchestra and the Elmhurst and Grant Park Symphonies, among many others. He also continues to perform as a freelance violinist and violist. These days, you will find him fiddling in several Chicagoland clubs and venues with various local bands, most notably performing and recording with his wife, singer-songwriter Christina Trullio. 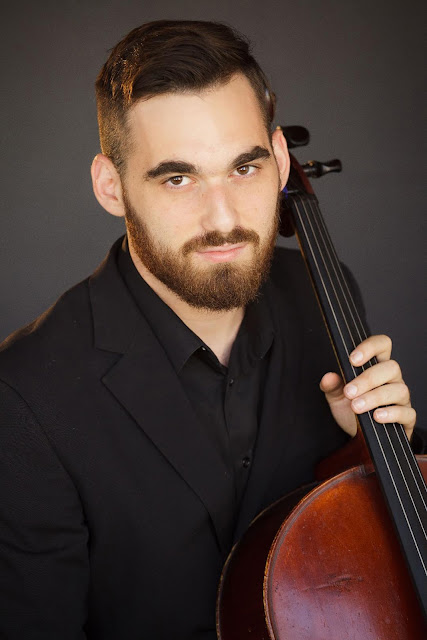 Ben Fried (Soloist, Cello) Born in Highland Park, Fried is carving out a versatile career as a soloist, chamber musician and composer. He has performed several times on WFMT, and twice on National Public Radio. While a student at Eastman School of Music, he was chosen to receive the prestigious Performer’s Certificate, and went on to win the school’s concerto competition. He is a prize winner of the Grand Prize Virtuoso Competition, the Eastman Honor’s Music Competition and the St. Paul String Quartet Competition. He performs regularly on tour for the Heifetz International Music Institute and is a 2018 “artist in residence” at the Festival. He is currently pursuing a doctorate in cello performance at the University of Southern California under the tutelage of Andrew Shulman. Previous cello teachers include Timothy Eddy, Steven Doane and Hans Jensen. Also a dedicated composer, he studies composition under Morten Lauridsen at USC and frequently performs his  own works internationally.

About Highland Park Strings
Founded by co-principal cellist Lawrence Block in 1979, the Highland Park Strings is an ensemble composed primarily of accomplished amateur chamber musicians (now supplemented by young professionals) who relish the joy of making music together. From its inception, the mission of the Strings was and remains to provide concerts FREE of charge for the community, a unique arrangement made possible through the sponsorship of the Park District of Highland Park, YEA! Highland Park, the Negaunee Foundation and the generous philanthropy of individual donors and businesses. This "little miracle" in Highland Park, so aptly described by the Chicago Tribune, has become core to the cultural fabric of the community, playing to capacity audiences for each performance.