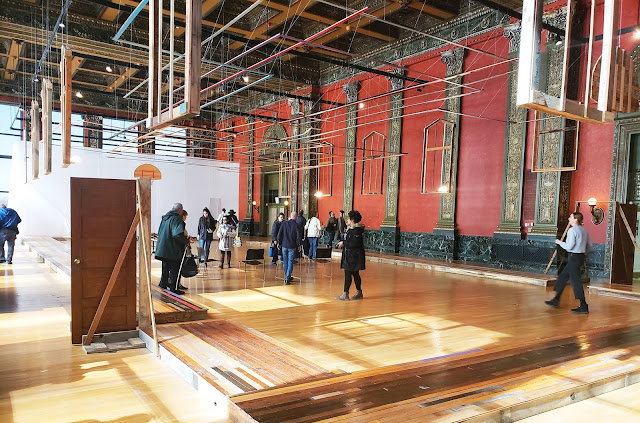 
An Extraordinary Rendition is conceived as a response to Goat Island’s first performance, Soldier, Child, Tortured Man (1986), and explores notions of systemic violence through varied references to militarization, spectacle, fraternity hazing rituals, and abstracted cheerleader routines.
Strobe lighting effects will be used during this performance
Chicago Cultural Center, 78 E. Washington St.
Admission is free and open to the public

In conjunction with the city's Year of Chicago Theatre, nine national and international performance groups and artists have been commissioned to develop and present new work, each inspired by one of Goat Island's original performances. A tenth performance created from fragments of the nine new responses will be presented in June during a week of concluding events.

All exhibitions and performances, including goat island archive–we have discovered the performance by making it, at the Chicago Cultural Center, 78 E. Washington St., are presented by the Department of Cultural Affairs and Special Events (DCASE).