Here at ChiIL Mama & ChiIL Live Shows, we're jazzed for the season opener at Court Theatre. Sax is my favorite instrument and with the impressive staying power of 63 years of history, Court Theatre has never steered us wrong. Finally, director Ron OJ Parson is a ubiquitous part of Chicago's theatre scene, and a favorite of ours. This will be Ron's first musical at Court.

"Ron OJ Parson and Felicia Fields have pulled together an incredible team for Five Guys Named Moe," says Charles Newell, Marilyn F. Vitale Artistic Director. "This show marks Ron's first musical at Court, and this production is going to make a lot of people bounce!  It will be a great way to launch the season."

"We are excited to produce this show in Court's intimate setting," says Resident Artist Ron OJ Parson. "We will keep Louis Jordan's spirit alive as we tell this story, and we'll have a lot of fun with our audiences along the way." 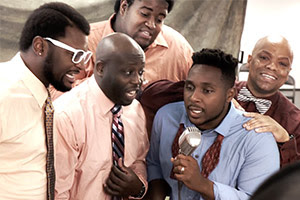 FELICIA P. FIELDS (Associate Director) was last seen at Court stage headlining her own concert and in Seven Guitars. She is best known for her portrayal of Sofia in the Broadway musical The Color Purple, for which she received a Tony nomination, Clarence Derwitt Award, and several other awards. She has performed in shows at the Marriott, Goodman, Milwaukee Rep, Drury Lane, Broadway in Chicago, Northlight, Theatre at the Center, and more as well as many productions throughout the United States and Canada, commercials, voice-overs, and films. Felicia has received several Jeff nominations, garnering one for Sophisticated Ladies. TV: Chicago Fire, Sense 8,and Who gets the dog? She travels regularly throughout the United States with productions of Low Down Dirty Blues and I’ll Take You There. She can be seen next in the film Slice with Chance the Rapper.

STEPHEN ‘BLU’ ALLEN (Nomax) makes his Court Theatre debut. Previous Chicago credits include In The Heights and The Scottsboro Boys with Porchlight Music Theatre. He was last seen in Jesus Christ Superstar at The Paramount Theatre.

DARRIAN FORD (Little Moe) A Chicago native, Ford moved to New York City at 18 to dance in the companies of Alvin Ailey and Donald Byrd/The Group. He made his Broadway debut as Charlie in State Fair, and appeared in The Who's Tommy(Broadway/First National), as well as the first national Broadway tours of Smokey Joe’s Cafe and The Color Purple. He co-starred opposite Halle Berry in HBO's Introducing Dorothy Dandridge and had a recurring role on Disney's That’s So Raven. The Cooke Book: The Music of Sam Cooke, Ford’s original concept concert, opened in 2008 and also tours nationally. His new original vocal jazz album, The New Standard, will release September 30, 2017.

ERIC A. LEWIS (No Moe) was last seen in the off-broadway hit, Spamilton. Chicago credits include Jimmy Early in Dreamgirls at Porchlight Theatre, which earned him a Jeff Award; Disney’s The Little Mermaid, In the Heights, and Tommy (Paramount Theater); My Way, Women on the Verge and All Shook Up (Theater at the Center); Parade at BoHo Theatre; and How to Succeed in Business…, Sister Act, and Seussical(Marriott Theatre); and Once Upon a People (Black Ensemble Theater). Regional credits: Fireside Theatre, Dreamgirls at Milwaukee Rep. 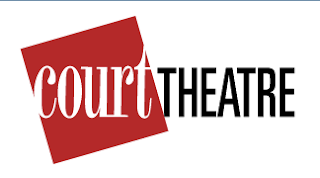 Subscription Information
Five, four, and three play subscriptions to Court’s 2017/18 season range from $96 to $300 and are on sale now. To purchase a subscription or to receive more information, call the Court Theatre Box Office at (773) 753-4472, or visit Court’s website at www.CourtTheatre.org. Individual tickets for all shows will be available on August 1st.