CLOSING: Final Chance to See Heartache and Hilarity In ‘STILL DANCE THE STARS’ at Chicago Dramatists Through 9/15 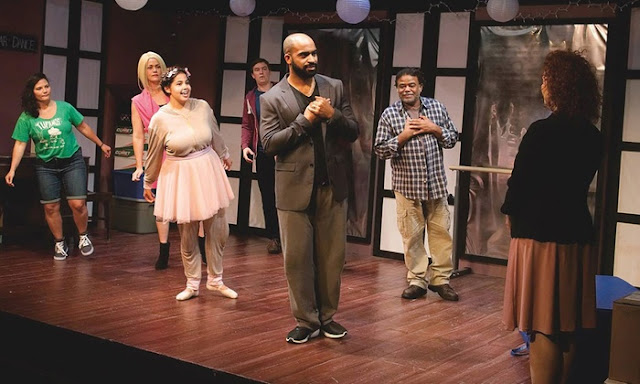 REVIEW:
Here at ChiIL Live Shows and ChiIL Mama, It was our great pleasure to partner up with the theatre and give away 3 pairs of tickets to some of our lucky readers. We also caught the show ourselves last Tuesday and loved it. This poignant and heart-wrenching story redefines love and loss and coping. It's quite funny at times, and full of charm, with all those messy, magical, raw moments that make being human the wacky experience it is. Catch it while you can! Recommended for tweens and up.

Still Dance the Stars at Chicago Dramatists is an emotional rollercoaster complete with a menagerie of stuffed animals, reverse anthropomorphism, and the joys and tribulations of family love. This world premiere features a cast from across the country including 3 Elmhurst natives who now live and work in New York. 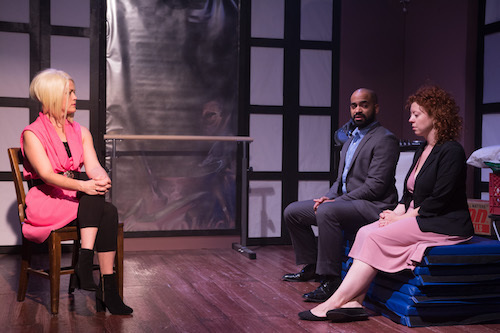 About the Show:
New Light Theater Project and Chicago Dramatists present the World Premiere of Still Dance the Stars, a highly theatrical story based on the struggles of love in the face of unthinkable loss. Directed by the Founding Artistic Director of New Light Theater Project, Sarah Norris, and written by highly acclaimed American playwright, Jayme McGhan, this work takes on the struggles of marriage in a unique and fictitious manner that has never been seen before on stage.

This play is the recipient of the renowned Chicago Dramatists’ Grafting Project, a project designed to partner with theatre companies to produce Resident Playwright’s world-premiere plays. An energy packed performance filled with both romance and comedy that keeps the audience on the edge of their seats, Still Dance the Stars is on stage for a limited time engagement at Chicago Dramatists, 1105 W Chicago Ave.

Still Dance the Stars tells the story of James and Anne, the viral Internet proposal sensation couple that has hit a rut in their sixth year of marriage. The night before another nationally televised interview on the proposal story, these two get into a drunkenly infused battle with a box of stuffed animals over the fate of their marriage. One of these stuffed animals, Hope the Hippo, comes to life to make it her quest to save the marriage of James and Anne and rekindle the flame of love they once shared.  “This play takes the idea of heartache and infuses it with comedy and dance, creating a storyline for the whole audience to enjoy,” says McGhan. “This story brings to life a couple’s biggest struggles and triumphs in a unique yet relatable fashion. It is a performance you will most definitely not want to miss.” 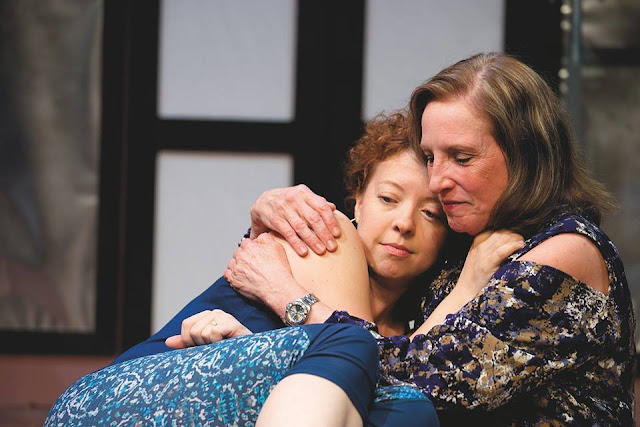 Performances for Still Dance the Stars are as follows:  Tuesday through Saturday at 7:30 p.m. and Sunday at 6:00 p.m. There will not be a performance on Sunday, Sept 3rd. Performances are at Chicago Dramatists (1105 W Chicago Avenue). Tickets are $35. To purchase tickets, visit http://stilldance.brownpapertickets.com. About New Light Theater Project (NLTP)

New Light Theater Project (NLTP) is an ensemble-driven theater company that strives to capture the Little Theater Movement (artistry over commerce; producing new and classic works) in the NYC indie theater community. To accomplish this, NLTP places the ensemble at the center of the process, where all members, regardless of artistic role, bear weight and voice to the stories selected to tell. NLTP devises and develops new work, brings classical texts and revivals to life, and creates a spirit of community for all theatrical collaborations. NLTP illuminates other artists and companies through a network of shared resources, such as The Darkroom Series, while cultivating theatrical partnerships around the world. For more information, visit newlighttheaterproject.com.

About Chicago Dramatists Since 1979, Chicago Dramatists has been dedicated to the development and advancement of playwrights. Chicago Dramatists nurtures extraordinary playwrights with the space, resources, and collaborators needed to realize new work and thrive as artists. Workshops, readings, classes, and special programs, provide opportunities for beginning and established dramatists to develop their work, expand their professional affiliations, showcase their plays and collaborate with actors, directors, and audiences during the creative process. For more information, visit chicagodramatists.org.
Posted by Bonnie Kenaz-Mara at 5:35 PM