SUMMER SPECIAL: TICKETS TO THE CRITICALLY ACCLAIMED CHICAGO PRODUCTION OF “SPAMILTON”
$35 ON TUESDAYS AND WEDNESDAYS 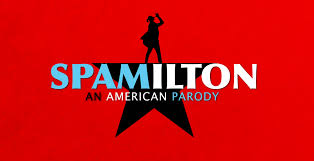 Here at ChiIL Mama & ChiIL Live Shows we highly recommend Spamilton. This show is more of an irreverent roast of Lin-Manuel Miranda and the whole Broadway musicals genre than a parody of Hamilton in particular, though it does include brilliantly funny lyric rewrites of Hamilton tunes. Both of my teens adored it as much as I did, and we all laughed early and often throughout the show. It's fabulously funny and exceeded all our expectations.

This wickedly witty and wonderful production is an absolute must see for anyone familiar with Hamilton and/or Broadway musicals. Don't miss this! 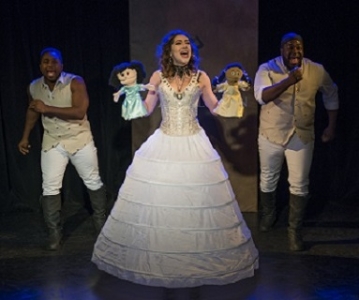 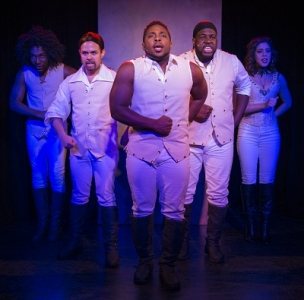 The producers of “Spamilton,” the critically acclaimed parody of “Hamilton,” announced that select tickets to the Chicago production are available for Tuesday and Wednesday evening performances for $35.  The critically hailed production is now playing in an open-ended run at the Royal George Theatre (1641 N. Halsted).

“Spamilton,” which was initially scheduled in New York as an exclusive 18-performance off-Broadway engagement, has extended three times and is now playing its twelfth smash month of an open engagement, transferring this week to a larger venue, the 47th Street Theatre in the heart of New York’s Theatre District. The New York production earned rave reviews across-the-board, with Ben Brantley of The New York Times calling it “smart, silly and convulsively funny!” and Lin-Manuel Miranda exclaiming “I laughed my brains out!” In its Chicago premiere, the local cast received additional acclaim, with critics hailing the production “endlessly entertaining” (Performink), “A Must-See!” (BroadwayWorld.com), and “razor sharp and filled with wit and humor” (Chicago Theatre Review). On Opening Night, cast members from the Chicago production of “Hamilton” were in the audience, and following the performance, Wayne Brady called the production “Amazing! It’s the perfect blend of funny and parody. Go see ‘Spamilton!” 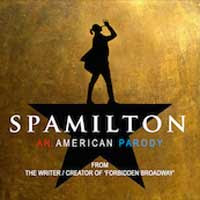 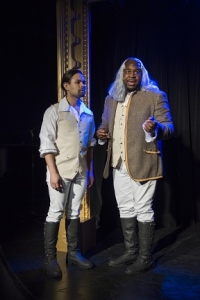 Posted by Bonnie Kenaz-Mara at 1:49 PM