Playing now through May 28 at
Chicago Children's Theatre
the Ruth Page Center for the Arts
1016 N. Dearborn, Chicago 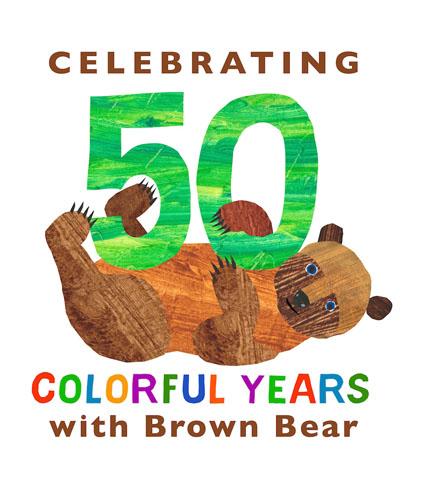 I've seen this whimsical and wonderful show three times over the years and it's as charming as ever. Mermaid Theatre of Nova Scotia is world renowned and their shows leave a lasting impression. I took my kids to see this show when they were toddlers, and the production was playing Bookamania at the Harold Washington library. We later caught them again in partnership with Chicago Children's Theatre. These vibrant puppets bring Eric Carle's treasured books to life in a delightful way that's sure to charm children and parents alike. Highly recommended! Click here to check out our past Brown Bear coverage (including our wacky story involving tattoos and toddlers who just can't wait to pee). 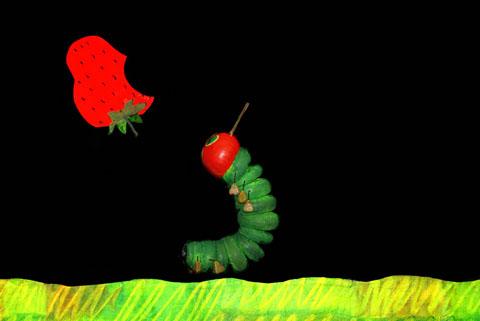 Celebrating the bedside book's fiftieth anniversary, Brown Bear, Brown Bear has introduced countless toddlers to the delights of identifying colors and objects. Now many of Carle's current generation of fans, children ages 1 to 5, will make their very first trip to a live theater to see their favorite Carle characters come to life before their eyes through the magic of puppetry, live on stage.

Brown Bear, Brown Bear is an hour-long production that showcases the imaginative blend of innovative puppetry and striking scenic effects that has won international acclaim for Nova Scotia's Mermaid Theatre.

In addition to the title story, Brown Bear, Brown Bear also boasts the all-time Carle classic, The Very Hungry Caterpillar. Completing the trilogy is the heartwarming father-daughter tale Papa, Please Get the Moon For Me, a splendid introduction to the wonderment of the lunar cycle.

When Chicago Children's Theatre last invited Mermaid Theater to the Windy City, Time Out Chicago raved Brown Bear, Brown Bear provided "sweet-as-can-be doses of narrated fantasy, made more so by a whimsical score. Even kids unfamiliar with Carle's canon remain rapt, thanks in large part to the dramatic lighting, those glowing sets and the handiwork of (just) two puppeteers."

Best of all, when the show's over, Mermaid Theater's puppeteers reveal all of their super stagecraft secrets to satisfy the "how did they do that?" curiosity of children (and parents) in the audience.

Brown bear sightings in Chicago are rare, so don't miss Brown Bear, Brown Bear & Other Treasured Stories by Eric Carle, based on the stories by Bill Martin Jr. and Eric Carle. 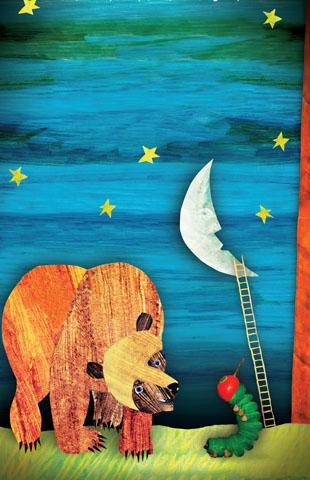 The Ruth Page Center for the Arts is convenient to public transportation, surrounded by restaurants and located just steps from the Magnificent Mile. 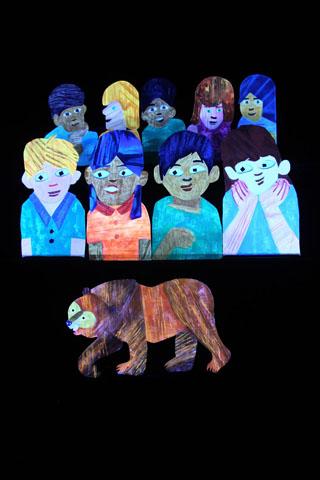 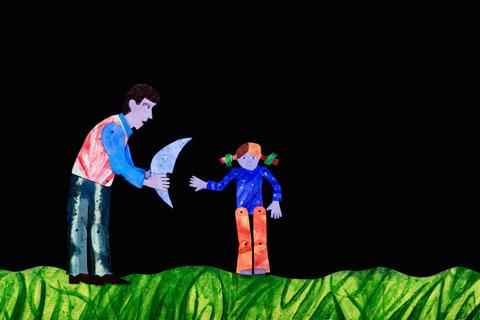 Access Weekend for Brown Bear, Brown Bear is Saturday and Sunday, May 20 and 21, when services for persons with disabilities integrated into public performances. These include:

Sensory friendly performance with quiet room for children on the autism spectrum or with Down Syndrome:
Sunday, May 21 at 11 a.m. 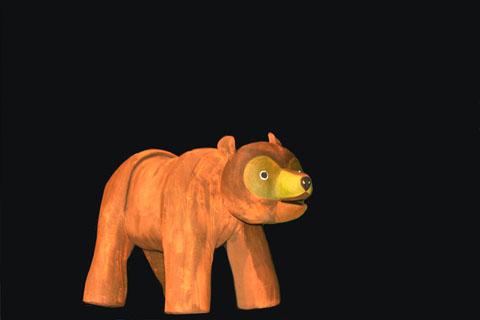 New home for Chicago Children's Theatre, The Station, is now open
While culminating its final mainstage season at the Ruth Page, CCT has transformed the former 12th District Police Station at 100 S. Racine Avenue in Chicago's West Loop into its first permanent home. The new Chicago Children's Theatre, The Station, is a beautiful, mixed-use performing arts and education facility designed to serve all Chicago families.

Additionally, CCT now has its own dedicated space at The Station for Red Kite programming for children with autism and other special needs. This spring, children will participate in a new Red Kite Adventure, a multi-sensory theatrical experience tailored to the unique needs of each child who attends. The Station will also be home to Camp Red Kite, the only summer arts camp of its kind in Chicago for children on the autism spectrum. Learn more at chicagochildrenstheatre.com/red-kite-project.

CCT has also built a national reputation due to its strong focus on new work, producing 15 world premieres in the last 11 years including The Selfish Giant, The Hundred Dresses, Jackie and Me, Dot and Ziggy, The Houdini Box, The Elephant and The Whale (in association with Redmoon), Mr. Chickee's Funny Money, Leo Lionni's Frederick, Wonderland, Alice's Rock & Roll Adventure, A Snowy Day with Beatrix Potter, Jabari Dreams of Freedom, Another Snowy Day with Beatrix Potter, The Magic City and The Year I Didn't Go To School: A Homemade Circus. These enjoyed highly successful inaugural runs in Chicago, followed by new productions at family theaters across the U.S.