PARENTS NIGHT OUT: A Heartfelt Hello To JAMAICA, FAREWELL, at The Royal George #Review

Hershey Felder Presents
JAMAICA, FAREWELL
at The Royal George Theatre
From the Director of the Smash Hit Comedy
“My Big Fat Greek Wedding,” Joel Zwick
Debra Ehrhardt is a consummate story teller who weaves a James Bond worthy web of a war torn 70's Jamaican escape epic. This one woman power house has no trouble captivating the audience with her tale, and her energy and enthusiasm are contagious. The simple, tropical lighting, ever changing background screens, and set design accentuate the action and ably set the stage for Debra's antics. We highly recommended this harrowing and hilarious immigration saga. Don't miss this. 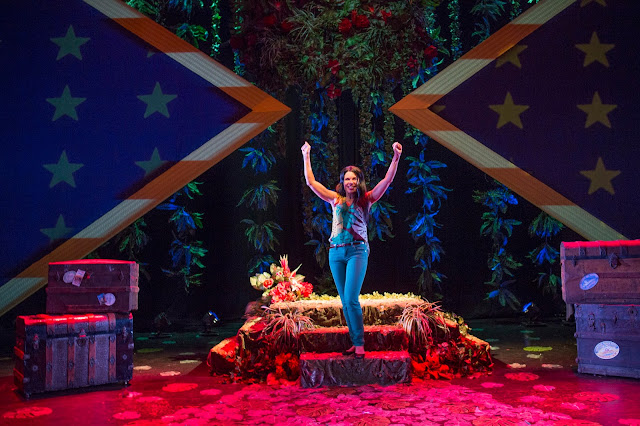 All Photos courtesy of Chuck Osgood of Charles Osgood Photography.

Based on her true life story, writer-performer Ehrhardt’s JAMAICA, FAREWELL chronicles her escape from revolution-torn Jamaica in the 1970’s to fulfill her lifelong dream of coming to America. Performances begin at Chicago’s Royal George Theatre, 1641 North Halsted, 60614, on Tuesday, September 8, and continue through Sunday, October 11. Tickets are $50 each for all performances.

When Debra Ehrhardt was an eighteen-year-old secretary in Kingston, Jamaica, she bumped into a handsome CIA agent over a bowl of oxtail soup on her lunch break. During the turbulent 70s of the Manley Era she saw her chance – a pinhole of opportunity that she could squeeze through with the help of this love-struck American, to potentially make it to America. She began a dangerous adventure that only the single-minded passion of a teenage girl would chance, blurring the lines between bravery and foolishness as she became more desperate: agreeing to smuggle a million US dollars in cash to a mysterious contact somewhere in Miami, with the agent unknowingly becoming her accomplice.

See what happens when the audacity of youth comes smack up against the impossibility of escaping from the war-torn class struggle that seized Jamaica in the 1970s. With all the surprise and ingenuity of the best make-believe tales, the true story of Debra Ehrhardt's dangerous journey from the island of her youth to the country of her dreams will enthrall you, charm you, and ultimately leave you celebrating at the triumphant conclusion of her autobiographical one-woman show. 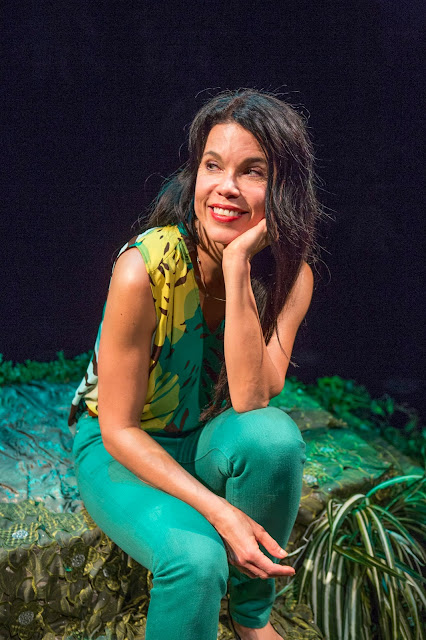 JAMAICA, FAREWELL is Kingston-born Debra Ehrhardt’s third one-woman show. Previous productions include the award-winning Mango Mango, and Invisible Chairs, which was produced by David Strasberg at the Marilyn Monroe Theatre in West Hollywood and subsequently optioned as a situation comedy by Fox. Ehrhardt was also a 2007 NYC Fringe festival award-winner and received a 2007 Proclamation from the City of New York for JAMAICA, FAREWELL for her outstanding contribution to the Jamaican community. JAMAICA, FAREWELL was optioned by Rita Wilson-Hanks who produced the play with Garry Marshall at the Falcon Theatre. Ehrhardt is currently adapting JAMAICA, FAREWELL for the big screen. More info at www.jamaicafarewelltheplay.com.

The New York Times calls JAMAICA, FAREWELL “One loopy, increasingly funny story.” The production sold out in a critically acclaimed production at Chicago’s Chopin Theater in May, 2012. The Chicago Tribune’s Chris Jones raved “A very funny and fast-paced piece – ninety highly enjoyable minutes,” and the Chicago Sun-Times’ Hedy Weiss called Ehrhardt “A storyteller who can fill up empty space with the sheer power of her exuberant storytelling.” 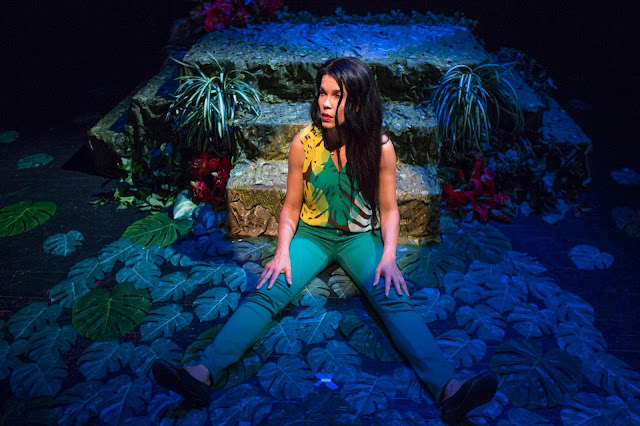 Joel Zwick (Director) directed My Big Fat Greek Wedding, the highest-grossing romantic comedy of all time. Recent films include Fat Albert and Elvis Has Left the Building. Zwick directed the Broadway production of Hershey Felder’s George Gershwin Alone at the Helen Hayes Theatre, as well as Felder’s Monsieur Chopin, Beethoven as I Knew Him, and Maestro Bernstein. He began his theatrical career at La Mama E.T.C. as director of the La Mama Plexus. He has directed on Broadway, Off-Broadway and for Broadway touring companies. Zwick is recognized as one of Hollywood’s most prolific directors of episodic television, having directed over 550 TV episodes. He is currently directing Shake it Up for the Disney Channel. Zwick has taught drama at Yale University, Brooklyn College, Queens College, Wheaton College and USC and has made his home in Hollywood for the past decade.

The artistic team for JAMAICA, FAREWELL is led by Director Joel Zwick. Scenic Design is by Hershey Felder and Trevor Hay, Sound Design is by Erik Carstensen, Lighting Design is by Richard Norwood and Video Design is by Andrew Wilder. Scenic Decoration is by Meghan Maiya and Stacy Nezda. Matt Marsden serves as General Manager and the Production Stage Manager is Rebecca Peters.  Karen Racanelli serves as executive producer, and Samantha F. Voxakis serves as associate producer. 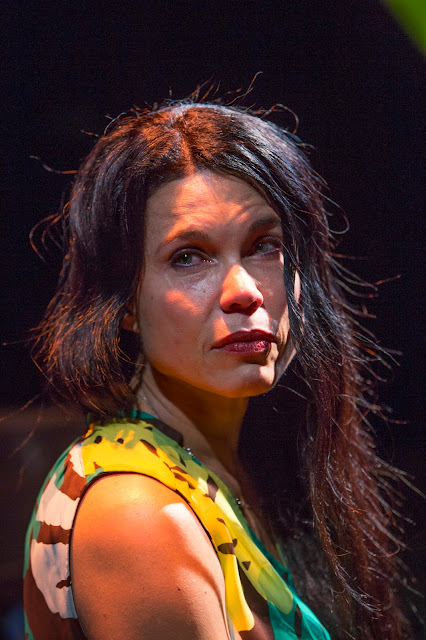 Posted by Bonnie Kenaz-Mara at 9:14 AM