ChiIL Mama is so excited to be partnering up with Make-A-Wish Foundation and Macy's to help make a wish come true for Chelsea tomorrow! Follow along as we live Tweet & Instagram at #MacysBelieve and #ChelseaIL. This Friday, we'll be participating in Macy's National Believe Day in which Macy's will grant 50 wishes across the country for Make-A-Wish Foundation kids.

ChiIL Mama will be down at Macy's State Street (111 N. State in Chicago) from approximately 9 to noon this Friday, Dec 12, so follow along on our Twitter, Facebook, and Instagram Feeds for real time updates. We'll be going around with Chelsea so the nation can join in on the magic as her wishes come true! If you can't experience it vicariously in real time, in the morning, we'll have a big photo filled recap up shortly after. 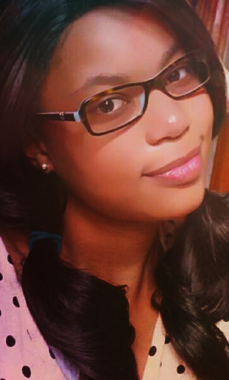 Though she wears a uniform to school every day, Chelsea (17) has an eye for fashion. She can indulge her love for style at Fashion Week as top designers showcase their new collections. In the meantime, she is excited to learn more about the Chicago Fashion Incubator at Macy’s on State Street, where she’ll get a special tour in an anticipation of her wish.

Disclosure: Thanks to Macy's for providing A Macy's Believe Gift Bag Containing (DVD, book, ornament, stocking, apron, doll) for our giveaway and compensating us for sharing with our readers. As always, all opinions are our own.

My own kids volunteered to make a child's super hero wish come true through Make-A-Wish Foundation and the CircEsteem Team, a few years ago, and it was an amazing experience. We highly recommend donating so they can continue their incredible work making wishes come true for kids with life threatening illnesses. Tis the season. 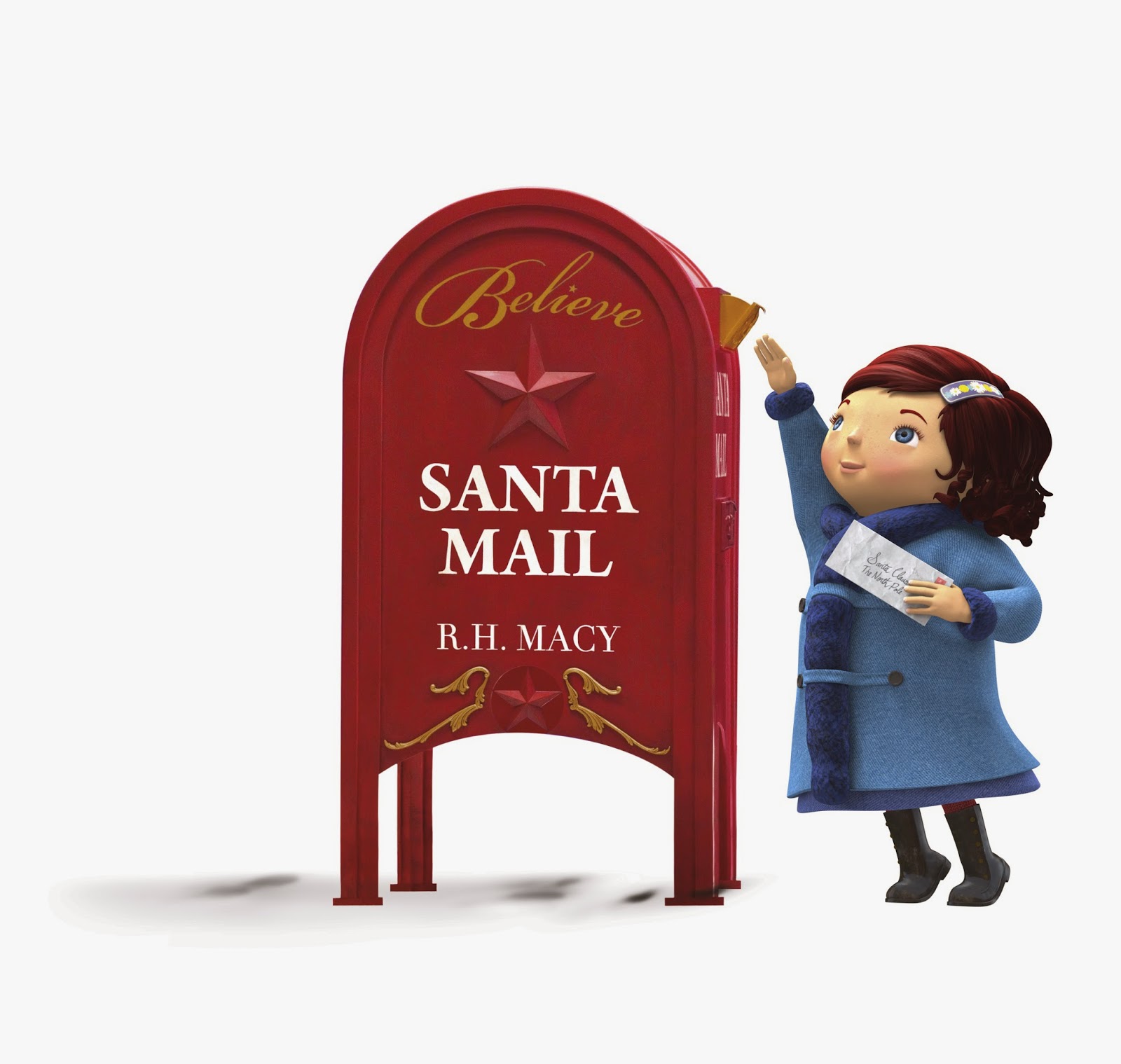 HELP OUT:
Bring YOUR letters to Santa to Macy's on Friday or log in HERE and send them on line, and Macy's will donate $2 to Make-A-Wish for each letter!

Macy’s Believe campaign invites kids of all ages to bring their stamped letters to Santa to their local Macy’s store, or click HERE to create and send a letter to Santa online. For every letter received now through Dec. 24, Macy’s will donate $1, up to $1 million, to Make-A-Wish. For National Believe Day, Macy’s is offering a double donation – for every letter received in-store and online on Friday, Dec. 12 only, Macy’s will donate an additional $1 to Make-A-Wish, up to an extra $1 million, above the existing $1 million campaign goal. 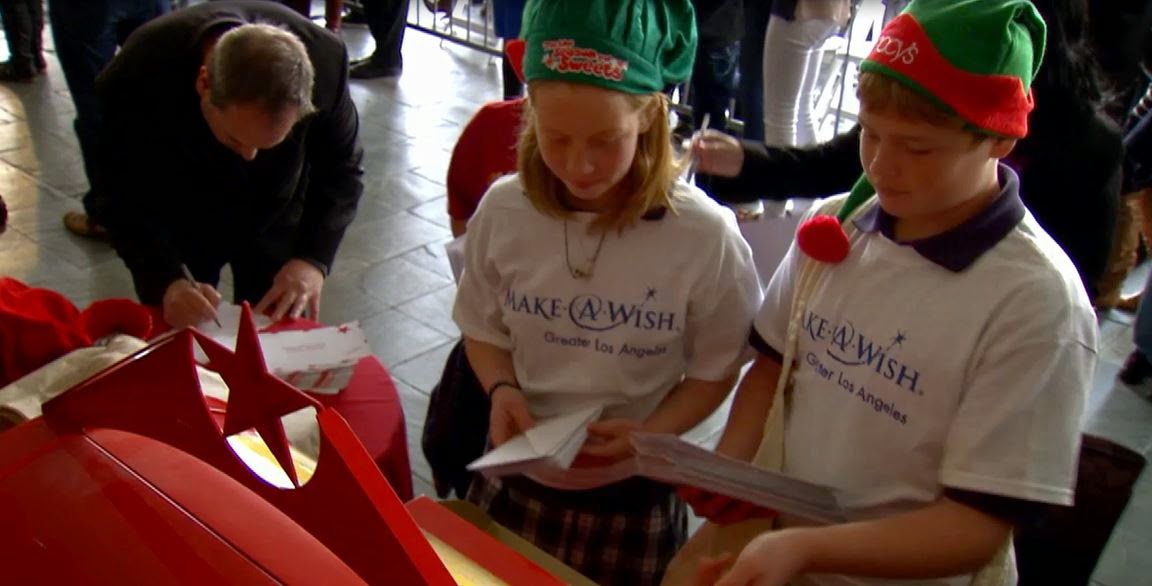 Includes book & DVD below, which can be purchased, as well as special items not available for sale: 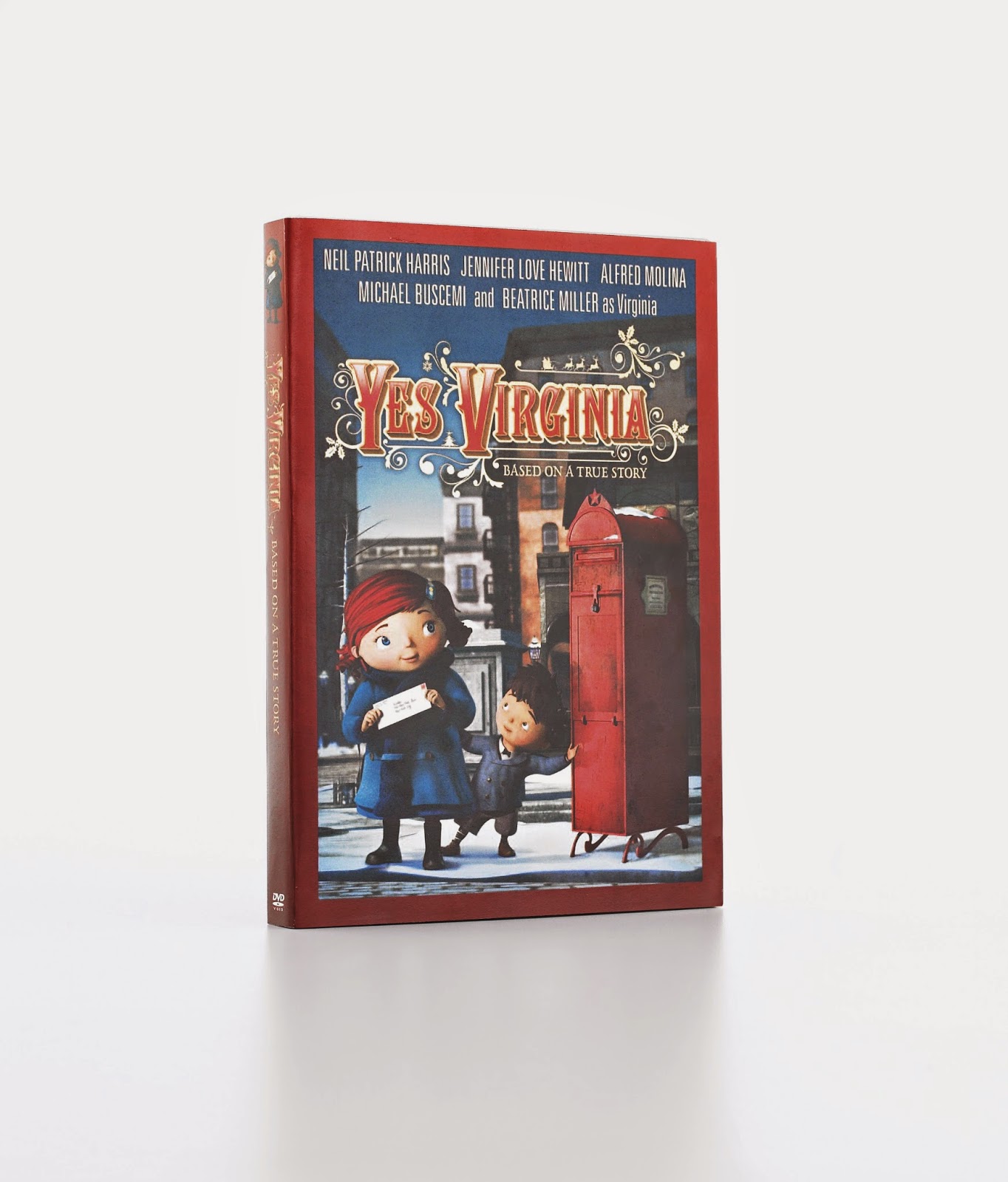 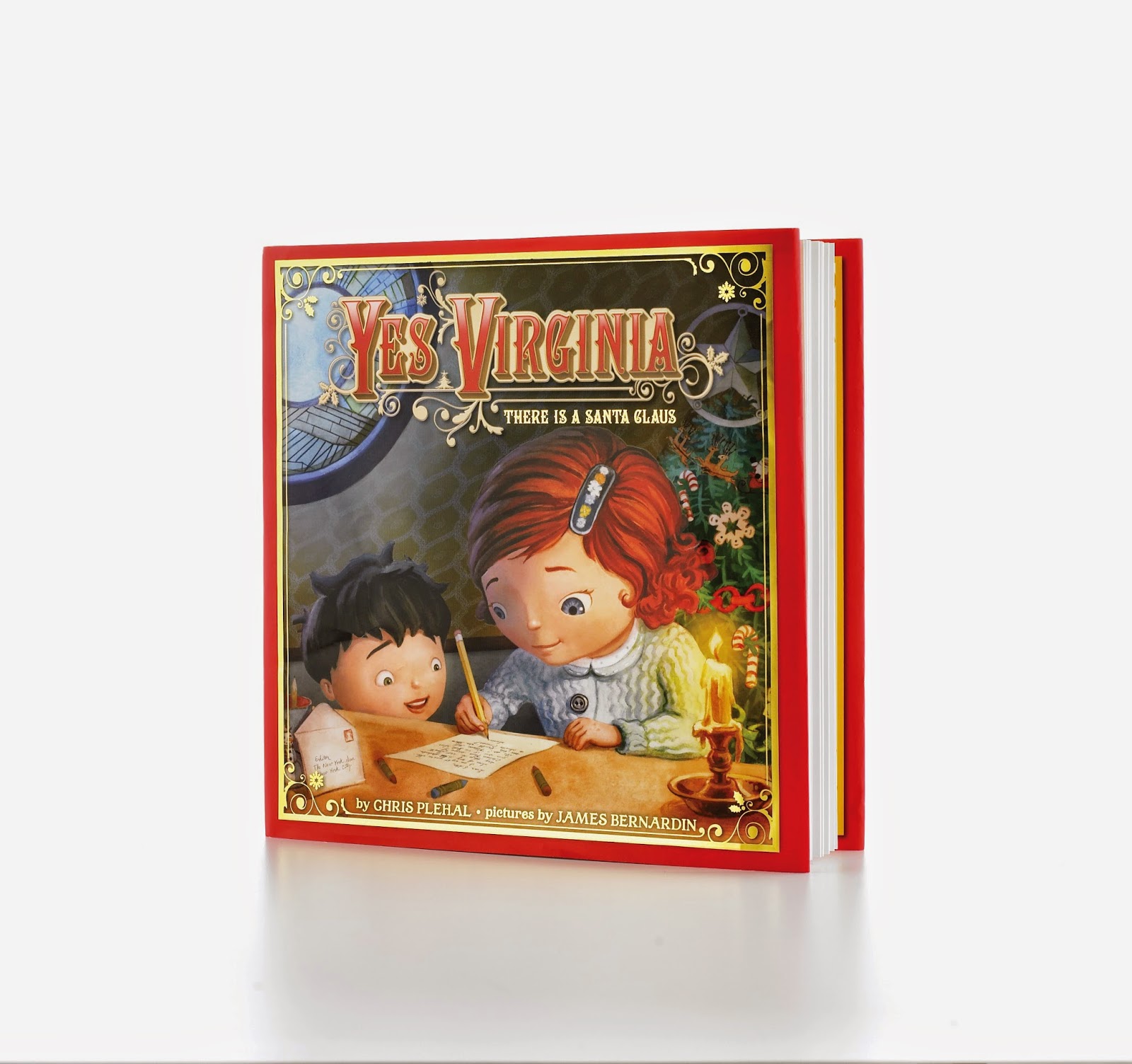 ENTER HERE through midnight on 12/17.
Yes, it is better to give than to receive and here at ChiIL Mama we're huge advocates of volunteering, and donating time and/or money to worthy causes & the arts. Still, receiving kinda rocks too, so we're partnering with Macy's and giving something away to our readers! Of course this awesome Macy's Believe Gift Bag can be given as well.

Now in its seventh season, Macy's will reprise its annual "Believe" campaign to benefit Make-A-Wish®. Through December 24, children of all ages can drop their stamped letters, addressed to Santa at The North Pole, in special Santa Mail letterboxes at any Macy’s store. For each letter received, Macy's will donate $1, up to $1 million, to Make-A-Wish, helping to grant the wishes of children with life-threatening medical conditions.

**New this year and as part of the letter collection, customers can also visit macys.com/believe to create and send their letter to Santa.**

Macy's is also asking America to help set a new GUINNESS WORLD RECORDS® title for the longest wish list to Santa through their digital letters. The previous record was set in 2012 with 75,954 wishes.

In addition to the letter collection drive, believers can join in the spirit of the holidays through other "Believe" campaign elements, including a school musical program, a nationally televised animated special, activity guides for teachers and the return of the sixth annual National Believe Day.

"Believe" has become Macy's signature holiday program, garnering support and participation from customers nationwide, resulting in more than $8.7 million in donations to Make-A-Wish since the program began in 2006.

On December 12, Chelsea celebrates her wish in Chicago

Help celebrate the season of giving with Macy’s sixth annual National Believe Day. As the heart of Macy’s Believe campaign in support of Make-A-Wish, National Believe Day aims to inspire Americans to spread the spirit of generosity during the holiday season.

In Chicago, 17-year-old Chelsea’s wish to go to LA’s Fashion Week is being celebrated on December 12. Chelsea, who has been diagnosed with a life-threatening kidney disease, will spend the day at the Chicago Fashion Incubator at Macy’s on State Street learning about fashion and working on designs. Don’t miss her arrive by limousine, where she will be escorted by local Chicago Firefighters, and met by Macy’s associates as her wish is celebrated in style.

In addition to Chelsea’s wish in Chicago, Macy’s will help Make-A-Wish grant more than 50 special wishes across the country to create a day of “Wishes Across America” for children with life-threatening medical conditions.

Check out the macysbelievetogether.com hub, for the true reason for the season... giving back and helping others. 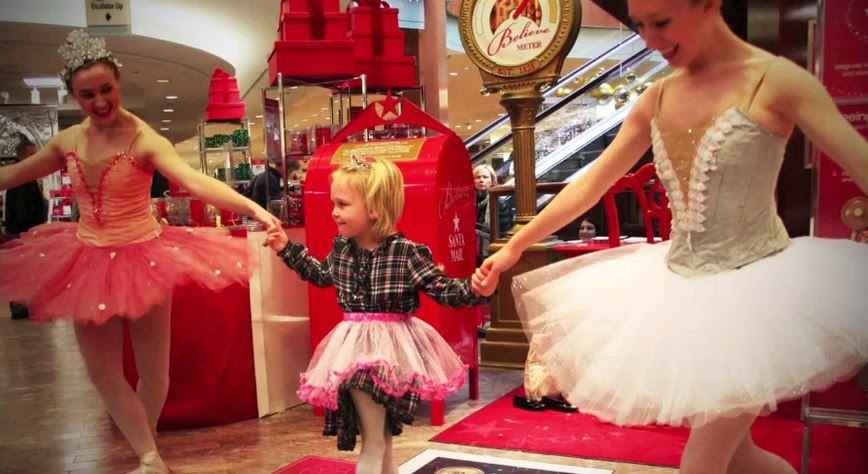 Check back with us and enter like we vote in Chi, IL... early and often. It's rewarding! ChiIL Mama's Holidaze 12 Days of Giveaways is on through December 17th, with loads of great daily giveaways, flash giveaways on Facebook/Twitter, gift guide ideas, and holiday happenings in Chi, IL and beyond. All giveaways are open nationwide. Here's the master link where ALL our 12 Days of Giveaways Are Added.

Disclosure: Once again, thanks to Macy's for providing A Macy's Believe Gift Bag Containing (DVD, book, ornament, stocking, apron, doll) for our giveaway and compensating us for sharing with our readers. As always, all opinions are our own.