ACT OUT KIDS: Win 4 Tickets to The Elephant & The Whale at CCT! #giveaway #sponsored

Here at ChiIL Mama we adore a great collaboration.   There's magic and power in sharing that creative spark and this premier is a melding of the best and brightest players in Chi-town!   We know what this production team is capable of and we're giantly jazzed about this production.   It'll be a whale of a great show.   Do NOT miss this.

We've been HUGE fans of Redmoon's epic undertakings for decades.   We're also enamored with 500 Clown, Lookingglass and of course Chicago Children's Theatre, so we've got some elephantine excitement goin' on over here, awaiting opening night!    Honestly... I would go see this show even if I didn't have kids.   This creative team is the stuff of legends... some of the best story tellers of our generation anywhere.

My 9 year old daughter, Sage, was in pre-school at Hoyne Street Playgroup with the kids of Leslie Buxbaum Danzig, and David Catlin back in the day, so it's especially interesting to me to see so many parents doing that crazy juggling act that's parenting and still creating as brilliant artists.   It gives me hope and makes me happy because I know their kids are benefiting from seeing their parents' dreams come to fruition and the production is infused with the creativity, heart and soul of the children that share their lives.

I've been shooting a long running video series on that very theme--How Creatives and How Parents Create.   Those worlds collide and do influence each other.   Check back early and often for new additions to our series.   And get your tickets for The Elephant and The Whale NOW.   Shows are selling out fast and this looks to be epic!!   This is no ordinary fam friendly theatre.   So GO already.

Chicago Children's Theatre Artistic Director Jacqueline Russell is delighted to announce the company's 2012-13 season finale, a world premiere collaboration with Redmoon's Frank Maugeri to create The Elephant and The Whale.

The year is 1919, and it's the end of an era for a beloved circus elephant named Ella. When a nefarious new owner takes over the homegrown Hoogebeck Family show, Ella the star elephant discovers an unexpected new animal in the circus: a landlocked and homesick baby whale. What happens next is a unique story of friendship and adventure spanning species, rivers, railroads and nautical miles.

The Elephant and Whale performance schedule

Run time is approximately 60 minutes with no intermission.

FREE PIZZA PARTIES ON THURSDAYS & ART PARTIES FRIDAY
As if you need any more reasons to see this show...

Note:  Family-friendly 6:30 p.m. Thursday shows are preceded with a free pizza party starting at 5:45 pm.  Thursday evenings are $25 for dinner and show. On Friday evenings, families are encouraged to kick off their weekend at the 6:30 p.m. show, and stay after for a fun post-show craft party.  Friday evenings are $25 for show and party.
Regular single tickets are $26 for children, $36 for adults. To purchase, visit chicagochildrenstheatre.org or call (872) 222-9555. For discounted school, scout, playgroup, extended family and other group rates, visit GroupTix.net or call (773) 327-3778.

A spectacle in miniature, The Elephant and The Whale is an epic tale about that invites audiences of all ages to discover the majesty of the largest animals on our planet, and a story of friendship conquering all obstacles. This must-see family show is conceived by Frank Maugeri, with an original story by Seth Bockley, Leslie Buxbaum Danzig, and Frank Maugeri, and script and songs by Seth Bockley with composer Kevin O'Donnell. The Elephant and The Whale is directed by Leslie Buxbaum Danzig (of 500 Clown) and Maugeri.

Kurt Brocker, David Catlin, Kasey Foster and Becky Poole form the four-person cast who together will weave this fantastical tale while cranking audio devices, pedaling panoramic painting apparatuses, manipulating shadow puppet sequences and singing folk-inflected songs. A nickelodeon-like, three-horned gramophone machine, coin operated by the performers, has been specially designed to play the music for the production. After each performance, audiences will have the chance to interact with the artists and get an up close look at the set, props, puppets and mechanical apparatuses.

As for the show's all-ages appeal, creator Frank Maugeri explains "Seth Bockley's original story is simple, lyrical and comical in a Seuss-like style which will appeal to younger kids. Yet the images by illustrator Matt Cipov, Mike Coon, and Andrea Everman live in a world of vintage cartoons and Monty Python and will speak to older kids. My co-director Leslie Buxbaum Danzig also brings a mature direction of the performers and clowns. Her work can often be both simultaneously funny and absurd to kids and even very complex and, at moments, dark, which definitely furthers our goal to develop this show on two different planes."

During his 17 year tenure with Redmoon Maugeri has created countless spectacle productions and events seen around Chicago. Highlights include serving as director, co-creator, and designer of the recent Astronaut's Birthday, a large-scale animated, graphic novel projected on the Museum of Contemporary Art's 80-foot façade; co-creation and design of the critically acclaimed The Feast: an intimate Tempest at Chicago Shakespeare Theater; seven of the famed All Hallow's Eve ritualcelebrations in Logan Square; over a dozen annual family-friendly Winter Pageant performances; Once Upon a Time (Jeff Award, After Dark Award) with its subsequent tour to France; Laika's Coffin and Cape and Squiggle for the Chicago Humanities Festival at MCA; Boneyard Prayer; and Redmoon's longest running production The Cabinet, its remountand tour of Brazil.

Seth Bockley, the critically-acclaimed writer and adapter, is a playwright in residence at the Goodman Theater and an artist in residence at the University of Chicago. He was a recipient of Theater Communications Group's New Generations Grant for which he spent two years with Redmoon as Directing Apprentice.

Leslie Buxbaum Danzig (co-director) directed Redmoon's Hunchback at New Victory Theater (NYC). With Lucky Plush Productions, she co-created The Better Half, which premiered at MCA Chicago and is now touring throughout the U.S., and is developing a new dance-theater production that premieres in spring 2014.  For 10 years, Danzig was resident director with 500 Clown.

Kevin O'Donnell (composer) is a Chicago-based musician; he has worked in Chicago theater for the last 10 years, during which time he has been nominated for 19 Jeff Awards (receiving 8), and 2 consecutive After Dark Awards (Outstanding Season).  He has worked around the country, both in theatre and as a musician, having recorded and toured with Andrew Bird, Kelly Hogan, Nickel Creek, and many others.

Cast member Kurt Brocker was most recently seen in American Wee-Pie at Rivendell, Welcome Home Jenny Sutter! at Next, The Laramie Project: 10 Years Later at Red Twist Theatre and The Farnsworth Invention at TimeLine.

Kasey Foster is an ensemble member at Redmoon, where she has appeared in Winter Pageant 2010, Cape and Squiggle and Laika. She also played a dog in Adventure Stage Chicago's Gossamer.

As for Becky Poole, Chicago Children's Theatre audiences will fondly recall her hilarious turn as Mouse in Goodnight Moon in 2011. She also performed locally in The Hypocrites' Pirates of Penzance and her solo sketch show at iO Sit On My Lapse.

In addition to freeing up time and resources to better focus on continuing to hire the best professional actors, designers and directors for every show, CCT's new home at the Ruth Page allows additional space for the theater to grow its programming. In addition to presenting its entire season at one consistent, convenient location, the Ruth Page is better equipped to host birthday parties and other special events. 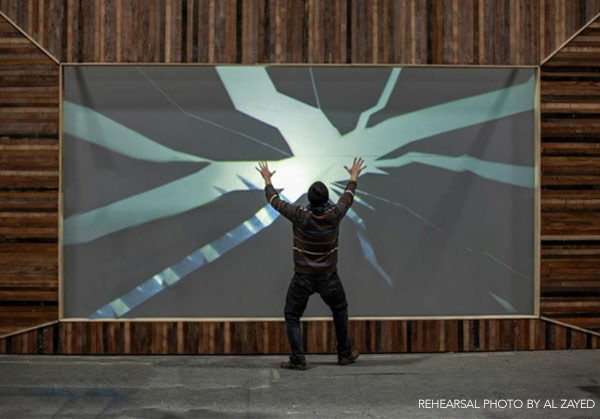 In addition to its mainstage programming for families, schools and groups, Chicago Children's Theatre will also continue its Red Kite Project in 2012-2013, creating multi-sensory, interactive theater programming tailored specifically to the needs and interests of children on the autism spectrum.  For more information, call (773) 227-0180 x15 or visit theredkiteproject.org.

Led by Artistic Director Jacqueline Russell, and Board Chair Todd Leland, the company is supported by a committed Artistic Council of Chicago-based actors, directors, musicians and designers, and a dynamic Board of Directors comprised of dedicated individuals from the fields of entertainment, philanthropy and business.  Officers include David Saltiel, President; Jacqueline Tilton, Vice Chair; Lynn Lockwood Murphy, Vice Chair and Secretary; and David Chung, Treasurer.

About Redmoon
Redmoon seeks to transform the experience of our urban landscape through ephemeral events that disrupt everyday life and provide opportunities for public engagement, community building and recognition of the possibility of change.