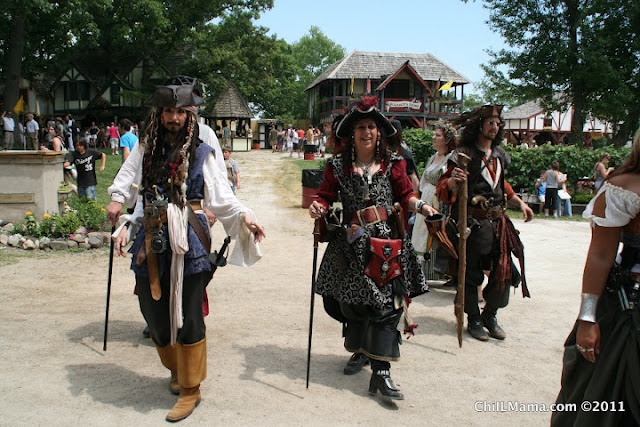 *Click here for a printable coupon for adult discount tickets.   Kids 12 and under are free this weekend and kids under 5 are free all season.
Join us as we kick off the 25th Celebration!
Save $4.95 off each Adult Admission and All kids 12 & younger are free!  (July 7 & 8, 2012 only. Coupon must be presented at Box Office.)

Bigger, bolder and more boisterous than ever, this summer’s 25th annual Bristol Renaissance Faire promises patrons an unparalleled celebration, filled with all the first-rate revelry Faire-goers have come to expect over the past two-and-a-half decades and a queen’s ransom of special surprises. More than 200,000 visitors are expected to attend Bristol’s special anniversary celebration, which begins July 7 and runs for nine weekends through Labor Day, Sept. 3.

“We’re going to party like it’s 1599,” said Linda McFeters, producer of the Bristol Renaissance Faire, promising streets brimming with a commedia del arte kaleidoscope of frolicking fools and masquerading merrymakers who will sweep patrons into a world far removed from the stresses of the 21st Century. 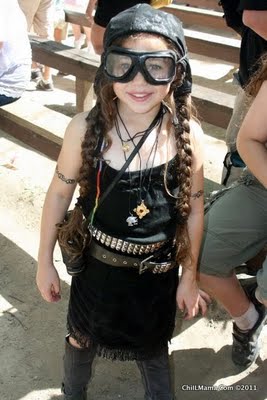 Complementing a perennially popular array of jousting knights, swashbuckling swordsmen, mud beggars, rope-walkers, period dancers and musicians, the season will be one of the most extensive line-ups of special entertainment the Faire has ever assembled, including limited-engagement appearances by many of the most sought-after performing groups on the national Renaissance fair circuit. Travelling to Bristol for the first time this summer will be the explosively-entertaining steampunk bagpipe group, Klaxton, and juggling juggernaut London Broil. Also announced, the all-female Seelie Players will lure audiences with their debut of “Sirena: From Down Below We Sing,” an original musical tribute to the Sirens of Greek legend, featuring tribal drums and staffs, lithe dancing and all-new music.

Among favorite guest headliners returning to Bristol on select weekends to help celebrate the Faire’s 25th anniversary are Doktor Kaboom, with his side-splittingly funny scientific diversions, Celtic rock phenomenon Tartanic, and the Clan Tynker family circus, an enchanting cacophony of music, juggling, magic, sword-swallowing, fire-eating and dangerous stunts. Also returning this summer is a performer who literally turned heads during her 2011 debut, aerialist Lauren Murray, who suspends herself from the treetops above the Faire in a graceful and gravity-defying silk act.

For 25 years, the Bristol Renaissance Faire has been captivating visitors with an incomparable spectrum of experiences, from unabashed revelry to first rate people-watching.  For those who want to check their inhibitions at the gate, there’s ample opportunity to whoop and holler at jousting knights, get down and dirty with raucous, earth-clad mud beggars, or hurl a ripe tomato at a blustering braggart.  Those inclined toward more serene pursuits will find a comparable bounty of enjoyments, from watching glass-blowers create one-of-a-kind works of art, to joining in a round of 16th Century court dancing, or listening to the dulcet tones of world-class minstrels.

Among the most popular attractions at the Faire for the past four seasons, Bristol’s live action fantasy-play game, RenQuest, will return this summer with an entirely new storyline. RenQuest brings the worldwide phenomenon of multiplayer online role-playing games, like World of Warcraft, into the live action dimension of the Renaissance faire,  creating an interactive theatrical experience that offers gamers an unprecedented opportunity to test their mental and physical skills beyond the realm of their computer screens. 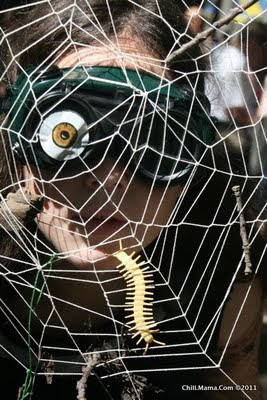 For the Faire’s youngest patrons (a.k.a. “nipperkins”), Kids Quests provide two daily opportunities to embark on their own, age-appropriate adventures. Kids Quests set out from the vicinity of Bristol’s Kids Kingdom, an enclosed play area filled with oversized sand boxes, a huge climb-aboard pirate ship, and an entertaining cast of Renaissance fairytale characters presiding over interactive games, crafts and other child-friendly activities.

Festivities at the Faire take their framework from the summer day in 1574 when Her Majesty Queen Elizabeth visited the English hamlet of Bristol. Queen Elizabeth and other historically based characters are juxtaposed with fictional scenarios, such as the popular street-fighting escapades of Robin Hood and his Merry Men. Faire streets are lined with game and ride areas, food vendors offering a palate-pleasing array of epicurean delights, and merchants selling everything from sterling silver jewelry to rare-edition books and hand-caned brooms. Strolling minstrels, jesters and other era characters mingle with faire-goers, many of whom come dressed in their own period costumes.
Located on 30 wooded acres, just west of I-94’s Russell Road exit, near Kenosha, Wis., the Bristol