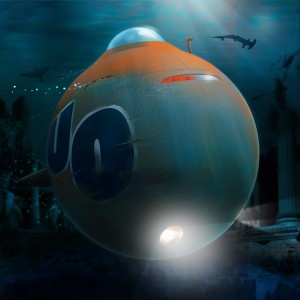 This Friday 5/20-UO (Urge Overkill)at Bottom Lounge.   This one's not for the kids, unless yours happen to be 17+.
Doors 8:00 PM / Show 9:00 PM
17 & Over, valid ID required for entry.
http://urgeoverkill.com/
SPIN.com talked to Eddie about Urge’s new album and premiered “Effigy,” the first new Urge song in 15 years. Download it HERE.
These guys have their first new release in over 15 years, Rock & Roll Submarine, out now.    Come check 'em out live at one of our favorite venues.    Then you can come back to Bottom Lounge Saturday and hang with the derby girls after their bout. 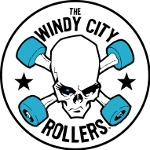 Windy City Rollers' next bout is 6PM this Saturday.
Kindie this weekend: 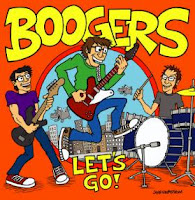 The Boogers are the brainchild of musician and developmental psychologist Paul Crowe aka Crusty Booger.
Paul spent the late 80's-90's playing, writing and touring the U.S. as a bassist with a number of Chicago-based punk and post-punk bands. During this time, Paul was lucky enough to share the stage with two of his rock n' roll idols: -- Dee Dee Ramone (& the Chinese Dragons), and Marky Ramone (& the Intruders). His musical talents are not constrained to one genre...Paul also played for five years with the Loyola University Jazz Band.
Somehow, across 6 albums and hundreds of shows, Paul completed a Ph.D in Developmental Psychology at Loyola University, found the love of his life and became the proud father of three sons.
What came next was a natural evolution -- he married his passion for classic punk to his knowledge of child and language development through music to create, play and record his hyped-up, irreverent music for his sons and friends' kids. Children's music that brings the chord-driven rock -- and isn't lame! 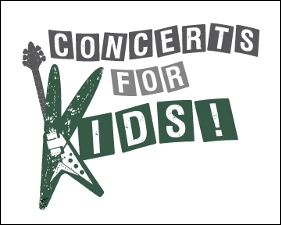 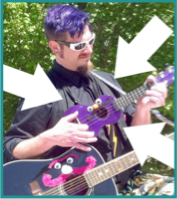 Win a Mr. Singer Mini Guitar at the show!
House Call Entertainment, Inc. Presents!!
Beat Kitchen Concert For Kids!!
featuring Mr. Singer & The Sharp Cookies
Sunday, May 22, 2011 12:00 PM CDT (12:00 PM Doors)
Beat Kitchen, Tickets are $7.00 all ages
ChiIL Mama's also featured Mr. Singer a number of times.   In fact, he was our Win A Disc feature this very week.    We posted 4 live songs from his last Beat Kitchen show and ChiIL Mama's video interview with the man behind the mustache.    Come check 'em out live this Sunday.
Chicago-SAVE THE DATE: 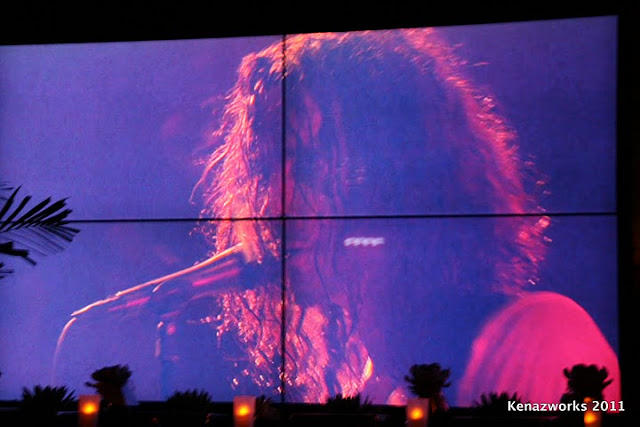 21+:  Soundgarden at UIC 7/16 check the link for all their tour dates, tickets and details.   This is their first tour in 13 years and one lucky fan in each city will get to be a guest photographer with a photo pit pass.   Then they'll have their shots featured on Soundgarden's site.   Entry details are HERE.


Click HERE for ChiIL Mama's past Soundgarden coverage from back stage at Lollapalooza last year.


Schubas' Family Series presents...
Gustafer Yellowgold concerts are a unique blend of live music and moving image. The minimally animated illustrations are accompanied by illustrator/songwriter Morgan Taylor’s catchy and original story-songs for a truly different multimedia experience that is entrancing children, teens and adults alike.
Since his creation in 2005, Gustafer Yellowgold has become an international phenomenon, acclaimed by the New York Times, which said, “The show is a cross between ‘Yellow Submarine’ and Dr. Seuss.”
Entertainment Weekly praised “…The most infectious original songs. It’s like tapping into some pleasure center in the brain- both adult and kid…absurdly appealing. Grade: A.”
New York Magazine named Morgan Taylor “Best Kids’ Performer” in its 2008 Best of New York Awards. 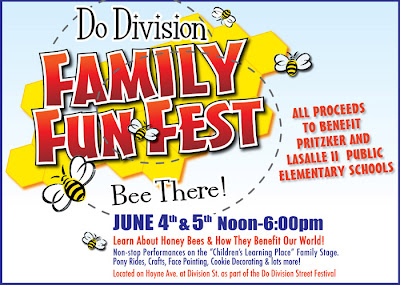 Do Division street fest
Highlights:
Saturday 6/4    5:45pm *The Shams Band (one of ChiIL Mama's featured bands of the month).   Leavitt Stage: Programmed by Subterranean and House Call Entertainment.  Check out ChiIL Mama's live recording of their set at The Whistler HERE and still at ChiIL Live Shows.   Enter all month to win your own copy of their sweet CD, Champagne.   We'll be posting more show footage of these guys in action along with a CD review, later this month.


DO DIVISION FAMILY FUN FEST – JUNE 4-5 from noon to 6pm
Pony rides, face painting, rocking kids' music
Do Division Family Fun Fest has expanded to two blocks on Hoyne between Division and Potomac. New this year, come and learn about bees. We'll have fun bee facts throughout the event and a Christy Webber Bee Hive tent. Also new is the Cat n Mouse Game Store's Game tent.
We're bringing back many of the popular activities including The Easel Art Studio Craft Tent,
*punk rock hair styling by ChiIL Mama's friends over at Psycho Baby,
face painting, cookie decorating, the Children's Learning Place Toddler Zone, a bounce house, and pony rides.
Plus boogie on down at the main stage with Laura Doherty (12pm Sat), one of ChiIL Mama's past Win A Disc Wednesday featured kindie artists.    We'll have more of her live music and ChiIL Mama's video interview with her right here.   Check out her valentine song HERE.    Family Fun Fest also features our Win A Disc Artist,
Super Stoli, on Sunday at 1pm.
You can also check out Mary Macaroni, Jeanie B, and more.   ChiIL Mama's given away free family 4 packs to both of their Beat Kitchen Kids Shows.
Proceeds from Do Division Family Fun Fest go to Friends of Pritzker School and LaSalle II PTO, public elementary schools in Wicker Park.


Across The Nation-Live Band Vacation: 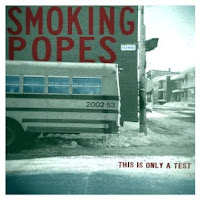 
7/11     Denver, CO             Summit Music Hall
7/12     Salt Lake City, UT  In the Venue
7/14     Seattle, WA             El Corazon
7/15     Portland, OR           Hawthorne Theater
7/17     San Francisco, CA  Bottom of the Hill
7/19     Los Angeles,   CA   Troubadour
7/20     San Diego, CA         House of Blues
7/22     Las Vegas, NV         Hard Rock Café on the Strip
7/23     Pomona, CA             The Glass House
7/24     Mesa, AZ                  The Nile Theater
For More Information Visit www.smokingpopes.net
Smoking Popes Join Alkaline Trio on their 15th Anniversary Tour
“Ever wonder what a traditional saloon singer would sound like backed up by a punk band? The Smoking Popes take that concept one step further: They've created a unique kind of music that some listeners are describing as ‘hyperkinetic tear-jerkers’." Los Angeles Times
Alkaline Trio has announced their 15th anniversary tour, inviting Smoking Popes (one of their greatest influences) to join them. Smoking Popes built a relationship with their legion of fans and fellow musicians by melding raw songs about bittersweet heartache with soaring melodies, power chords and punk spirit. Inspired by the Popes, Alkaline Trio emerged onto the scene and have built an immense cult following. Matt Skiba, vocalist of Alkaline Trio,said, “The Smoking Popes were a good band that only wrote good songs. They have always been a big influence on Alkaline Trio and are a huge reason a lot of us started bands in the first place.”
The Smoking Popes and Alkaline Trio have recently released new albums. Smoking Popes released, This is Only a Test, which is their first ever concept album, exploring the life of a fictional high schooler. This is Only a Test is perfect proof that their sparkling lyricism and ineffable charm is still intact. The tour kicks off July 10th at the Slowdown in Omaha, Nebraska. 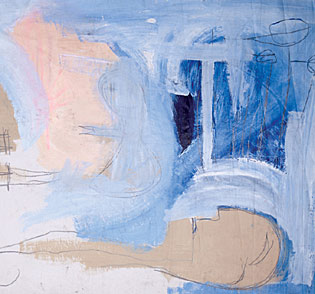 Free album streaming in it's entirety:
Hear Joseph Arthur’s New Album ‘The Graduation Ceremony’
Now through May 24th on NPR Music
Rare, Limited-Edition Packaging Features Handwritten Lyric Sheets
& Original 10’ x 6’ Painting Used on the Album Cover
Joseph Joins Pearl Jam’s Labor Day Festival Sept 3 -4 in Wisconsin
& Confirms 10 Night Residency in NYC from June 12 – 21st
From now through its release date on May 24th, NPR Music will be streaming Joseph Arthur’s new album ‘The Graduation Ceremony’ in its entirety.
Co-produced by John Alagia and Joseph, the record marks Arthur’s first solo album since ‘Nuclear Daydream’ (2006) and follow up to ‘Fistful of Mercy,’ his 2010 collaboration with Ben Harper and Dhani Harrison.
Rare, limited-edition packaging of the album is available now though JosephArthur.com, including one-of-a-kind handwritten lyrics and artwork for each of the album’s songs, and the original 10’ x 6’ ‘Graduation Ceremony’ album cover painting (acrylic and graphite on canvas).
Pearl Jam have invited Joseph to join their 20th Anniversary Festival on Labor Day weekend, Sept. 3 – 4th, (along with Queens of the Stone Age, John Joe, Mudhoney and the Strokes) in East Troy, WI.
From June 12th through June 21st, he’ll be performing 10 consecutive nights in New York City at the Living Room (154 Ludlow St. / 10pm / $15), and the Gershwin Hotel (7 E. 17th St.) will be exhibiting his paintings for the month of June.    For more details, check out their web site HERE.

Posted by Bonnie Kenaz-Mara at 1:47 PM