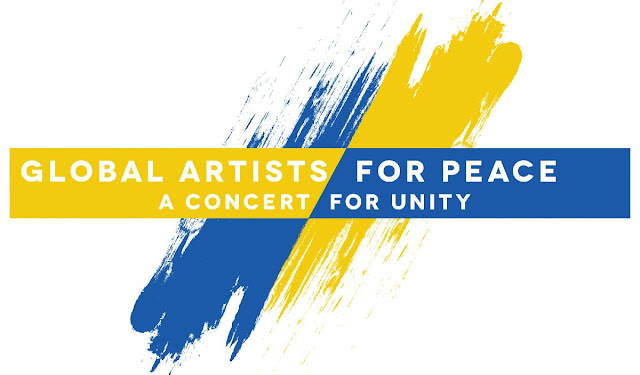 Musical theater artists from Poland, Germany, and Bosnia and Herzegovina to tell their stories through song in GLOBAL ARTISTS FOR PEACE benefit concert at Marriott Theatre July 15

Broadway Across Borders, a non-profit organization dedicated to cultivating and connecting emerging artists across borders and empowering their artistic and social entrepreneurship, will present its first Chicago-area benefit concert on Friday July 15 at 8 pm at Marriott Theatre in Lincolnshire. Broadway Across Borders co-founder Aaron Thielen, who is also Marriott Theatre’s former Artistic Director, announced the event today. The 75-minute multi-media concert featuring musical theatre artists from Poland, Germany, and Bosnia and Herzegovina, will tell the stories of the life experiences of these central and eastern European artists through a program of musical theater numbers as well as original songs written and composed by the artists. The musical performances will be enhanced by video projections and the singers will be accompanied by a five-piece band. A portion of the proceeds will be donated to the charitable organization Global Citizens and their program “Stand Up for Ukraine,” to provide grants to help Ukrainian artists tell their stories.

The featured performers are Adrian Kieroński of Warsaw, Poland; Nikolina Vujić and Sanjin Arnautović of Sarajevo, Bosnia and Herzegovina; and Lucia Miorin of Augsburg, Germany. Repertoire will include songs from the musical HAIR (which Broadway Across Borders will present in concert in three cities of Bosnia and Herzegovina in June 2022), from SPRING AWAKENING (produced by BAB online during the COVID lockdown in October 2020), the musical film THE GREATEST SHOWMAN, and original songs written by the artists. While these performers have previously collaborated with each other in virtual productions, the July 15th concert will be the first time the four will have performed together in person. 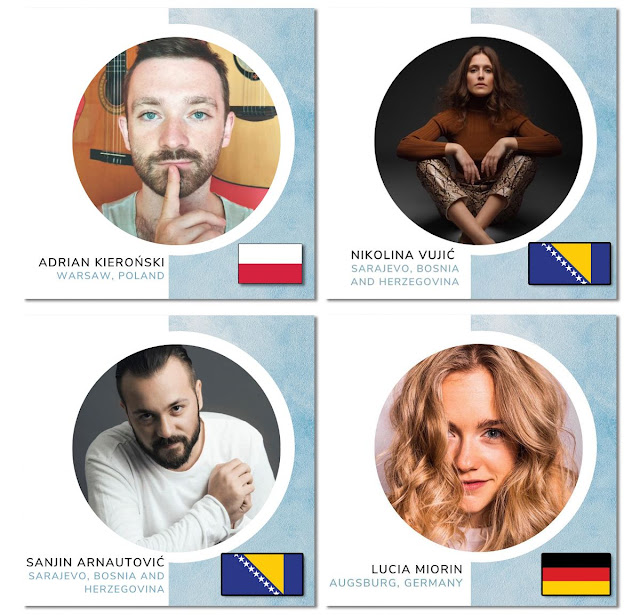 Arnautović is a musical theater actor and singer and a teacher at the Academy of Performing Arts in Sarajevo. Vujić is one of the leading musical theater performers in Sarajevo and has performed on television, in theatre at the Sarajevo War Theatre, and in films. She has studied at the Sarajevo Music Academy. Miorin has trained professionally in schools in Augsburg and Berlin, Germany. Kieroński is a graduate of the Fredryk Chopin University of Music in Warsaw, Poland, where he studied voice and acting. He has performed in musical theater productions in Warsaw, Lublin, and Lodz, Poland.

VIP tickets include after-performance reception with champagne and desserts, and intimate conversations with the artists.

Tickets and further info available at http://broadwayacrossborders.org/, or at Marriott Theatre Box Office 847-634-0200 or MarriottTheatre.com.

Four Broadway Across Borders alumni artists from Poland, Germany, and Bosnia and Herzegovina come together for one night to share their stories, talents, and their passion for connecting with artists from around the world. A portion of the proceeds from this concert will be donated to the charitable organization Global Citizens and their program Stand Up for Ukraine to help refugees from Ukraine and around the world.

ABOUT BROADWAY ACROSS BORDERS

Broadway Across Borders is a non-profit arts organization that builds international and cross-cultural collaborations through musical theatre performance that create a shared understanding of humanity by cultivating and connecting emerging artists across borders and empowering their artistic and social entrepreneurship. Broadway Across Borders was co-founded by former Marriott Theatre Artistic Director Aaron Thielen and Ryan T. Nelson (Marriott Theatre Resident Music Director).

Posted by Bonnie Kenaz-Mara at 9:22 AM