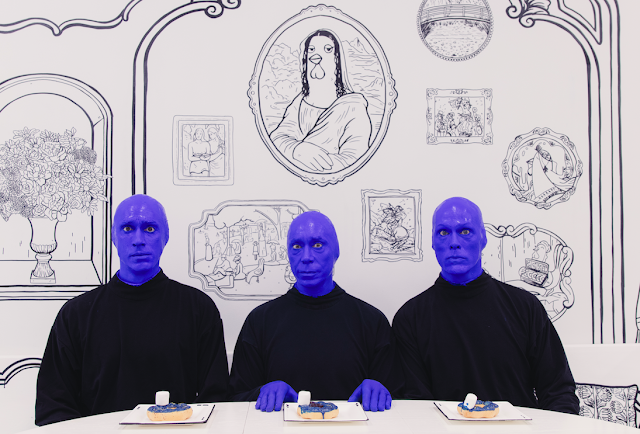 Blue Man Group Chicago will kick off its 25th anniversary festivities by partnering with 2D Restaurant to launch a specialty “Blue Man Group” mochi donut. The donut will be available at 2D Restaurant (3155 N. Halsted) throughout the month of June.

Celebrating the iconic theatrical phenomenon performing steps away from the restaurant, 2D’s Blue Man Group donut will feature fresh blueberry puree sprinkled with colored cocoa powder and topped with a marshmallow. Guests who purchase the “Blue Man Group” donut will receive a special ticket code for 20 percent off tickets to upcoming performances of Blue Man Group Chicago at the Briar Street Theatre.

Blue Man Group originally debuted at the Briar Street Theatre in Chicago’s Lakeview neighborhood in 1997. A dynamic combination of art, music, comedy and technology, Blue Man Group encourages audiences to reconnect with their inner (and outer) child in order to see the world through a new perspective. Three bald and blue men explore today’s cultural norms with wonder, poking fun at the audience’s collective quirks and reminding them how much they all have in common. The show is continually refreshed with new music, stories, custom instruments and state-of-the-art technology. 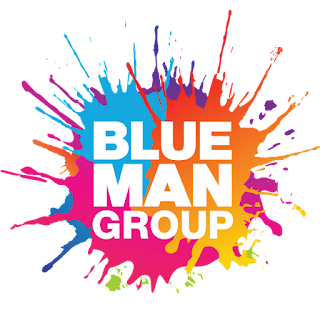 Blue Man Group is a global entertainment phenomenon, known for its award-winning

2D Restaurant is Chicago’s first two-dimensional mochi donut and Asian fusion chicken sandwich restaurant, transporting its guests into their own comic universe using monochrome illusions. 2D is owned and operated by husband-and-wife team Vanessa Thanh Vu and Kevin Yu. In partnership with Chicago artist Mia Larson, the couple spent about two years attending to every detail of the 1,600 square-foot space, ultimately crafting an immaculate 22-seat Parisian fantasy world complete with a balcony view of the Eiffel Tower, a 1920s-style en-suite hotel bathroom complete with a bubble-filled clawfoot tub, and a cozy library stocked with tall bookshelves around a lit fireplace.