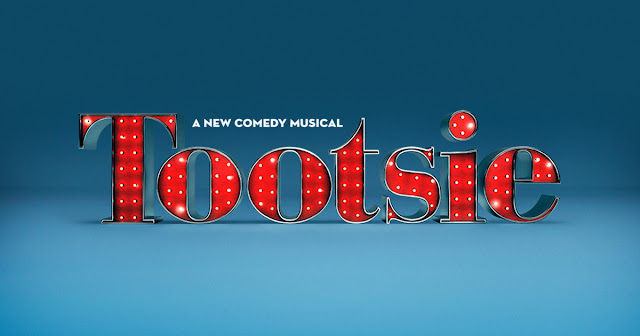 I'll be ChiILin' at Chi, IL's Cadillac Palace for the press opening of Tootsie September 30th. I have fond childhood memories of the movie and I'm eager to see how they've updated the script for stage and for 2018 audiences. Check back soon for my full review.

TOOTSIE will play a pre-Broadway engagement this fall at Broadway In Chicago’s Cadillac Palace Theatre (151 West Randolph Street, Chicago, IL) from September 11 – October 14. The production will go to Broadway in spring 2019.

TOOTSIE tells the story of a talented but difficult actor who struggles to find work until an audacious, desperate stunt lands him the role of a lifetime.

TOOTSIE is co-produced by James L. Nederlander and Sally Horchow.

TICKET INFORMATION
TOOTSIE Tickets range from $35- $105 with a select number of premium seats available. Group tickets for 10 or more are on sale now by calling Broadway In Chicago Group Sales at (312) 977-1710.  For more information, visit www.BroadwayInChicago.com.

ABOUT BROADWAY IN CHICAGO
Broadway In Chicago was created in July 2000 and over the past 18 years has grown to be one of the largest commercial touring homes in the country.  A Nederlander Presentation, Broadway In Chicago lights up the Chicago Theatre District entertaining more than 1.7 million people annually in five theatres. Broadway In Chicago presents a full range of entertainment, including musicals and plays, on the stages of five of the finest theatres in Chicago’s Loop including the Cadillac Palace Theatre, CIBC Theatre, Oriental Theatre, and just off the Magnificent Mile, the Broadway Playhouse at Water Tower Place as well as presenting Broadway shows at The Auditorium Theatre of Roosevelt University.  For more information, visit www.BroadwayInChicago.com.