HAMILTON: THE EXHIBITION
PREMIERES IN CHICAGO THIS FALL
PRIOR TO TOUR OF U.S. CITIES 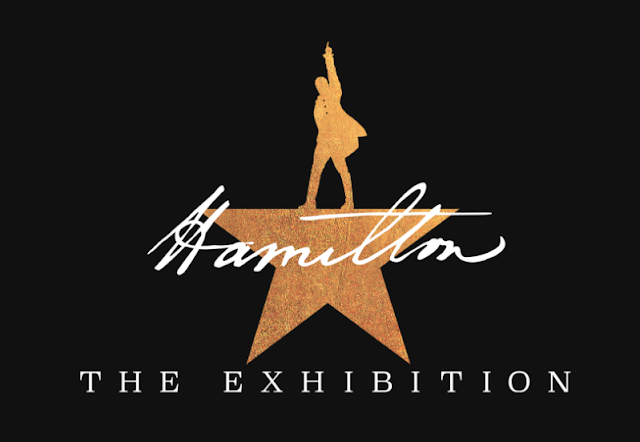 HAMILTON: THE EXHIBITION – a 360-degree, immersive exhibit that will travel to select U.S. cities -- will premiere in Chicago in the fall of 2018 for a limited engagement, it has been announced by Lin-Manuel Miranda, creator of the musical HAMILTON, and Jeffrey Seller, the musical’s producer. HAMILTON: THE EXHIBITION – on display in a specially-constructed free-standing, all-weather structure the size of a football field -- opens November 17, 2018 for a limited engagement on Northerly Island in Chicago, where HAMILTON has played a sold-out run since 2016. 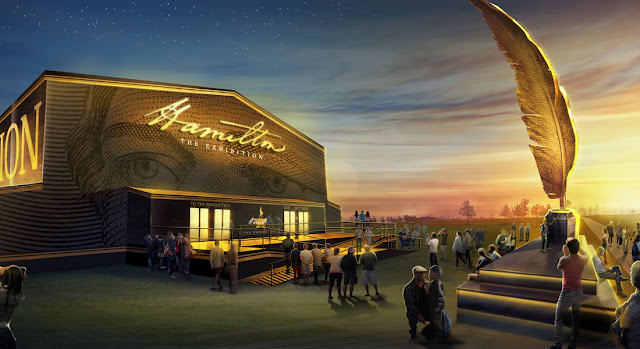 
HAMILTON:  THE EXHIBITION is a creative collaboration between creative director David Korins, who designed the set for HAMILTON, Yale University professor and historian Joanne Freeman, HAMILTON creator Lin-Manuel Miranda, director Thomas Kail and producer Jeffrey Seller. Harvard University history and law professor Annette Gordon-Reed is also contributing to the historical accuracy of the exhibit.   This exhibit is presented with Imagine Exhibitions, Inc., one of the leading operators of traveling museum exhibits throughout the world.

Lin-Manuel Miranda states, “HAMILTON is a musical.  It’s as much of Alexander Hamilton’s life as we could wrestle into two and a half hours of musical theater, and it’s been incredible and surreal to see the renewed interest this has sparked in Alexander Hamilton’s life and times.  I’m so thrilled with the work David Korins has done alongside eminent historians Joanne Freeman and Annette Gordon-Reed, who are experts in this arena.  With this exhibition, they’re creating an immersive companion piece for HAMILTON, and a deep dive into the details and experiences of Hamilton’s story.” 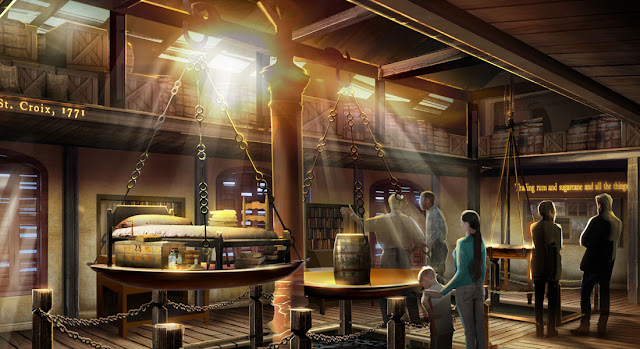 Featuring an audio tour narrated by Mr. Miranda the musical’s creator, HAMILTON: THE EXHIBITION is designed to take visitors deeper into the life and times of Alexander Hamilton, while at the same time chronicling the American Revolution and the creation of the United States of America.   With a dynamic, interactive mix of in-depth scenography, lighting, sound, multimedia and music, HAMILTON: THE EXHIBITION will give visitors an experiential journey from Hamilton’s childhood in St. Croix to his untimely death in Weehawken, New Jersey and the numerous, indelible ways Hamilton’s bold actions over 200 years ago affect our lives today.

Mr. Seller states, “I hope to use this exhibition to answer some questions that the musical doesn’t address, like ‘What did Alexander actually do when he was a trader in St. Croix?  What did Hamilton’s Manhattan look like?  How did we win the battle of Yorktown?’  In an environment that is visually stunning, aurally thrilling and ingeniously educational, we aim to give visitors yet another unique portal through the life of Alexander Hamilton into the American founding.”

“HAMILTON: THE EXHIBITION will be an enriching, educational and entertaining attraction for Chicago residents and visitors,” Chicago Mayor Rahm Emanuel said. “HAMILTON has been bringing down the house to sold out audiences in Chicago, and I am confident this exhibit will be met with similar enthusiasm. I commend producer Jeffrey Seller, Lin-Manuel Miranda and the creative team behind HAMILTON: THE EXHIBITION for choosing Chicago for its inaugural run.” 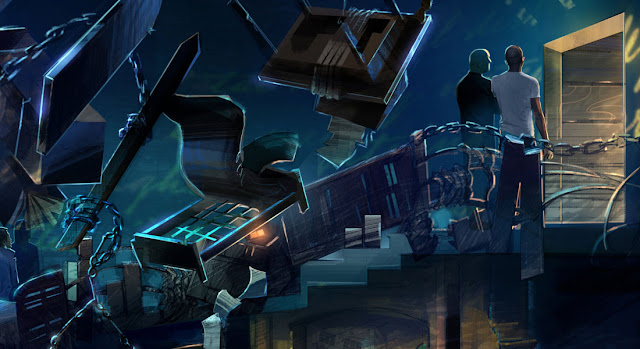 HAMILTON: THE EXHIBITION is the most recent extension of HAMILTON, the musical, following the release of “Hamilton-The Revolution,” the best-selling book about the making of the musical; the Hamilton original Broadway cast recording, now double-platinum and streamed over two billion times; the HAMILTON MIXTAPE, which features leading pop music stars performing covers of songs from the musical; “Hamilton’s America,” the PBS documentary; the HAMILTON APP, which has already had more than 1 million downloads since its launch late last year; and HAMILDROP, Mr. Miranda’s series of newly-recorded covers of songs from the musical.

As well, HAMILTON has created a nationwide education program, EduHam, that provides hundreds of thousands of Title 1 high school students an opportunity to engage in an innovative curriculum about the founding era in American and attend all-student matinee performances of the musical.

For more information and to sign up to be the first to receive news and ticket sales alerts, please visit hamiltonexhibition.com

Tickets to HAMILTON: THE EXHIBITION will be on sale at a later date, to be announced.
Posted by Bonnie Kenaz-Mara at 8:04 AM