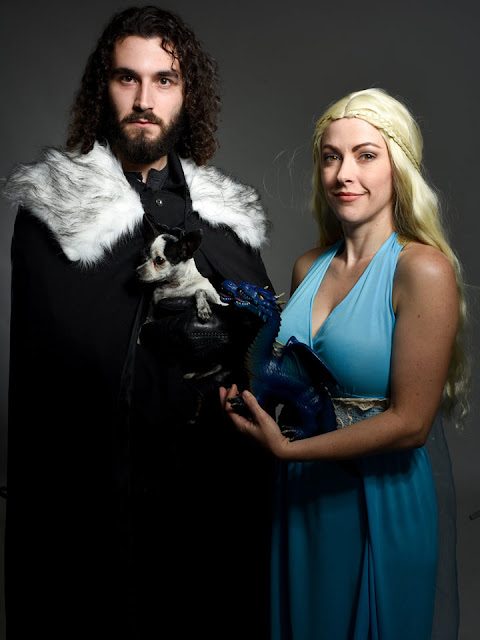 Hold the door! “Thrones! The Musical Parody,” is returning to the Apollo Theater Chicago (2540 N Lincoln Ave, Chicago) September 15 following a successful start to performances earlier this summer. Here at ChiIL Mama & ChiIL Live Shows, we're huge GOT fans and we've felt a bit aimless without our weekly watch parties. For now our watch has ended while we eagerly await the making of a new season. Winter IS coming, but it's not here yet. This fall we'll be over at Chicago's Apollo Theatre for opening night of “Thrones! The Musical Parody”. Check back after Sept 21st for our full review. In the meantime, check out the scoop here: 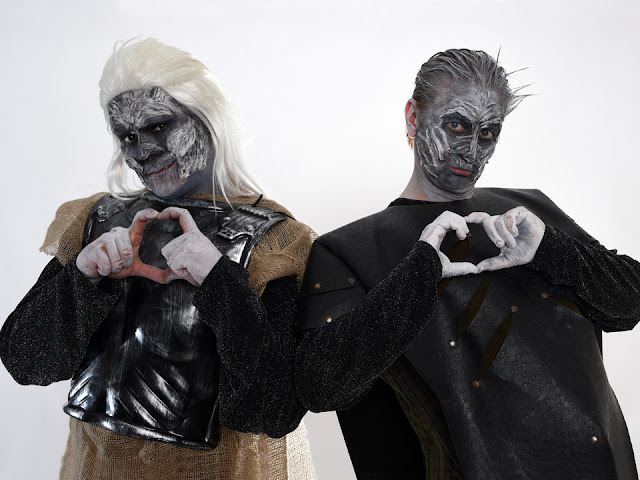 From the creative team behind “Baby Wants Candy” and “50 Shades! The Musical Parody,” the fall run of the “Game of Thrones” send-up features 21 original songs and plot lines through Season 6 of the critical hit, performed by a Chicago-based ensemble including many of the actors from the summer preview run. Tickets ($59 - $39) for the new block of performances go on sale August 22 and can be purchased at the Apollo Theater Box Office by calling 773.935.6100 or visiting ApolloChicago.com. For ticket inquiries for groups of 10 or more, call Group Theater Tix at 312.423.6612. 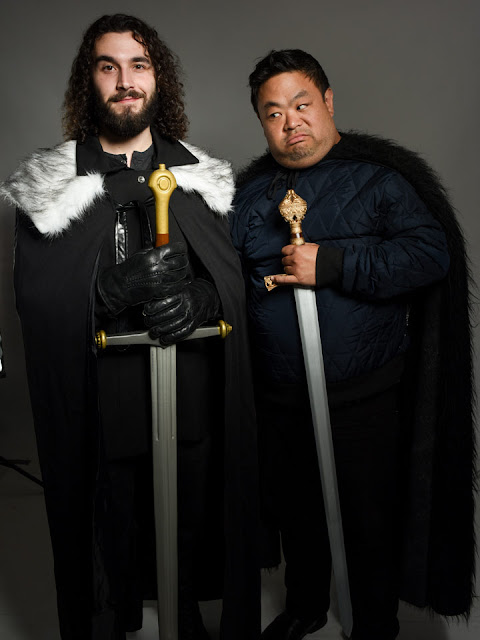 In addition to the run in Chicago, “Thrones! The Musical Parody” is performing at the 2016 Edinburgh Fringe Festival through August 29, marking the production’s second year performing at the largest arts festival in the world. Following these two runs, the parody plans to make national stops throughout U.S., with exact locations to be announced at a later date. 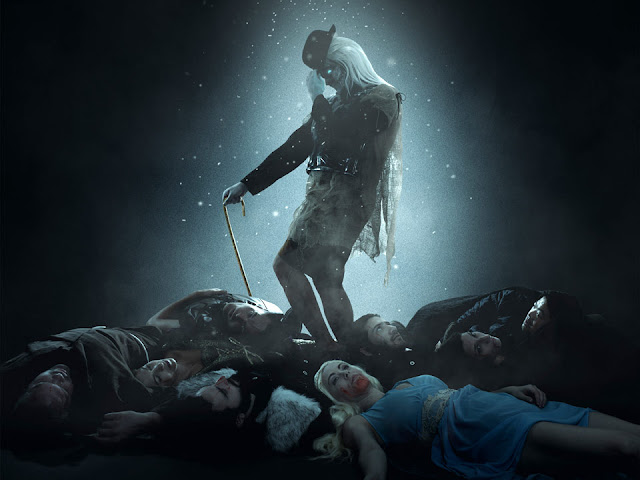 “Chicago has embraced ‘Thrones! The Musical Parody’ with open arms, and our ensemble has brought this comedy to life with endless energy and talent,” said Executive Producer Emily Dorezas. “With the show’s refreshingly funny pop culture and ‘Game of Thrones’ references tied together with catchy score, we’re excited to bring more performances this fall to the Apollo for audiences to experience.” 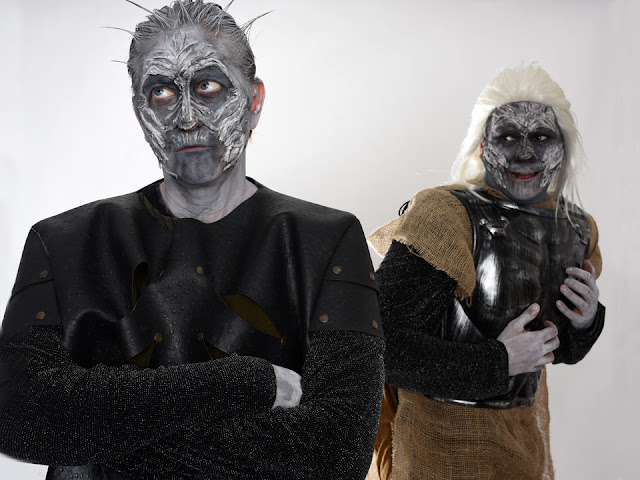 Based off of HBO’s phenomenally successful “Game of Thrones,” “Thrones! The Musical Parody” asks audiences: Will Tyrion’s accent ever improve? Can Jon Snow possibly know more than nothing? Just how red can the Red Wedding get? With Game of Thrones references through Season 6 (read: spoilers), audiences can expect dashing men battling White Walkers, ravishing women riding fire-breathing dragons, and the infamous Walk of Shame—all set to an original score. “Thrones! The Musical Parody” debuted to completely sold-out performances in August 2015 at the Edinburgh Fringe Festival, followed by a sold-out, limited run at London’s Leicester Square Theatre and was hailed as “darkly humorous and beautifully vulgar” (Edinburgh Festival Magazine) and “A resounding success!” (Sunday Times Scotland). 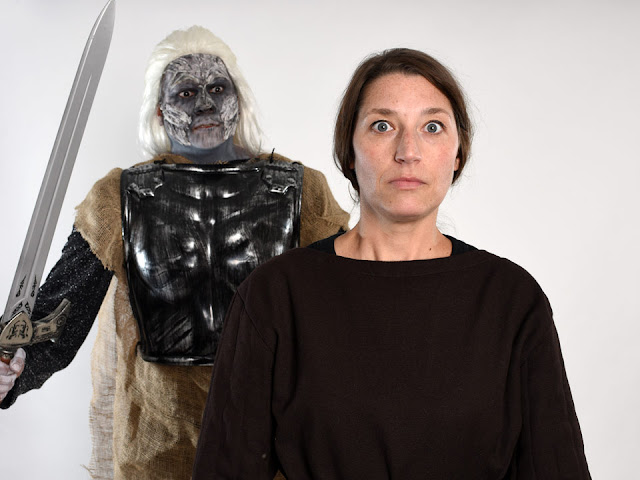 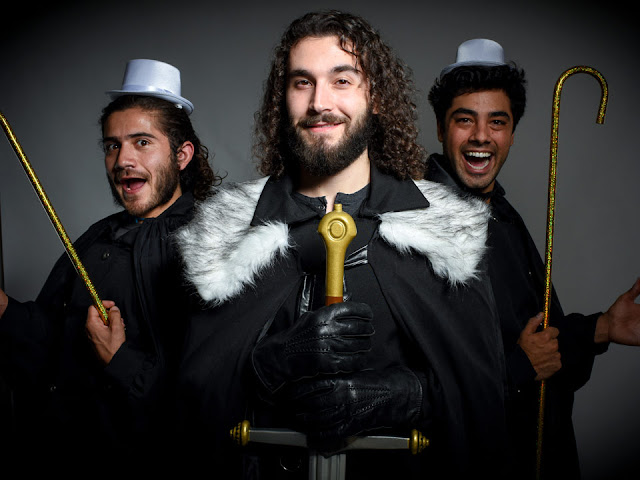 About Baby Wants Candy
“Baby Wants Candy” has performed over 2,000 completely improvised musicals to thousands of fans from Chicago to New York to Singapore to Scotland. Currently, “Baby Wants Candy” runs in Chicago at the Apollo Theater, in Los Angeles at UCB Sunset and tours internationally.  A cutting edge theatrical experience, the performance features a revolving cast of A-list comedic performers and a full band.

“Baby Wants Candy” begins with the cast asking the audience for a suggestion of a musical that has never been performed before. Accompanied by a full band, the first title that the group hears becomes the title and theme for that evening’s 60-minute show, featuring a roller coaster ride of spontaneously choreographed dance numbers, rhyming verses, and witty jaw-dropping comedy.  Each performance is its own opening and closing night, and by design every show is completely unique and a once–in a lifetime premiere.

“Baby Wants Candy” has received rave reviews in The New York Times, The Huffington Post, The Onion, the Chicago Sun-Times, TimeOut New York and more and has received numerous awards and was the Winner of FringeNYC’s Outstanding Unique Theatrical Experience, Best Improv Ensemble by Chicago Magazine, the Best Visiting Comedy Ensemble by TimeOut New York, the recipient of the Ensemble of the Year Award at the Chicago Improv Festival, a rare Sixth Star Award Edinburgh Fringe Festival.

Email ThisBlogThis!Share to TwitterShare to FacebookShare to Pinterest
Labels: “THRONES! THE MUSICAL PARODY”, adult night out, Apollo Theater, Baby Wants Candy, Game of Thrones, GOT, opening, Shows on our radar