Today, Election Day, more than 300 entertainers in partnership with HeadCount.org will take part in a massive get-out-the-vote push, posting photos of themselves to social media urging their fans to “#GoVote.” The campaign specifically aims to combat the trend of “drop-off” voters, where half of young voters only cast ballots in Presidential races and then skip the Midterm Elections. 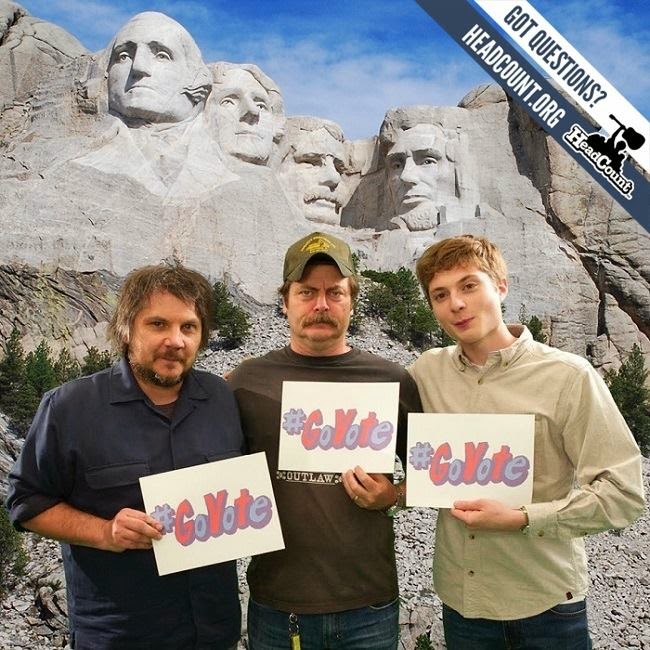 CHICAGO REPRESENTS! It's Nick Offerman, Jeff Tweedy of Wilco, and his son Spencer Tweedy (who turned 18 this year and is voting for the first time)! #GoVote. HeadCount.org


*Here at ChiIL Mama/ChiIL Live Shows we've shot Spencer Tweedy's band, The Blisters, a number of times, and we caught a video interview with the kids too, "back in the day". Such fun to watch them grow up!

The more than 300 entertainers involved average over one million social media followers each across Facebook, Twitter and Instagram, totalling more than 350 million. The number of participants and their popularity makes #GoVote one of the largest Election Day social media efforts ever. 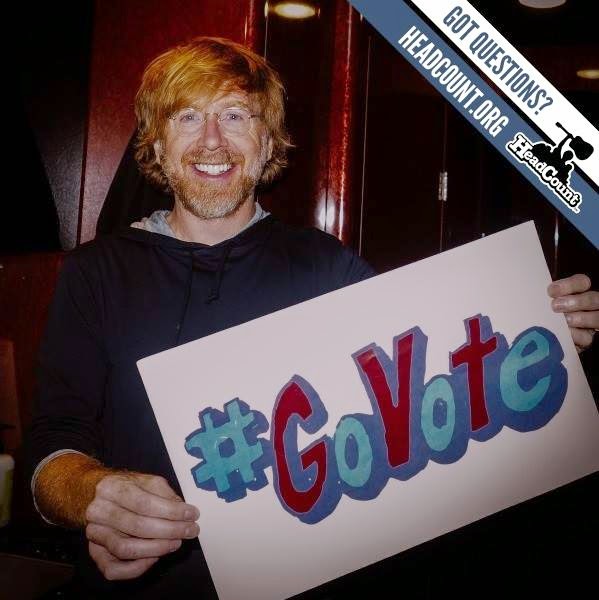 We've met artist Jim Pollock many times--and most recently hung out with him during the summer Phish shows at Northerly Island, in the VIP section. 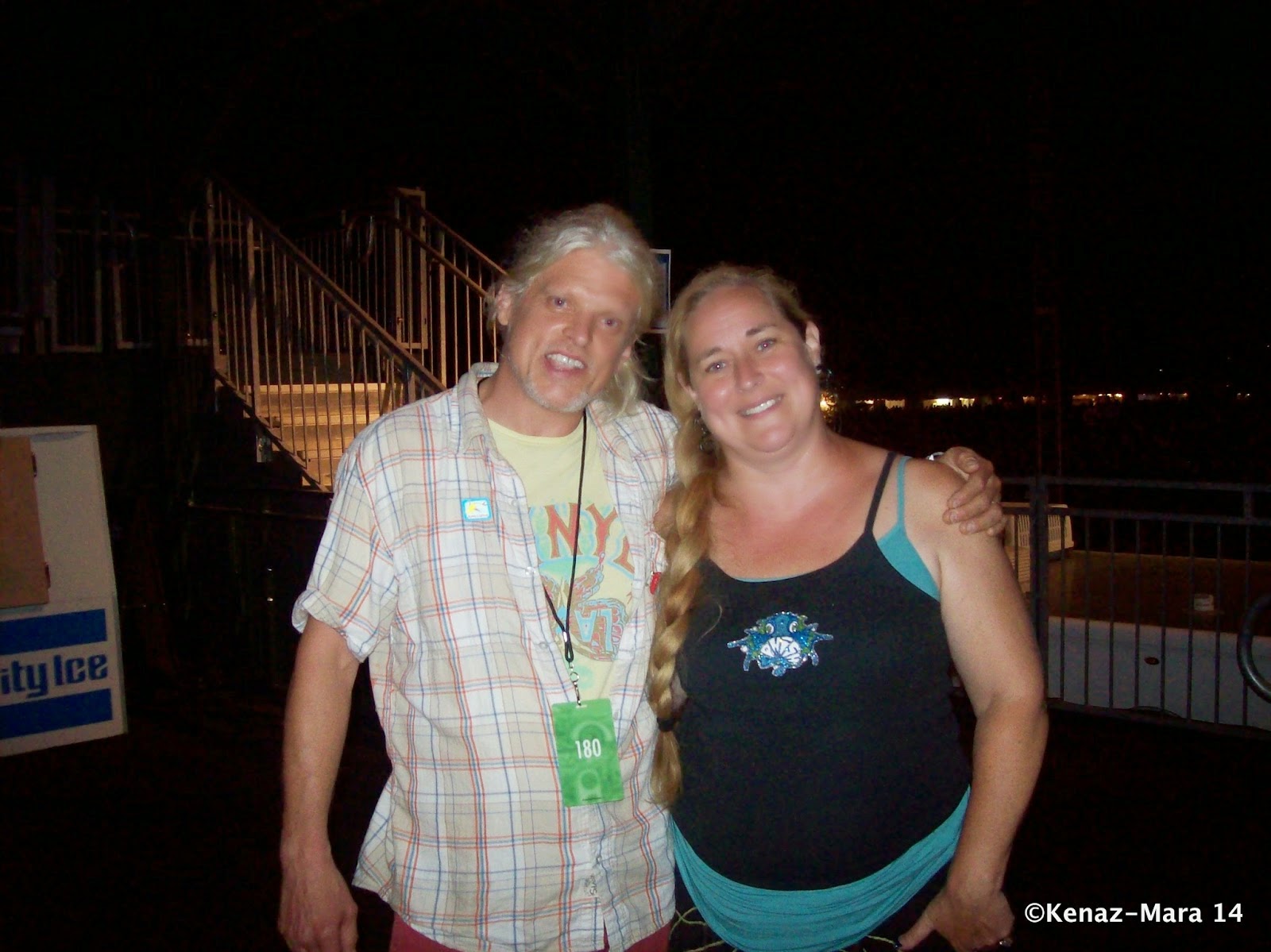 Each post on Twitter, Facebook, Instragram and Tumblr will include a link to www.headcount.org, where voters can find the most comprehensive election information hub on the internet - including a polling place finder, ID requirements, and what’s on each ballot.

“The incumbent Congress is the least popular in history, so we can't leave it to the candidates alone to inspire people,” said Marc Brownstein, HeadCount’s co-founder and bass player of The Disco Biscuits. “We're trying to get the message across that being dissatisfied is a bad reason not to vote – it's the exact reason why participation is so important."

The campaign is part of a broader #GoVote effort that includes multiple organizations and hundreds of works by visual artists, featured on the partner website www.govote.org. HeadCount curated art from several top rock poster artists for the musicians and entertainers to pose with.

Some of the more compelling photos include: Jeff Tweedy of Wilco, appearing with comic Nick Offerman and Tweedy’s son Spencer (who just turned 18 and is eligible to vote for the first time); Jack Johnson standing in front of an ocean, holding artwork that says “#GoVote - Eat Local. Shop Local. Vote Local,” and media mogul Russell Simmons, with art from tattoo artist Luke Wessman.

This campaign follows HeadCount’s highly successful social media push on National Voter Registration Day in September, involving many of the same entertainers. Through that effort and by setting up voter registration drives at 705 live music events, HeadCount registered more than 25,000 voters for this election. 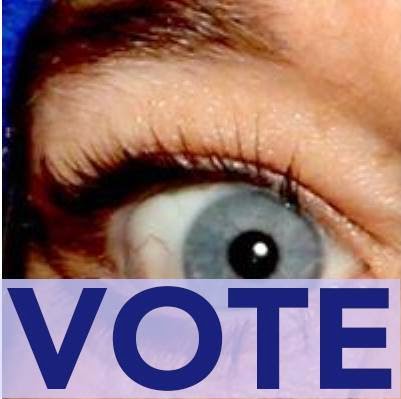 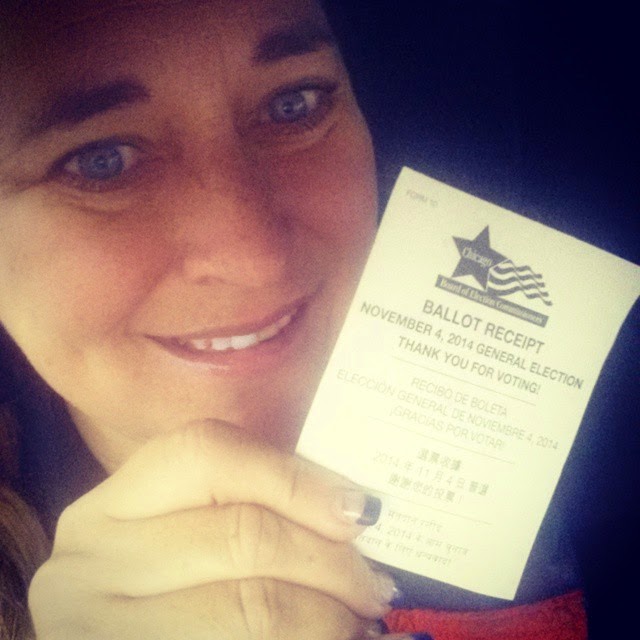 HeadCount.org is a non-partisan organization that uses the power of music to register voters and promote participation in democracy.  For more information, please check out HeadCount.org.
Posted by Bonnie Kenaz-Mara at 10:20 AM