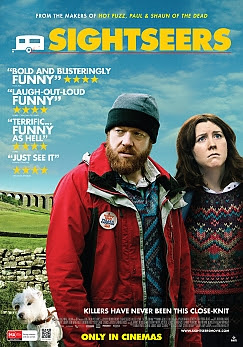 Films on our radar.   Highly recommended.
Sightseers Opens in Chicago Today, Friday, May 17th at The Music Box!

Here at ChiIL Live Shows, we caught a sneak peek at Sightseers and highly recommend it if you dig dark humor.   This welcome addition to the road trip killers genre ala Bonnie and Clide and Natural Born Killers follows a benign looking but lethal English couple on a cross country killing spree. 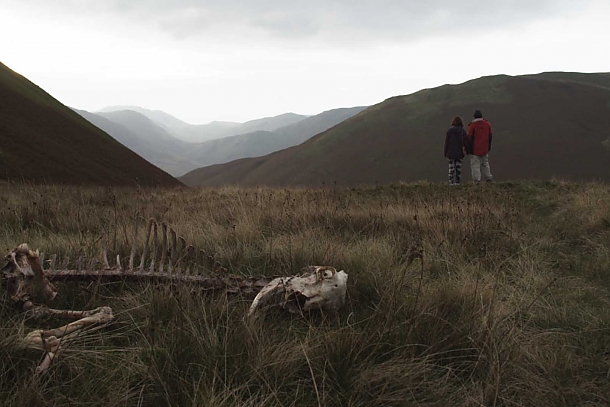 It's a charmingly cathartic wish fulfillment movie in that the couple kills anyone that annoys them.   I'm reminded of the Talking Heads line from Psycho Killer "...I hate people when they're not polite."   Who can say they've never fantasized about "accidentally" offing rude strangers.   Fortunately most of us stop far short of acting on those thoughts.  Still, the concept makes for a hilarious film.

Amid the downright banality of a museum tour road trip to such winning locals as Crich Tramway Museum, the Ribblehead Viaduct, and the Keswick Pencil Museum, trigger tempered Chris inadvertently creates an avid disciple.   When Tina discovers her new beau is a psycho killer, instead of doing the sensible thing like fleeing and turning him in, she embraces his unfortunate habit and becomes a jealous, dognapping murderess herself, much to his chagrine. 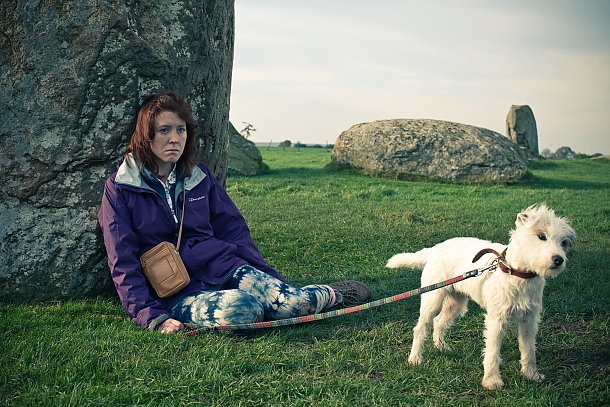 The scariest thing about this film is the utter normality of the protagonists.   They could easily be the couple camped out next to you this summer. 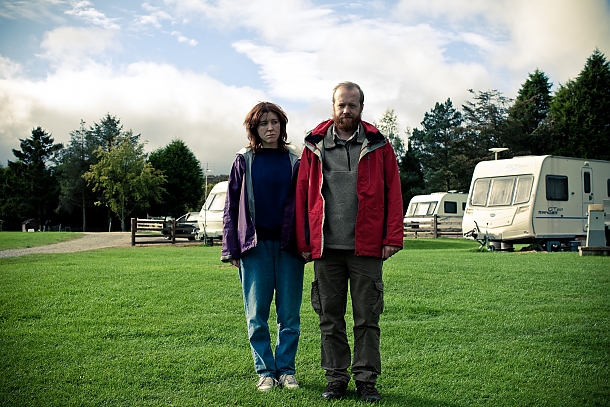 This week we’re opening Sightseers, the new film from director Ben Wheatley (Kill List). In this gleefully gory laugh riot, Chris wants to show girlfriend Tina his world, but events soon conspire against the couple and their dream caravan holiday takes a very wrong turn. Produced by Shaun Of The Dead creator Edgar Wright and co-written & starring members of The Mighty Boosh and Garth Merenghi’s Dark Place, this black comedy is not to be missed! Check out The Playlist’s 5 Reasons You Must See Sightseers

About the film
A pair of sad-sack lovers turns into a frumpy Bonnie and Clyde as their romantic getaway to the English countryside turns into a bloody killing spree.
Directed by Ben Wheatley (Kill List), Chris (Steve Oram) wants to show Tina (Alice Lowe) his world and he wants to do it his way - on a journey through the British Isles in his beloved Abbey Oxford Caravan. Tina's led a sheltered life and there are things that Chris needs her to see - the Crich Tramway Museum, the Ribblehead Viaduct, the Keswick Pencil Museum and the rolling countryside that accompanies these wonders in his life.
But it doesn't take long for the dream to fade. Litterbugs, noisy teenagers and pre-booked caravan sites, not to mention Tina's meddling mother, soon conspire to shatter Chris's dreams and send him, and anyone who rubs him up the wrong way, over a very jagged edge...


More at Music Box: Our Orson Welles matinee series continues this weekend with The Trial. Welles and Anthony Perkins star in this gripping adaptation of Franz Kafka’s tale of a nightmarish totalitarian state. Given 4 stars by Roger Ebert, the Music Box is thrilled to give our patrons the rare chance to see this film on the big screen!
This weekend, cult classics come out at midnight. On Friday, it’s The Room, director/writer/“actor” Tommy Wiseau’s bizarre drama about love and betrayal (Purchase advance tickets now). Then, on Saturday night, it’s The Rocky Horror Picture Show. Grab a virgin kit and join the Midnight Madness shadow cast for a party that’s been going on for over 35 years (Purchase advance tickets now).
Posted by Bonnie Kenaz-Mara at 1:33 PM