WHAT WE'RE WATCHING: Must See Shows at Music Box This Weekend 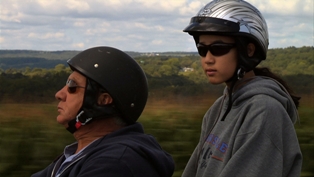 It's a director filled weekend in Chi-town.  Chicago-born filmmaker Linda Goldstein Knowlton will be here for the opening of her new movie Somewhere Between, Jan 11-13, as will the stars of the movie.   We caught a press preview of this moving, thought provoking doc. and highly recommend it!

I'm the daughter of an ESL (English as a second language) teacher and my cousin adopted Chinese girl twins as toddlers who are now 9.   You can check out their "Somewhere Between" experiences via the blog And Babies Make Four right here.  International families have always been a part of my world, and we're making a concerted effort to raise urban kids who have friends from many cultures.   So this film was of particular interest to me.   My husband's also a location sound engineer who travels the world on documentaries and other TV shoots, so he's picky about production values.   Even he was impressed by the quality of the audio and video in Somewhere Between.
The girls' stories are thought provoking, unique and insightful and raise great questions for adoptive multicultural families and society as a whole.   Check it out!

JOYOUS AND MOVING SOMEWHERE BETWEEN ASKS “WHO AM I?”

In profiling Chinese adoptees in contemporary America, the joyous Somewhere Between illustrates that even the most specific of experiences can be universally relatable. The deeply moving documentary by Linda Goldstein Knowlton (The World According to Sesame Street) intimately follows four American teenagers, some of the 80,000 girls who have been adopted from China since 1989 a decade after the country implemented its One Child Policy. These typical American teens reveal an inspiring sense of self-awareness as they attempt to answer the uniquely human question, “Who am I?” Somewhere Between makes its Midwest premiere Friday, January 11 for a limited engagement at Music Box Theater, 3733 N. Southport Avenue. Filmmaker Linda Goldstein Knowlton and the girls from the movie will be in attendance for post-screening Q&A’s on Friday, Saturday and Sunday. www.musicboxtheatre.com/features/somewhere-between

“My daughter's name is Ruby Goldstein Knowlton,” Knowlton explains. “She’s seven. When my husband and I adopted her from China, we had no idea what lay ahead. We became a family in an instant. But as I began to think about Ruby's future, I started to wonder how her coming of age would differ from mine. I began talking to older girls who had been adopted from China and brought to the U.S., and plunged into a world not just of identity but of what it means to be who we are. This film, SOMEWHERE BETWEEN, was born.”

The four girls at the center of the movie – Haley, Jenna, Ann and Fang – meet and bond with other adoptees, some journey back to China to reconnect with the culture, and some reach out to the orphaned girls left behind. In their own ways, they attempt to make sense of their complex identities. Issues of belonging, race and gender are brought to life through these articulate subjects, who approach life with honesty and open hearts.  Born in China to families who are unable to keep them, largely because of China’s “One Child Policy,” the baby girls were raised in orphanages, and then eventually adopted by American families. Here, they grow up with Sesame Street, hip-hop and Twitter. They describe themselves as “bananas”: white on the inside and yellow on the outside. All is well until they hit their teen years when their pasts pull at them, and they begin to wonder, “Who am I?”
As Somewhere Between plunges the viewer into the ordinary and extraordinary days of these four girls’ lives, we, too, are forced to pause and consider who we are—both as individuals and as a nation of immigrants.

Linda Goldstein Knowlton (Director/Producer)
Linda Goldstein Knowlton co-directed and co-produced the feature-length documentary, THE WORLD ACCORDING TO SESAME STREET. The film examines Sesame Street's international co-productions, made primarily in some of the world's political hotspots, including Kosovo, Bangladesh, and South Africa. The film made its World Premiere in competition at the 2006 Sundance Film Festival as an Official Selection in the U.S. Documentary category. The film was selected and screened at the Hot Docs Film Festival in Toronto, the Seattle Film Festival, and other festivals including Boston, Dubrovnik, New Zealand, Melbourne, and Zurich. Previously, Goldstein Knowlton produced the New Zealand film WHALE RIDER (2002), directed by Niki Caro, which was the winner of the Audience Awards at Toronto, Sundance, Rotterdam, Seattle, San Francisco, and Maui film festivals. Goldstein Knowlton became involved with WHALE RIDER in 1992, a decade before its theatrical release, after reading the novella upon which the film is based. Prior to that, she initiated the development of THE SHIPPING NEWS after reading the novel in galley form in 1993, and then produced the 2001-released film, directed by Lasse Hallstrom. She made her feature-film producing debut in 1999 with both MUMFORD, written and directed by Lawrence Kasdan, and CRAZY IN ALABAMA, directed by Antonio Banderas. She is currently developing both fiction and documentary films.

Born and raised in Chicago, Goldstein Knowlton studied neuroscience at Brown University. Following college, she remained in Providence to serve the governor of Rhode Island in the Office of Intergovernmental Relations. She subsequently worked raising funds for film preservation at The American Film Institute, in Washington, D.C., and, later, in Los Angeles. She lives in Los Angeles with her husband and daughter. 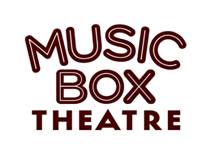