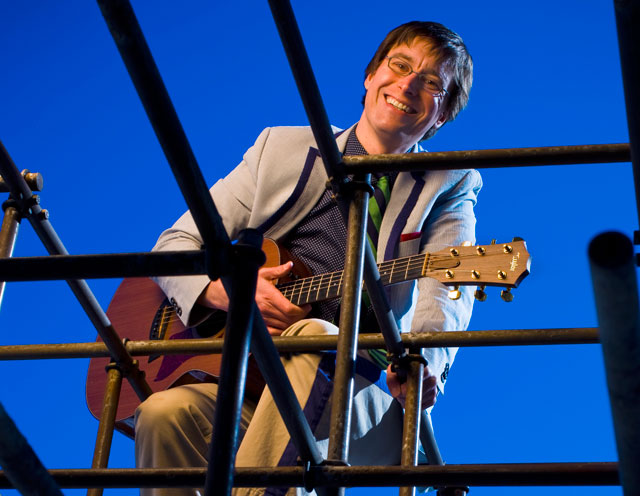 Old Town School of Folk Music will be rockin' February 9th at 11am & 2pm when Grammy nominee, Justin Roberts & The Not Ready for Nap Time Players come to town!

JR is actually a Chicago boy, but as a kindie super star, he's on tour most of the time.   Welcome him home Windy Kindie style and come rock out at his 2 local February shows.

One of the coolest kids' musicians, Justin Roberts pens pop hooks that parents dig as much as their kids!

"There are a slew of musicians with alt-rock credibility making records for kids… Justin Roberts may be the best of the bunch." -Washington Post

ChiIL Out with ChiIL Mama.   Click below for your chance to win a 4 pack of tickets to either show.   Enter through midnight 2/5. 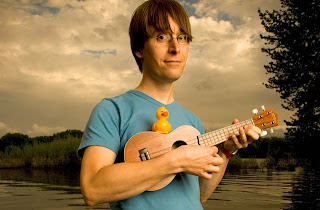 *Note-Another of ChiIL Mama's kindie favorite, Dreamtree Shakers, is playing Old Town on 3/23 at 11am.   Click here for our past coverage including our original video interview with the band.

Justin's latest-just out since November 19th: 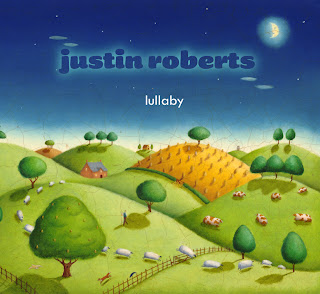 Have you discovered Lullaby yet?

Justin Roberts has managed to weave a magical masterpiece of sonic soul soothing and evocative images, without the annoying, saccharine sweetness that passes for many commercial lullaby albums.   Here at ChiIL Mama, Lullaby makes our ChiILpicks list for some of the best mellow, family friendly music out there, for your littlest insomniacs.   The whimsical Polar Bear track is our fav, but there's not a weak tune in the bunch.   Highly recommended.

“This album is a wonderful gift for anyone who needs some peaceful down time.
You’ll still love this lullaby album when the baby goes off to college.”   ~ Kathy O’Connell, WXPN radio

“This will put children to sleep and wake the hearts of weary parents – a beautiful gift to families everywhere.”
~ playwright Craig Wright

GRAMMY Nominee Justin Roberts releases his first collection of original nighttime songs for families on November 19th. Lullaby is for those wee small hours just before bedtime. These 10 new songs present an unusual mix of genres, including elegant moments of chamber music, snatches of ‘70s soft rock, and sleepy bossa nova and R&B grooves. The entrancing cover art of  Lullaby was created by acclaimed illustrator Alison Jay (Welcome to the Zoo, ABC, Picture This).

In a departure from his usual power-pop, upbeat style, the artist who’s been called “the Paul McCartney of children’s music” (USA Today) and “a natural poet” (New York Times) has created a host of songs with dreamy, atmospheric lyrics and instrumentation. Amid the soothing sweetness is a hint of melancholy, very much in the tradition of “Rockabye Baby.”
Justin Roberts composed and arranged all of the songs on Lullaby. Liam Davis, the multi-instrumentalist member of Roberts’ Not Ready for Naptime Players, produced and performed on the recording, which also features several members of the Chicago Symphony Orchestra playing strings, harp, English horn, oboe, and French horn.  Additional guest artists are vocalists from the Chicago production of the musical Hairspray, and other members of the Not Ready for Naptime Players.

From the heartbeat-soft harp and keyboard phrasing of “Count Them As They Go,” to the delicate pizzicato strings of “Heart of Gold“ and “Lullaby,” these new songs will help set the tone for the quiet moments of each day. Parental and sibling love shines through in songs like “What the Stork Sent,” “All for You,” “Polar Bear” and “Easier To Do.”  Van Morrison’s influence is strong in “A Wild One,” sung from the perspective of a child who’s about to be tucked in for the night. This song is just one more example of why Entertainment Weekly lauds Roberts as “a master of conjuring up images that resonate with the young ones.”

Justin Roberts is a star of the indie family music scene. This Chicago based artist logs thousands of miles on the road each year while performing hundreds of concerts around North America. With numerous national  awards (including six Parents’ Choice Gold awards), critical recognition from the likes of the New  York Times, People  and Time magazines, plus a devoted fan base, Justin and The Not Ready for Naptime Players dish out intelligent and  whimsically rocking music for kids and their parents. Roberts won a GRAMMY nomination for his 2010 release Jungle Gym, and he’s recently authored a new picture book for children, to be published in 2013. Currently, he’s writing and recording songs for his next release, Recess, also due out in 2013.