World Premiere! A FINE FEATHERED MURDER: A MISS MARBLED MYSTERY Via Hell in a Handbag Productions June 16 – July 31, 2022 at The Chopin Theatre

Hell in a Handbag Productions Presents

The World Premiere of 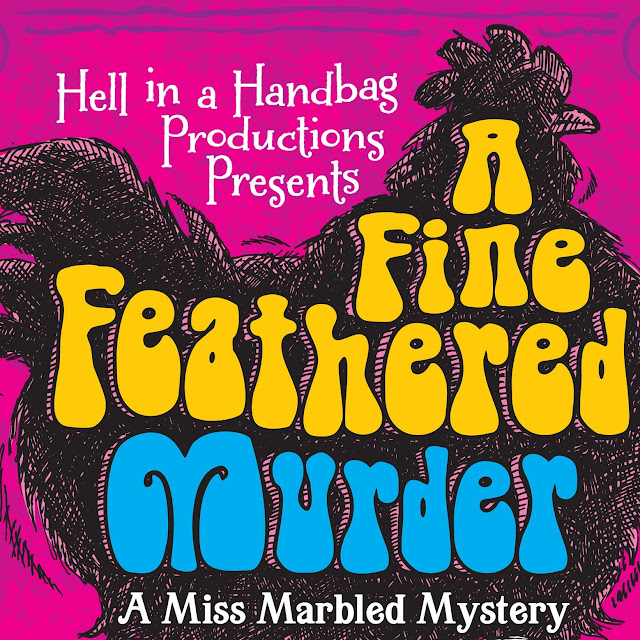 Hell in a Handbag Productions is pleased to conclude its 20th anniversary season with the world premiere of A Fine Feathered Murder: A Miss Marbled Mystery, by Artistic Director David Cerda*, directed by Cheryl Snodgrass. This wild whodunit inspired by everyone’s favorite female British mystery writer will play June 16 – July 31, 2022 at The Chopin Upstairs Theatre, 1543 W. Division St. in Chicago’s Wicker Park neighborhood. Tickets are currently available handbagproductions.org. I'll be out for the press opening June 19th so check back shortly for my full review. 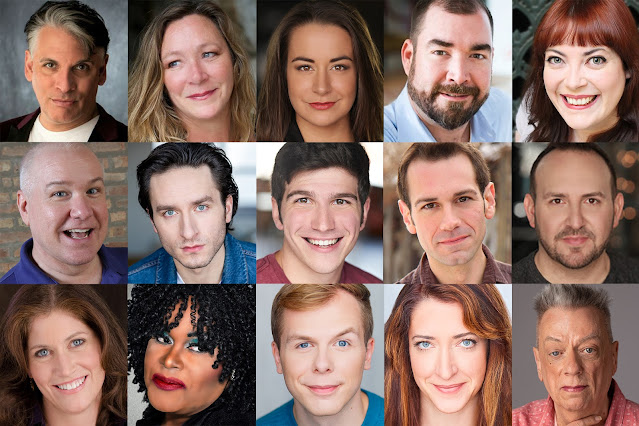 Handbag goes posh with Ed Jones* as Miss Jane Marbled, an unassuming spinster with a knack for solving murders. It’s a good thing because people drop dead wherever she goes. Join Miss Marbled as she visits her dear friend, the wickedly and ridiculously chic, Lady Violetta Fowler (David Cerda*) for the annual Fine Feathered Ball at the Fowler Estate, England’s largest poultry farm. All is well until murder shows up, unannounced, and, in the most brutal fashion. Poor unflusterable Miss Marbled is left to contend with a rogues’ gallery of suspects sure to delight audiences in the tastefully intriguing manner they’ve come to expect from Hell in a Handbag Productions.

Please note: Handbag will continue to adhere to all city, state and federal COVID safety guidelines in place at the time of performance including, but not limited to, proof of full vaccination and masking at all performances.

Tickets: $24 advanced general admission, $42 at the door, $62 VIP/reserved seating with drink ticket. Group rates $34 for 10 or more. Tickets are currently available at handbagproductions.org.

David Cerda (Playwright) is a founding member and Artistic Director of Hell in a Handbag Productions, now celebrating its 20th year anniversary. As resident playwright, he has written many Handbag productions as well as acted in them. His play, The Drag Seed was recently produced at LaMaMa Experimental Theater and his Golden Girls Lost Episodes parody shows have been produced around the country and was featured in Golden Con: Thank you for being a Fan, the world’s first fan convention dedicated to all things Golden Girls at Chicago’s Navy Pier. As a Latinx queer individual, he is a proud inductee into the Chicago LGBT Hall of Fame and recipient of a Jeff Award for lifetime achievement for his 25 years (and counting) of work and service to the community. He lives in Chicago with his partner, Christopher.

Cheryl Snodgrass (Director) has most recently directed the remount of The Drag Seed and its move to LaMama in NYC. She first worked with HIAH as an actor, playing Bigger Lorraine in Caged Dames, but soon transitioned to directing. She has since directed Die! Mommie, Die!, Haywire, Rip Nelson’s Halloween Spooktacluar, SCARRIE The Musical,  L’imitation of Life and The Birds.  Cheryl has also assisted David in developing several scripts. Outside of HIAH, Cheryl has worked with playwright Jeff Goode for 35 years as a director, actor and producer. She directed the premiere productions of Poona the F*ckdog and Other Plays for Children (Trap Door), The Emancipation of Alabaster McGill (Studio Roanoke) and The Eight Reindeer Monologues (Brave Hearts). In the last five years, she’s directed three shows for The Foundlings – To the New Girl, Hoist, and The Eight. She directed two shows for Glass  Glass Apple – Shadows of Birds and Lighthouses in the Desert and, finally, Who’s Holiday, for Penobscott Theatre in Bangor, ME. 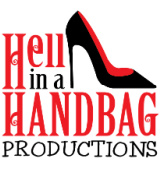 About Hell in a Handbag Productions

Hell in a Handbag is dedicated to the preservation, exploration, and celebration of works ingrained in the realm of popular culture via theatrical productions through parody, music and homage. Handbag is a 501(c)(3) Not for Profit. For additional information, visit handbagproductions.org.

Posted by Bonnie Kenaz-Mara at 8:12 AM