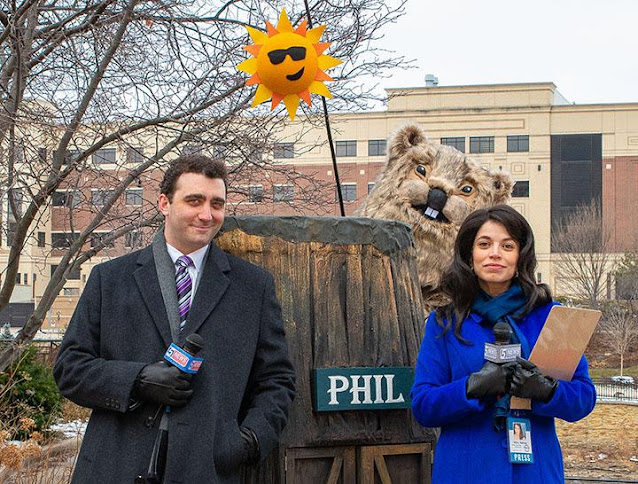 Here at ChiIL Mama, we adore both the movie Groundhog Day and Paramount Theatre's award winning musicals. We're predicting this pairing will bring together talented actors, great production values, and plenty of laughs, in a day you won't mind repeating. I'll be catching opening night, February 4th, so check back soon for my full review.

Set your alarm to see Groundhog Day: The Musical, based on the classic Bill Murray film comedy, because the forecast calls for Paramount Artistic Director Jim Corti to direct another signature blockbuster musical comedy. 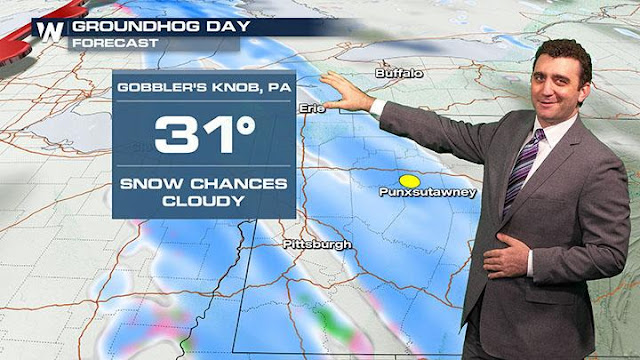 Meet cynical TV weatherman Phil Connors, who is living a never-ending nightmare stuck in a small town whose biggest claim to fame is meteorologist groundhog Punxsutawney Phil. What sounds like an outlandish fantasy becomes an insightful look at discovering what you’re capable of when you finally lower your defenses, find the selfless person within, and make the most of each day.

Will the groundhog see his shadow? Will you want to see this marvelously manic musical again and again? And again and again and again? Paramount thinks so! The New York Times agrees Groundhog Day: The Musical is “full of fertile and feverish theatrical imagination,” not to mention its seven Tony nominations, including Best Musical and Best Original Score.

Groundhog Day: The Musical - Behind the scenes

“There’s great humanity in this story of Phil Connors, a public figure who, it turns out, is very unappealing off camera,” said Artistic Director Jim Corti. “Phil is the type to take advantage of situations, of others, of women in particular. When he gets stuck in the trap of reliving the same day, every day, he takes advantage of that, too. Until the question becomes ‘what do you do with the day now?’ That’s when Phil’s story takes a turn into a morality tale of sorts. Use every day to help others. In a rut? Be the change.”

﻿Leading the cast are Alex Syiek as Phil Connors in his Chicago debut and Phoebe González as Rita Hanson. Syiek performed Off-Broadway in Zorba! at Ensemble City Center, and regionally at Great Lakes Theater, Idaho Shakespeare Festival, Playhouse Square, New London Barn Playhouse and 14th Street Theater. González is a Chicago-based Mexican-Irish-American actor and singer making her Paramount debut. She has worked with such Chicago theaters as Steppenwolf, Marriott, Writers Theatre, The Hypocrites and Teatro Vista. Regionally, she has appeared for three seasons at American Players Theatre in Wisconsin and toured with the Kennedy Center.

Jim Corti (Paramount Artistic Director and director of Groundhog Day: The Musical) inaugurated Paramount’s Broadway Series with President and CEO Tim Rater in fall 2011 with the critically acclaimed My Fair Lady and a subscriber base of 12,500 patrons. In 2015, Paramount’s Broadway Series became Jeff Award eligible. Since then, Paramount has garnered 68 nominations with 19 wins, including three consecutive Best Large Musical awards for Les Misérables, West Side Story and Sweeney Todd. Corti helmed all three, and won Best Director for two of them, Les Misérables and Sweeney Todd. Prior to the pandemic, Paramount subscriptions had risen above 41,000 with a record- breaking 350,000 patrons in attendance in 2019. Corti also directed Paramount’s Fiddler on the Roof, Miss Saigon, Rent, The Who’s Tommy, Oklahoma!, Mamma Mia!, Million Dollar Quartet, Once, The Producersand Newsies. A Broadway veteran, he appeared in the original New York casts of Ragtime and Candide, joined the long running A Chorus Line and toured nationally in Urinetown, Cabaret and Bob Fosse’s Dancin’. Other highlights include being the only director to have two productions in the same year in the Chicago Tribune’s list of 10 Best Shows for Drury Lane’s Cabaret and Writers Theatre’s Oh, Coward! in 2009. He remains the sole honoree to have won Jeff Awards as an actor (Marriott’s Grand Hotel), choreographer (Drury Lane’s Singin’ in the Rain) and director (Paramount’s Sweeney Todd and Les Misérables, Drury Lane’s Sweet Charity and Northlight’s Blues in the Night). 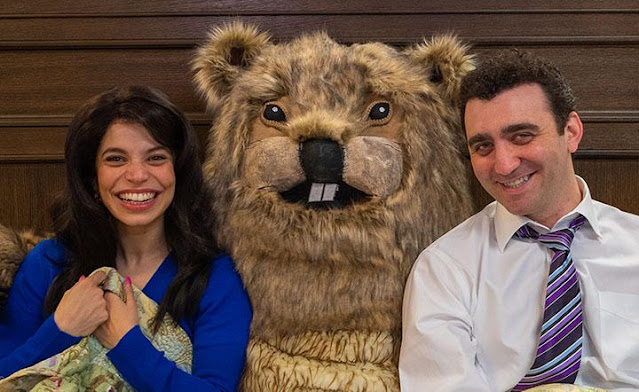 Groundhog Day: The Musical is based on the 1993 Columbia Pictures film comedy starring Bill Murray. Story and book are by Danny Rubin, who co-wrote the original screenplay. Music and lyrics by Tim Minchin. Orchestrations and arrangements by Christopher Nightingale. The musical premiered at The Old Vic on London’s West End in summer 2016 and was nominated for eight Laurence Olivier Awards, winning for Best New Musical and Best Actor in a Leading Role. It opened on Broadway in 2017 and was nominated for seven Tony Awards, including Best Musical.

Paramount Theatre is located at 23 E. Galena Blvd. in downtown Aurora. For tickets and information, visit paramountaurora.com, call (630) 896-6666, or stop by the Paramount box office Monday through Saturday, 10 a.m. to 6 p.m.

Note: Groundhog Day: The Musical is suggested for ages 14 and up due to adult language, sexual content and depiction of suicide.

Breaking down barriers to live theater: Paramount introduces Pay What You Can events

Paramount Theatre is offering two Pay What You Can performances of Groundhog Day: The Musical on Wednesday, January 26, at 7 p.m., and Saturday, January 29, at 3 p.m.

Both days, starting at 10 a.m., visit the Paramount Theatre box office in-person to request tickets. Customers will be asked how much they’d like to pay and will simply pay what they can. Limit four tickets per person. Offer not valid toward previous purchases. Online or phone purchases are not permitted. Paramount’s Pay What You Can program is part of the theater’s new program, REACH (Resources Expanding the Arts and Connecting Humanity).

If you require wheelchair or special seating or other assistance, please contact the box office at (630) 896-6666 or boxoffice@paramountarts.com in advance

For patrons who are deaf or hard of hearing, Groundhog Day: The Musical will be presented on Friday, March 11, at 8 p.m. with two certified sign interpreters translating all dialogue and lyrics into American Sign Language. Patrons can purchase single tickets with special seating for this performance for $30 with the code ASLPARAMOUNT.

Paramount Theatre’s Covid-19 commitment to and safety and protocol

Paramount Theatre is committed to the health and safety of all patrons, theater employees, production staff and artists. To ensure the safety of everyone in the theater, regardless of age, attending a performance at either Paramount Theatre or Copley Theatre must wear masks and have proof of being fully vaccinated. Negative Covid tests may also be presented, with restrictions.

Note: This summarizes Paramount’s current Covid-19 safety policy required at press time through January 9, 2022 and the run of Cinderella. For the latest updates and complete details, please read Paramount’s full Covid Policy. Guests who do not comply will be denied entry or asked to leave the theater. If you feel you cannot follow these guidelines, please contact the box office at (630) 896-6666 to discuss your options. 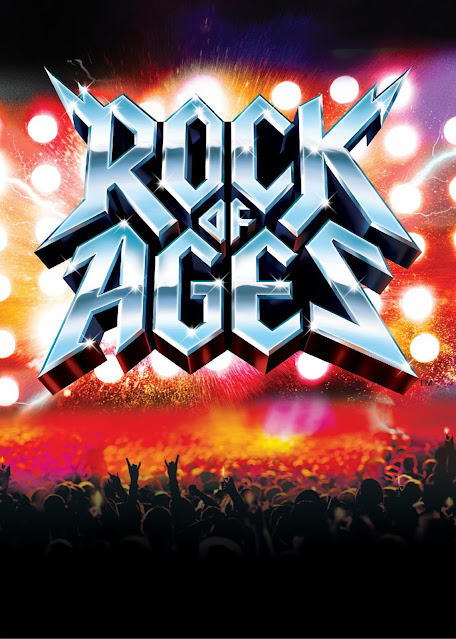 Are you ready to rock? Rock of Ages will take audiences back into the iconic music era of the ‘80s, where rock ‘n’ roll dreamers turn their fantasies into reality. Nominated for five Tony Awards, including Best Musical, Rock of Agesis a Hollywood love story told through the mind-blowing hits of top ‘80s rock bands like Journey, Bon Jovi, Styx, Poison and more. Paramount Theatre Artistic Producer and New Works Director Amber Mak will direct. Previews start April 13. Press opening is Friday, April 22, at 8 p.m. Performances run through May 29, 2022.

﻿Paramount Theatre, 23 E. Galena Blvd., is the center for performing arts and education in Aurora, the second largest city in Illinois. The beautiful,

After launching its own Broadway Series in 2011, Paramount Theatre grew to be the second largest subscription house in the U.S. Before Covid, more than 41,000 subscribers from all over Chicagoland and the Midwest were enjoying Paramount’s critically acclaimed, 2019-20 Broadway-caliber productions. In addition, Paramount also presents an array of internationally known comedians, music stars, dance events and family shows annually.

Paramount Theatre continues to expand its artistic and institutional boundaries under the guidance of Tim Rater, President and CEO, Aurora Civic Center Authority; Jim Corti, Artistic Director, Paramount Theatre; a dedicated Board of Trustees and a devoted staff of live theater and music professionals.

Posted by Bonnie Kenaz-Mara at 4:20 PM