Knuffle Bunny: A Cautionary Musical Via The Young People’s Theatre of Chicago Through Dec. 19 at The Greenhouse Theater Center 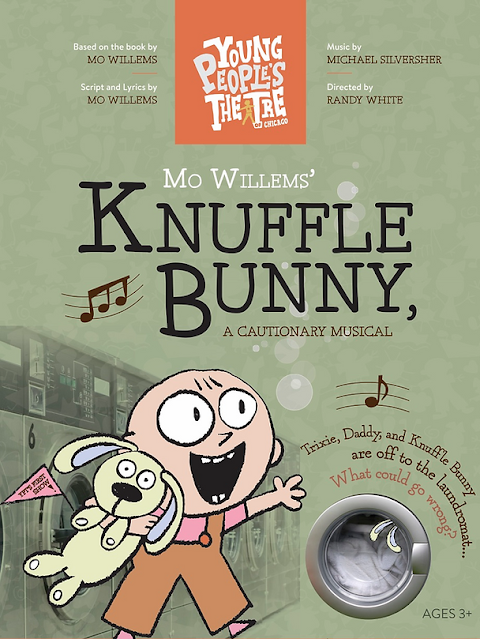 AT THE GREENHOUSE THEATER CENTER, DECEMBER 2 - 19

This Live Musical for Ages 3 and up is Based on The Beloved Children’s Book “Knuffle Bunny: A Cautionary Tale” by Mo Willems

Here at ChiIL Mama we adore Mo Willems and children's theatre, so we're excited to share there's a new troupe in town, The Young People’s Theatre of Chicago (YPT). Even better, their inaugural production is Knuffle Bunny: A Cautionary Musical, written by Mo Willems, with music by Michael Silversher, and directed by Randy White and music directed by David Zizic. I had the great pleasure of meeting and photographing Mo Willems for ChiIL Mama when my children were small and his hilarious books were in heavy rotation in our home. If he's a favorite of yours too, or if you're newly discovering his work, don't miss this! Theatre boosts empathy and creative thinking in children. If you're looking for family friendly fun with your littles this December, put Knuffle Bunny on your list.
Adapted by Willems from his own Caldecott Honor-winning children’s book, “Knuffle Bunny: A Cautionary Tale,” the production runs Thursday, Dec. 2 - Sunday, Dec. 19 at The Greenhouse Theater Center, 2257 N. Lincoln Ave. Regular performances are Thursdays at 6:30 p.m., Fridays at 6:30 p.m., Saturdays at 10 a.m. and 1 p.m. and Sundays at 1 p.m. The press opening is Thursday, Dec. 2 at 6:30 p.m. The current running time is 50 minutes. Tickets are $19 (under 12) and $25 (12 and up) and are available now at greenhousetheater.org, in person at the box office or by calling 773.404.7336.

*YPT will not be seating the theater at full capacity and proof of a COVID-19 vaccination is required for ages 12 and up.*

Knuffle Bunny is the spirited account of a beleaguered Dad who inadvertently leaves his toddler’s favorite stuffed bunny at the laundromat. Adapting his best-selling illustrated book for the stage, Mr. Willems explores the loving and complex bond between parent and child while celebrating the glorious complexity of family life in the big city. Knuffle Bunny features Michael Silversher’s irresistibly hummable music, plenty of energetic dance, and some truly inspired puppets (both modest and HUUUUGE!) – and even a guest appearance by Mo Willems’ own much-loved bus-driving pigeon! 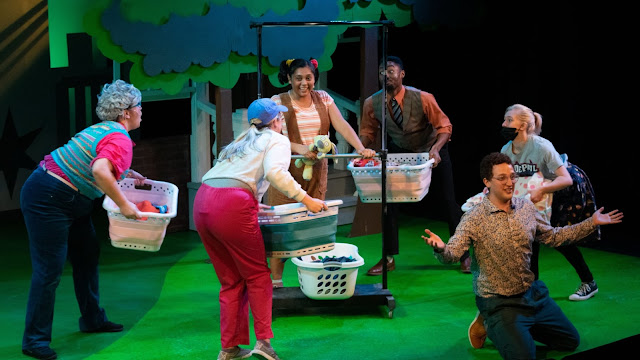 Mo Willems is a New York Times bestseller who began his career as a writer and animator for PBS' ”Sesame Street,”where he garnered six Emmy Awards for his writing. During his nine seasons at ”Sesame Street,” Willems also served as a weekly commentator for BBC Radio and created two animated series,

Nickelodeon's ”The Off-Beats” and Cartoon Network's ”Sheep in the Big City.” While serving as head writer for Cartoon Network's #1 rated show, “Codename: Kids Next Door,” Williems began writing and drawing books for children. His debut effort, ”Don't Let the Pigeon Drive the Bus!” became a New York Times Bestseller and the following year ”Knuffle Bunny: a Cautionary Tale” was awarded a Caldecott Honor. The sequel, ”Knuffle Bunny Too: A Case of Mistaken Identity” garnered him his third Caldecott Honor in 2008. In addition to picture books, Mo created the Elephant and Piggie books, a series of "Easy Readers", which were awarded the Theodor Seuss Geisel Medal in 2008 and 2009 and a Geisel Honor in 2011. For older audiences he has published an illustrated memoir of his year-long trip around the world in 1990-91 entitled ”You Can Never Find a Rickshaw When it Monsoons.” The animated ”Knuffle Bunny” was awarded Best Film during the New York International Children's Film Festival in 2008 and received the Andrew Carnegie Medal in 2007. The animated ”Don't Let the Pigeon Drive the Bus!” garnered Willems his second Carnegie Medal in 2010. He wrote the script and lyrics for Knuffle Bunny: A Cautionary Tale, commissioned by the Kennedy Center for its 2010 season. Willems lives in Massachusetts with his family.

Michael Silversher is a Grammy Award-winning songwriter (“Elmo in Grouchland”), with three primetime Emmy nominations, including two for Winnie-the-Pooh and one for The Muppets who collaborated with Joy Sikorski to create SingBabySing’s exclusive prenatal and infant music singing CD for moms, dads, grandparents, nurses and early childhood educators.

Silversher was the composer for the background music of the hit children’s TV show, “Dinosaur Train,” songwriter for “Pajanimals”and composer/co-lyricist for Knuffle Bunny, A Cautionary Tale, which premiered at the Kennedy Center. Silversher, in collaboration with Patty Silversher, also wrote the theme songs for Disney’s television series, “Tale Spin” and “Gummi Bears.” Together they have over one hundred songs in the Disney catalog.

Randy White was founding artistic director of Cardinal Stage in Bloomington, IN. Under White’s leadership, Cardinal grew into one of Indiana’s largest arts organizations. A champion of children’s theatre, White also inaugurated Cardinal’s extraordinarily successful Cardinal for Kids series, playing to 100,000+ children throughout Southern Indiana. White was also gratified to work with 100+ extraordinarily talented Chicago actors and designers while at Cardinal.

In New York City, White developed and directed Theatreworks USA’s Max and Ruby, a children’s musical that played off-Broadway and toured nationally. He directed the 15-month off-Broadway run of Glen Berger’s Underneath the Lintel, assisted on Disney’s The Lion King, and was resident director at New Dramatists. Regionally, White has directed at Shakespeare Santa Cruz, Portland Center Stage, Actors Theatre of Louisville and many other theatres across the county.

In Chicago, White directed The Wizard of Oz at the Children’s Theatre of Winnetka and Curious George and Knuffle Bunny at Northbrook Theatre. For the Greenhouse Theater, White directed Truman and The Birth of Israel and was nominated for an Equity Jeff Award for his critically acclaimed production of Midsummer (A Play with Songs). White holds an MFA in directing from the University of Alberta in his native Canada. 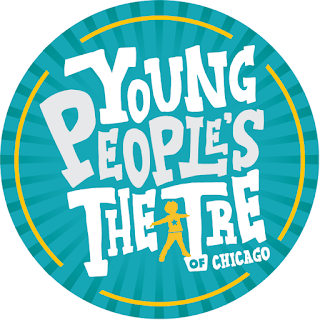 The Young People’s Theatre of Chicago

The Young People’s Theatre of Chicago is a new children’s theatre company offering high-quality Theater for Young Audience productions and performance/education opportunities for children of all ages and backgrounds. Housed in the historic Greenhouse Theater Center, YPT launched in the fall of 2021, with additional productions planned for the spring of 2022.

YPT’s Managing Artistic Director Randy White noted that, “as we prepare for our inaugural season, YPT is focused on partnering with community organizations, parents, educators, and local business leaders to provide thrilling and transformative theatre experiences for children from Lincoln Park and surrounding neighborhoods. These community partners will make it possible for local children of all ages–from toddlers to teenagers–to experience and participate in a wide range of transformative theatre experiences, including established children’s classics, commissioned new works by celebrated American playwrights, and extraordinary performance and educational opportunities.” 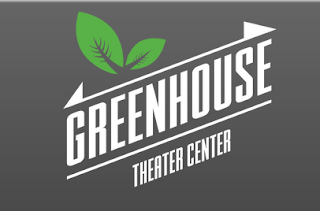 Tickets: currently available at greenhousetheater.org, in person at the box office, or by calling 773.404.7336.

Posted by Bonnie Kenaz-Mara at 1:09 PM