What You Need to Know About Mozart’s

November 3–27 at Lyric Opera of Chicago 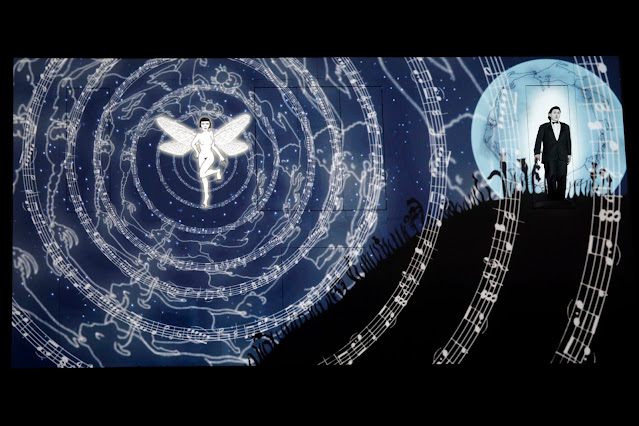 I'll be out to review on November 7th, so check back early and often. In the meantime, book your tickets now. It's a short run with only 7 performances, and tickets are sure to be in demand.

A prince’s valiant quest leads to love at first sight. But to prove his worth for marriage, he must first survive daring trials of wisdom and devotion. The Magic Flute, Mozart’s final opera, is full of gods and monsters, compassion and revenge, love and death—it is both a fanciful fairy tale and a profound reflection on spiritual enlightenment. Lyric Opera of Chicago presents a sumptuously bold, new-to-Chicago production that pays homage to the 1920’s silent movies and German expressionism, while remaining faithful to the magic the opera’s title promises.

•       A truly cinematic experience unlike any opera Lyric has produced. This spectacularly inventive production, created by the team of Suzanne Andrade and Barrie Kosky and directed in Chicago by Tobias Ribitzki, features eye-popping projections by animator Paul Barritt and innovative stage design and costumes by Esther Bialis. Taking its inspiration from silent films, the production foregoes the traditional spoken dialogue in between the operatic scenes. Instead, texts are projected onto the stage with musical accompaniment.

•       The most enduring classical earworm? The villainous Queen of the Night’s high-flying “Der Hölle Rache” (“Hell’s Vengeance”) is one of the most famous arias in all of opera. It is instantly recognizable from its myriad appearances in popular culture, from Disney’s Operation Dumbo Drop to the film Eat Pray Love to TV’s Gossip Girl, not to mention a long list of iconic commercials. In this production, the Queen of the Night fills the stage as a gigantic spider while her stratospheric high notes blow the roof off the Lyric Opera House.

•       An acclaimed Chicago native comes home. Renowned conductor Karen Kamensek, who was born in Chicago, makes her Lyric debut leading the Lyric Opera Orchestra in interpreting Mozart’s captivating and familiar score. In the 2019/20 season, she made a sensational Metropolitan Opera debut conducting its much-buzzed-about production of Philip Glass’s Akhnaten.

•       Lyric favorites return to Chicago. Ying Fang stars as the heroine Pamina, a role she has performed to great acclaim at the Met and in Zurich. She made her Lyric debut as another Mozartian ingenue, Zerlina, in 2019/20’s Don Giovanni. Brenton Ryan, who appeared at Lyric as the Fool in the 2015/16 production of Berg’s Wozzeck, returns in the key role of Monostatos.

•       Exciting debuts. The Magic Flute features many artists making their much-anticipated Lyric debuts in leading roles, including Lila Dufy as the Queen of the Night, Pavel Petrov as Tamino, Huw Montague Rendall as Papageno, and Tareq Nazmi as Sarastro.

Lyric Opera of Chicago thanks its Official Airline, American Airlines.

Lyric Opera of Chicago is supported in part by a grant from the National Endowment for the Arts in response to the COVID-19 pandemic and acknowledges support from the Illinois Arts Council Agency.

Lyric Opera of Chicago is committed to redefining what it means to experience great opera. The company is driven to deliver consistently excellent artistry through innovative, relevant, celebratory programming that engages and energizes new and traditional audiences.

Under the leadership of General Director, President & CEO Anthony Freud, Music Director Enrique Mazzola, and Special Projects Advisor Renée Fleming, Lyric is dedicated to reflecting, and drawing strength from, the diversity of Chicago. Lyric offers, through innovation, collaboration, and evolving learning opportunities, ever-more exciting, accessible, and thought-provoking audience and community experiences. We also stand committed to training the artists of the future, through The Patrick G. and Shirley W. Ryan Opera Center; and to becoming increasingly diverse across our audiences, staff, programming, and artists—magnifying the welcoming pull of our art form, our company, and our city.

Through the timeless power of voice, the splendor of a great orchestra and chorus, theater, dance, design, and truly magnificent stagecraft, Lyric is devoted to immersing audiences in worlds both familiar and unexpected, creating shared experiences that resonate long after the curtain comes down.

Posted by Bonnie Kenaz-Mara at 5:20 PM