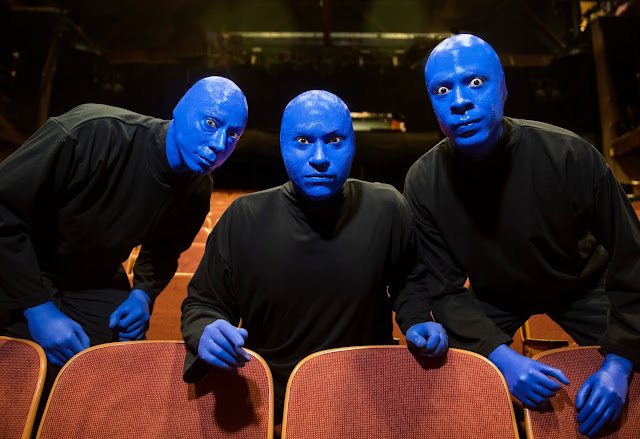 "That show had everything I like in it. I had a sore jaw from laughing so consecutively.
Really appreciated it. They had excellent humor, outstanding drummers,
and the creativity went through the roof."
Andrew Collazo 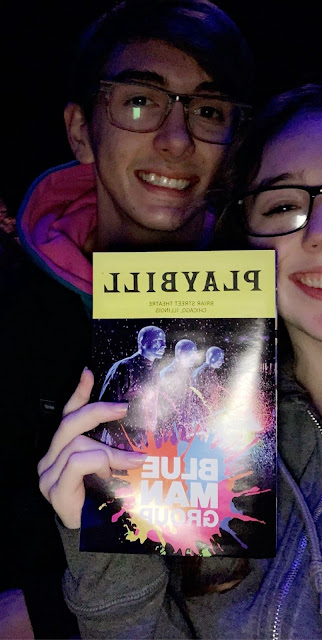 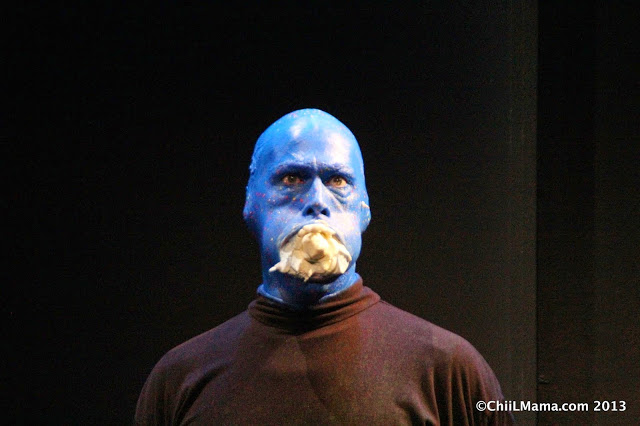 I've seen Blue Man Group many times over the years, in 2011, when they first updated the show, and again in 2012 with my circus team mates from CircEsteem. I also saw them with 3 generations of my family in 2014. 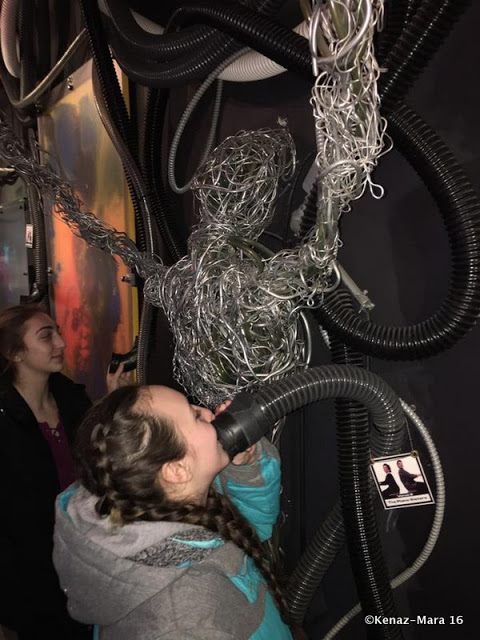 The last time I went was 2016, when I was 13, so I couldn't wait to catch them again, now that I'm older. Thanks to Blue Man Group for comping us a couple tickets, so I could recap our experience for my "Teen Take" series at ChiILMama.com. 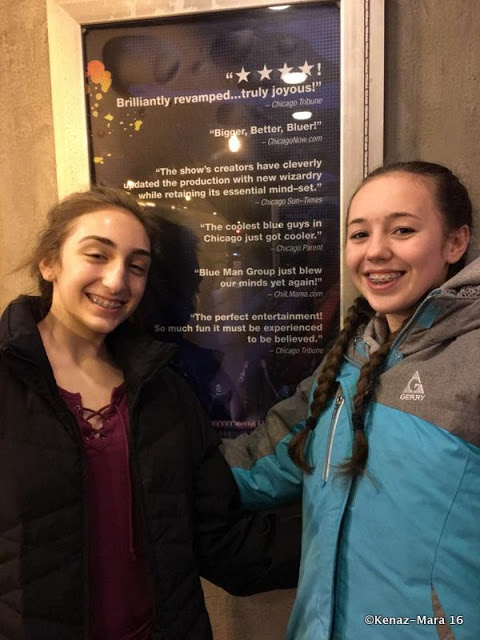 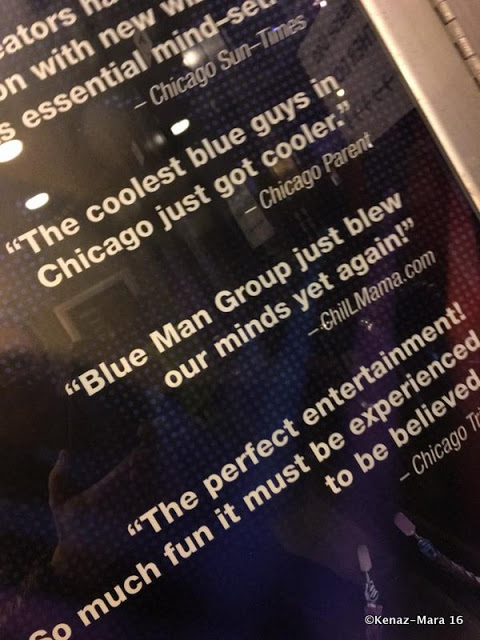 I'm dating a guy now who was a coworker of mine at Bristol Renaissance Faire for the past two summers. Andrew's a drummer and juggler, so I surprised him with tickets to the Blue Man Group show. He'd never seen them.

We got to be part of the show from the start. They featured us as the "You're Late Couple". It was super funny. They put us up on the big screen, and gave us closer seats than we had originally. The drumming was amazing and they've changed up the instruments some since I saw it last. 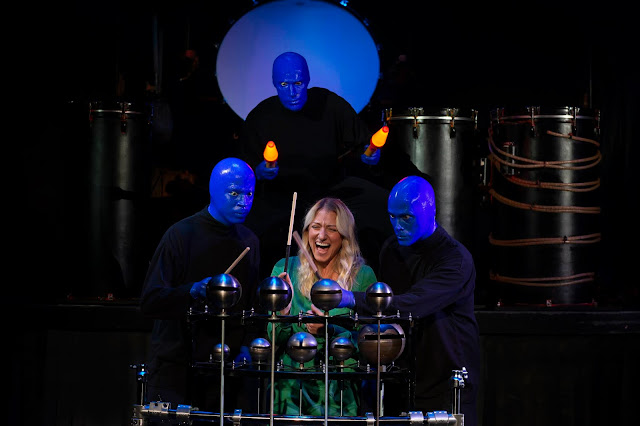 I also loved that they moved the human painting in front of the audience now instead of back stage. 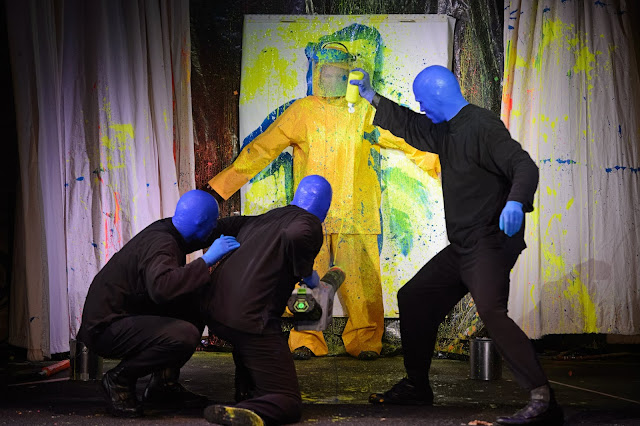 The only thing I truly missed was the big dance party they used to close with, which wasn't in the show anymore.

Andrew said he was so happy at the show with me that by the time they got to the Jello part, he had to restrain himself from standing up and yelling out that he loved me. He said it later for the first time after the show. 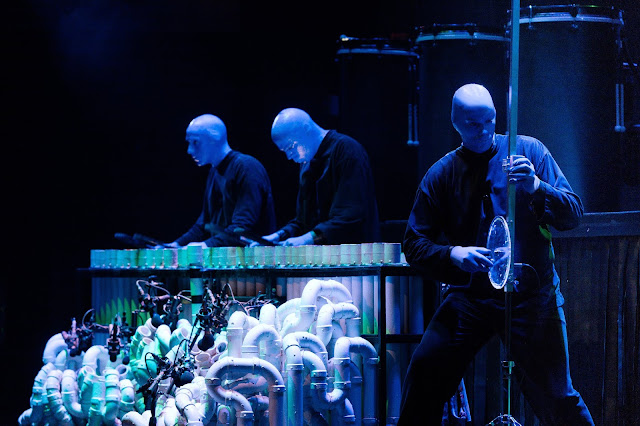 Blue Man Group's great for all ages, though bring earplugs for anyone little. In the past we've given tickets as gifts to relatives from two sets of grandparents down to kids and they've all enjoyed it. Sometimes it's easy to take long running shows for granted, but Blue Man Group is unforgettable. There's a reason they're still in a wildly popular open run in Chicago and have expanded to be a global phenomenon. If you've never been, check it out. If you've gone before, take someone new, and experience it again. This show's a great way to beat the winter blues.

Sage Kenaz-Mara is a Chicago based high school Junior, writer-actor-choreographer-artist and frequent audience member at theatre productions all over town. She is writing a regular "Teen Take" series now for ChiIL Mama, featuring a closer look at Chicago theatre, circus, museums, attractions and events with a teen perspective. 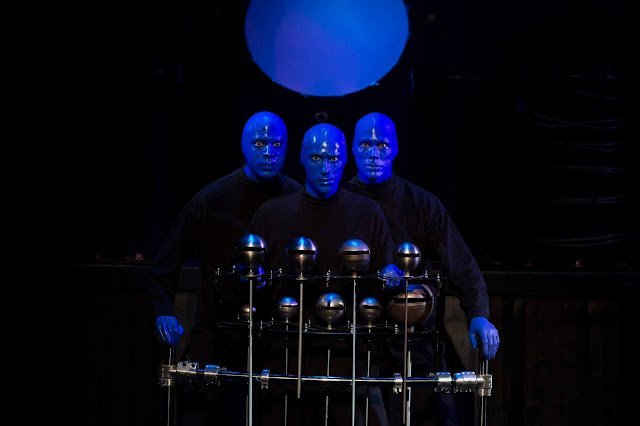 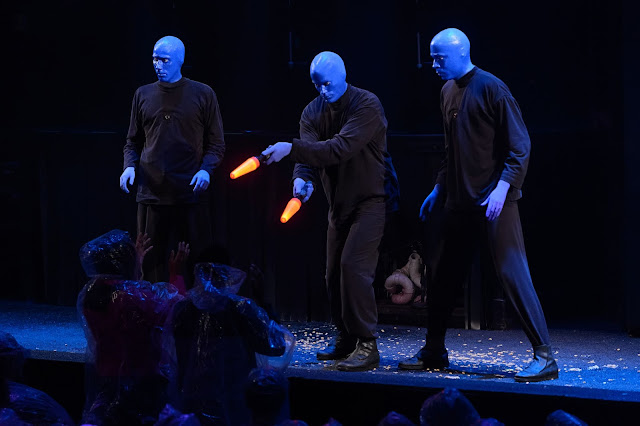 VIP Experience ticket packages are also available starting at $150 per person and include a three-course dinner at Drew’s on Halsted, premium seat and one pre-show beverage at the Briar Street Theatre, souvenir lanyard and a post-show meet-and-greet with a Blue Man. 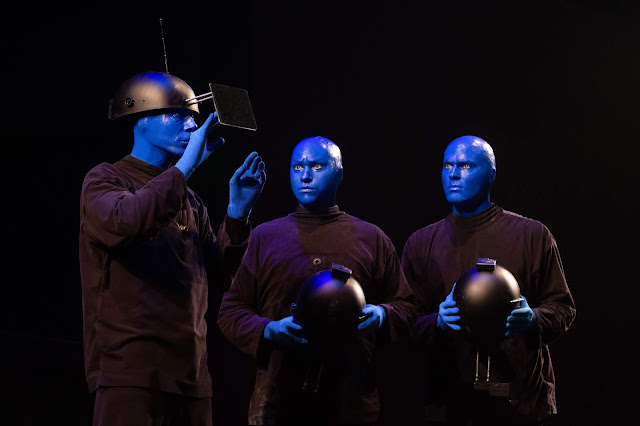 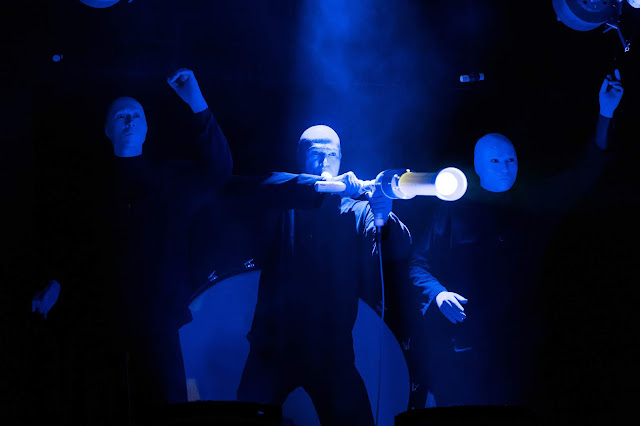 Beyond the stage show, they are Grammy-nominated recording artists, known for their contributions to various film and TV scores and multiple Blue Man Group albums, including their most recent, THREE. Their “Megastar World Tour” rock concert parody played arenas across the globe. The group’s recently published first-ever book, Blue Man World, is a visually stunning anthropological exploration of the curious bald and blue character. 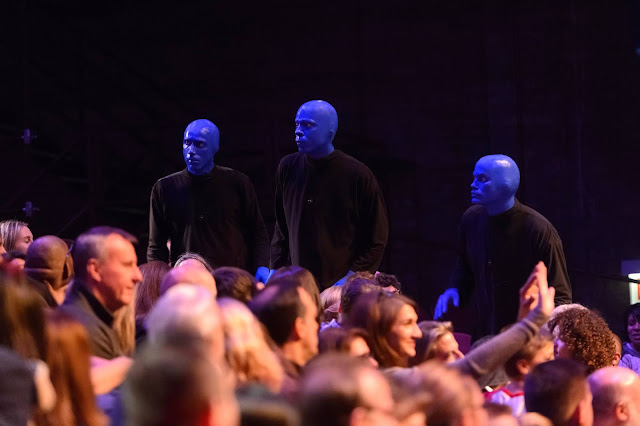