BOM's THAT’S WEIRD, GRANDMA has been a fav of ours here at ChiIL Mama & ChiIL Live Shows for decades. Check it out! They incorporate the best of kids' unabashed creativity in writing scenes and give them a pro twist, with staging by adult actors. The combination is a high energy concoction of crazy fun and often snort out loud funny. They run some Sundays at 3pm and Mondays at 8pm, when most theatres are dark, so other actors can enjoy a lighthearted night out. Yet the show is short and early enough that older kids and teens should have no problem catching the show and still making it home in time for a school night curfew. Best of all, Barrel of Monkeys is excited to be an inaugural Teen Arts Pass (TAP) partner.

TAP is a new initiative by Urban Gateways that gives young people ages 13-19 access to $5 tickets to see professional dance, music, and theater performances in and around Chicago. Learn more about the program and sign up here: http://teenartspass.urbangateways.org/ 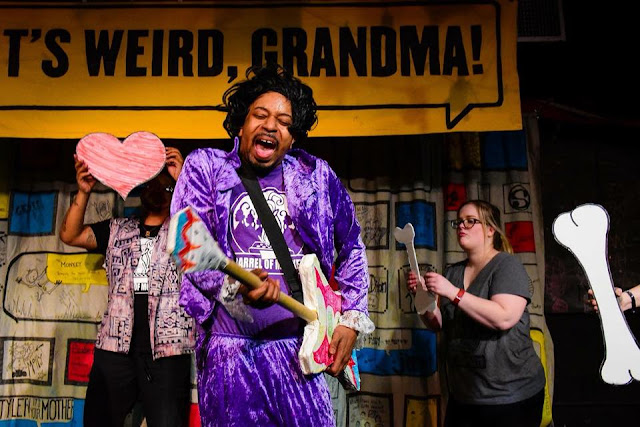 The stories resonate with adults while celebrating the imaginations of young people. Rotating themes highlight the diversity of stories BOM students concoct, from hilarious dialogues between unlikely characters to poignant pleas for social change. Every week brings a new line-up of stories, and BOM invites audiences to vote on their favorites at each performance. 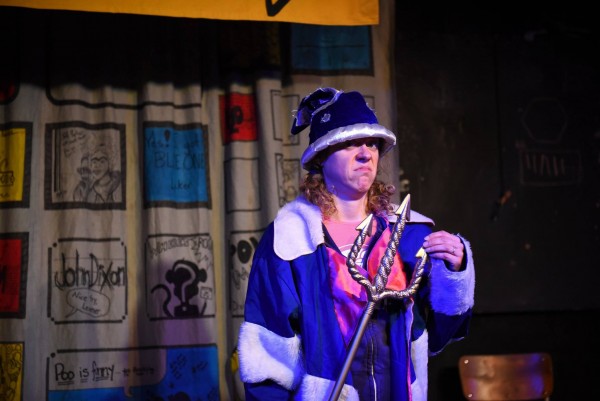 Comments Barrel of Monkeys’ Executive Director Corinne Neal, “We’re thrilled to be incorporating more weekend and evening performances this season, to better serve the adult sketch-comedy crowd in addition to our loyal audience of local families and adventurous theatre-goers. This show is truly for anyone with an inner child.” 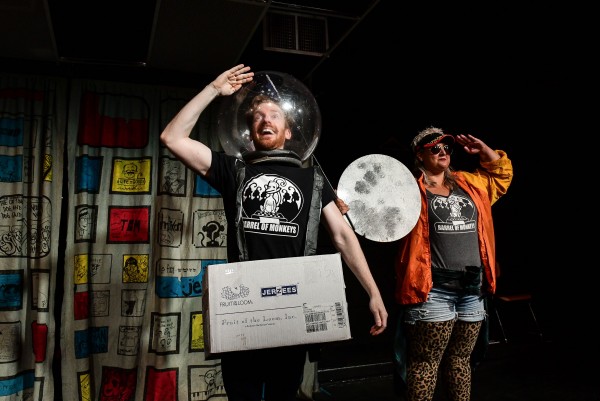 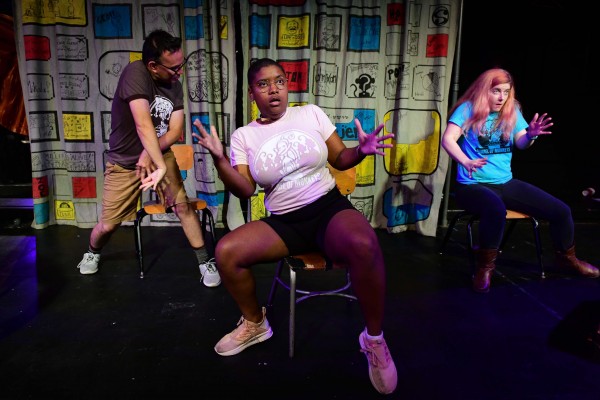 Just in time for Halloween, gather ye ‘round for a line-up of scary (and silly) stories featuring creepy twins that appear in photos, talking potatoes getting lost in the woods, Malcolm X fighting zombies and other spooky scenarios imagined by Chicago elementary school students.

Back by popular demand, BOM’s all-musical line-up returns with a mix of new and classic song-and-dance numbers performed to live accompaniment by the talented musicians of Barrel of Monkeys. Now performing in prime-time for the first time ever!

Meet the strange and wonderful creatures created by Barrel of Monkeys students, from talking animals to intergalactic lifeforms. BOM performers bring these beings to life through song, dance, and ridiculous costumes. 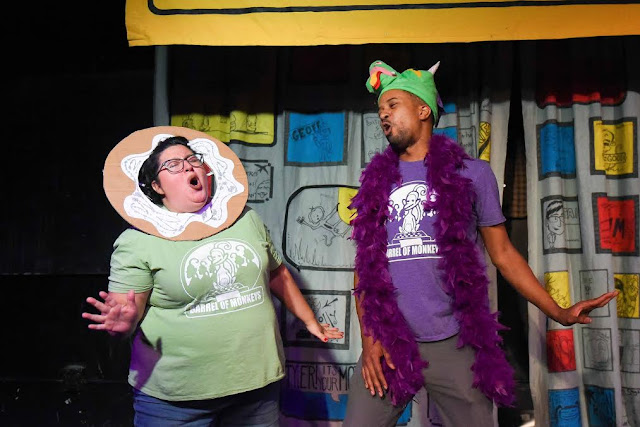 About the Artistic Director
Brandon Cloyd joined Barrel of Monkeys in 2007 and has been deeply involved in many facets of the company ever since. Prior to joining BOM, Brandon graduated from Northwestern University with a Bachelor of Arts in Theatre and a minor in Business Institutions. Within BOM, Brandon has served as an actor, teaching artist, lead teacher, a member of Teacher Corps, as well as directing shows for schools and public performances of That's Weird, Grandma. Before becoming the company’s Artistic Director in September 2017, Brandon served as BOM After-School Program Coordinator at Loyola Park from 2014-2016 and Program Director from 2016-2017. Outside of Barrel of Monkeys, he worked as the Associate Director of Camp Echo, where he has spent 13 summers managing campers and staff at a co-ed sleep away camp in Upstate New York. Brandon has worked with other theatre companies including Urban Theatre Company, American Theater Company, Filament Theatre, InGen Productions, ACLE's Teatrino in Italy and Purple Crayon Players at Northwestern University.

Barrel of Monkeys is sponsored in part by Wintrust Financial, Allscripts, Inc., Ernst and Young and Punchkick Interactive. It receives generous support from the Illinois Arts Council Agency; the National Endowment for the Arts; a CityArts Grant from the City of Chicago Department of Cultural Affairs and Special Events; the Chicago Community Trust; Crown Family Philanthropies; Alphawood Foundation of Chicago; the Maurice R. and Meta G. Gross Foundation; Polk Bros Foundation; the Richard H. Driehaus Foundation; the Robert and Isabelle Bass Foundation, Inc.; The Saints; The Topfer Family Foundation, and many other generous individuals and foundations.
Posted by Bonnie Kenaz-Mara at 7:39 PM