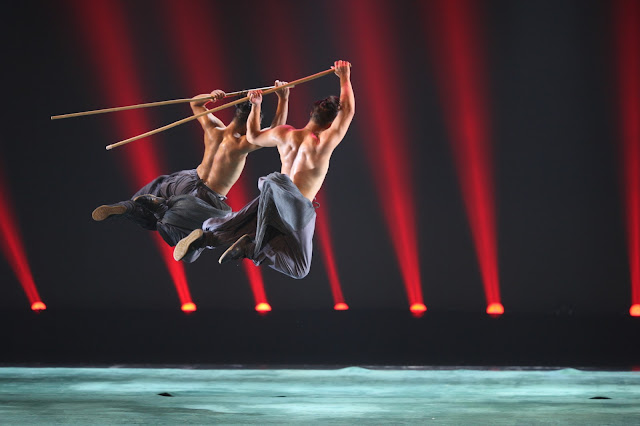 The Chinese Fine Arts Society, Chicago’s champion for Chinese art and culture and longtime leader of Chinese New Year festivities here, proudly announces its annual lineup of Chinese New Year events celebrating 2016 as the Year of the Monkey, with its centerpiece to be the Midwest debut of film star and kung fu master Jackie Chan’s Long Yun Kung Fu Troupe at the University of Chicago’s Reva and David Logan Center for the Arts, 915 E. 60th Street, in two performances only, Tuesday and Saturday evenings, February 9 and 13, at 7:30pm.

“We are honored to partner with so many of Chicago’s top cultural institutions in celebration of the Chinese New Year,” said Chinese Fine Arts Society President Julie Tiao Ma. “It is thrilling to see how the City of Chicago has embraced the joyous tradition of China’s most important holiday and we are delighted to see that we are making tremendous progress toward Mayor Rahm Emanuel’s 2014 challenge to make Chicago the top destination in America for Chinese New Year celebrations.”

Direct from Beijing, this engagement marks Jackie Chan’s Long Yun Kung Fu Troupe’s second only appearance in the U.S. since its founding in 2006 and the troupe’s first time in the Midwest. Long Yun will present the U.S. Premiere of its new work 11 Warriors, a performance in five chapters combining kung fu, ballet, modern dance and drama to interpret the origin, spirit, artists, tenderness and essence of kung fu.  Long Yun is made up of 11 nationally recognized Chinese Kung fu artists working under troupe president, Hu Wei. Under Jackie Chan’s direction, the members of Long Yun studied extensively in all areas of performance – piano, voice, literature, as well as all forms of Chinese kung fu including Tai Chi, Bagua, Long Fist, Wing Chun, and many others. Long Yun focuses on traditional elements of kung fu with folding fans, flag performances, sword performances, and an element of chivalry in addition to modern elements of dance, drama, and technology to create a completely new art form. The troupe remains committed to its mission to share the five thousand years of China’s culture and essence to audiences from China and abroad.

"I am delighted that the Chinese Fine Arts Society has arranged for the Long Yun Kung Fu Troupe to bring my vision of contemporary kung fu to the great city of Chicago and I am proud that Long Yun was chosen to be the first group to travel to Chicago under the cultural exchange agreement that was signed by the Ministry of Culture and Choose Chicago earlier this year,” said Jackie Chan. “I am excited that a broad audience will have the chance to see the strength, agility and artistic depth of our new show 11 Warriors. I hope the relationship forged between the Chinese Fine Arts Society, the City of Chicago and the Long Yun Troupe is the beginning of a long and fruitful partnership, and that we will have many opportunities for future collaboration.”

In May 2015, Choose Chicago, the city’s official sales and marketing agency, and the China International Cultural Association, under the guidance of the Ministry of Culture of the People’s Republic of China signed a Memorandum of Understanding (MOU) for cultural cooperation. The MOU signifies a commitment to further develop cultural ties in an effort to strengthen both Chicago and China as prominent global cultural tourism destinations. Long Yun is the first artistic group to be brought over by the Chinese Ministry of Culture and Choose Chicago under the bilateral Cultural exchange agreement.

“We are delighted to welcome Long Yun to Chicago for Chinese New Year. I’m certain audiences will be amazed by the artistic talent and strength shown by these performers,” said Melissa Cherry, Senior Vice President of Marketing and Cultural Tourism at Choose Chicago. “It is unique cultural programming like the Long Yun Kung Fu Troupe performances that further strengthens Chicago’s relationship with China and our commitment to offering visitors educating and enriching experiences.”

The Chinese New Year Kickoff Ceremony, Feb. 8, and Lantern Festival, Feb. 21, are free and open to the public. No ticket is required for entry.

About The Chinese Fine Arts Society
The Chinese Fine Arts Society is a Chicago-based non-profit that is dedicated to promoting the appreciation of Chinese culture, enhancing cultural exchange, and pursuing excellence in Chinese music, dance, and visual arts. Since its founding in 1984, CFAS has been a leading champion of Chinese culture, bringing together people from diverse backgrounds to celebrate the beauty and majesty of both traditional and contemporary Chinese art.

The Chinese Fine Arts Society’s 2016 Chinese New Year season is made possible by generous grants from the Joyce Foundation and the Chicago Department of Cultural Affairs and Special Events.

For more information about the Chinese Fine Arts Society and its events, please visit www.chinesefinearts.org.

Posted by Bonnie Kenaz-Mara at 8:54 PM