THE AUDITORIUM THEATRE KICKS OFF THEIR 125TH ANNIVERSARY SEASON WITH THE RETURN OF AMERICAN BALLET THEATRE, OCTOBER 3 - 5

ChiIL Mama will be there... will you? This is sure to be a great show with multigenerational appeal. Don't miss some of THE top ballet dancers in the nation! What a fabulous way to kick off the 125th Anniversary season for Auditorium Theatre. Tickets start at just $34. 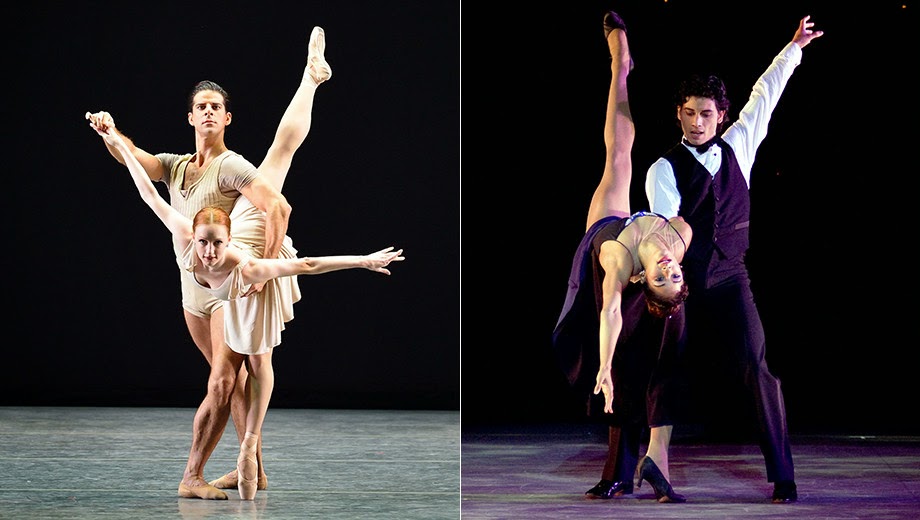 Celebrating their milestone 125th Anniversary, Auditorium Theatre of Roosevelt University kicks off the 2014 – 15 season with the return of American Ballet Theatre (ABT) October 3 – 5, 2014. Led by Artistic Director Kevin McKenzie, the acclaimed company brings an “All-American Celebration” including “Bach Partita” and “Sinatra Suite” by Twyla Tharp, “Some Assembly Required” by Clark Tippet and “Fancy Free” by Jerome Robbins. Last seen at the Auditorium in 2012 with their highly acclaimed production of “Giselle,” the “Chicago Tribune” raved, “…any engagement by ABT is a welcome chance to see some of the finest practitioners of ballet working in the U.S.” Tickets ($34 – $129) are on sale now and available online at AuditoriumTheatre.org, by calling (800) 982-ARTS (2787) or at the Auditorium Theatre Box Office (50 E Congress Pkwy).


In anticipation of American Ballet Theatre’s return to the Auditorium Theatre Oct 3 – 5 with “All-American Celebration,” our “Fancy Free” sailors have just landed in Chicago excited to hit the town and explore all the city has to offer! Join them as they sing and dance their way around Navy Pier, The Bean, Buckingham Fountain, Garrett Popcorn Shops, the Chicago River, and of course, the Auditorium Theatre of Roosevelt University! #ABTChicago

“There is no better way to kick off our 125th Anniversary Season than with the highly anticipated return of American Ballet Theatre to the Auditorium’s landmark stage,” said Auditorium Theatre Executive Director Brett Batterson. “ABT truly embodies the world-class dance that we strive to present and this program of heralded American choreographers—Twyla Tharp, Clark Tippet and Jerome Robbins—will have audiences in awe of the incredible company that we are privileged to bring to Chicago.” 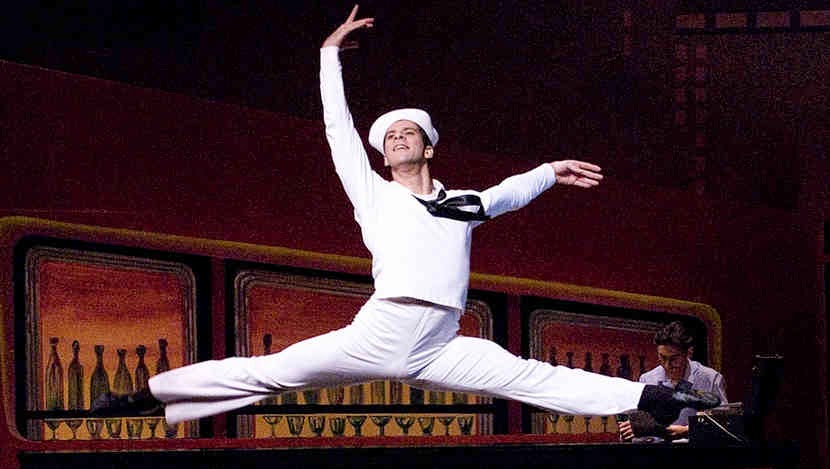 “It is always a joy for us to perform at the Auditorium Theatre and we are truly honored to be kicking off this incredible venue’s 125th Anniversary Season just as we are celebrating our 75th Anniversary,” said American Ballet Theatre Artistic Director Kevin McKenzie. “We think that our ‘All-American Celebration,’ is the perfect way to commemorate the extraordinary history that this historic landmark has embodied over the past 125 years and speaks to the true American spirit of dance and entertainment.”

Choreographed by Twyla Tharp and staged by Susan Jones, “Bach Partita” received its World Premiere by American Ballet Theatre at the Kennedy Center for the Performing Arts on December 9, 1983. Set to “Bach’s Partita No. 2 in d minor for solo violin,”—performed live at the Auditorium by violinist Charles Yang—“Bach Partita” was called “a treasure of dance innovation” by “The New York Times.”

“Fancy Free,” Jerome Robbins' first ballet, shows what happens to three sailors on a hot summer night in New York during World War II, the two girls they meet and the ensuing competition, and tough good humor of wartime comradeship. Set to the music of Leonard Bernstein performed live by the Chicago Philharmonic, “Fancy Free” was heralded by “The New York Times” as “a tremendous slice of dance theatre. One of the best loved ballets in the repertory, as joyous and perfect as ever.”

Twyla Tharp’s “Sinatra Suite,” set to five Frank Sinatra songs including “Strangers in the Night,” “All the Way,” “That’s Life,” “My Way” and “One For My Baby (And One More for the Road),” is a suite of dances from Tharp’s “Nine Sinatra Songs,” which Tharp created for her own company in 1982. The ballet set for two dancers received its World Premiere by ABT at the Kennedy Center for the Performing Arts, Washington D.C. on December 6, 1983, danced by Elaine Kudo and Mikhail Baryshnikov. During the Auditorium engagement, Misty Copeland and Marcelo Gomes along with Luciana Paris and James Whiteside will dance this stunning pas de deux.

Clark Tippet’s pas de deux, “Some Assembly Required,” received its World Premiere by American Ballet Theatre on April 14, 1989 at the Kennedy Center for the Performing Arts. Staged by Amanda McKerrow and John Gardner “Some Assembly Required” is set to William Bolcom’s “Second Sonata for violin and piano.” “The New York Times” raves “…this unconventional pas de deux is so well performed because [Tippet] has captured something very American and current in an essay about relationships.”

International Dance Series subscriptions, including ABT as well as Dance Theatre of Harlem, Alvin Ailey American Dance Theater, Eifman Ballet and The Royal Ballet are available at a 30% discount at (312) 341.2357 or AuditoriumTheatre.org.

Recognized as one of the premier dance companies in the world, American Ballet Theatre brings the highest quality dance and dancers to audiences across the globe.  Celebrating its role as America’s National Ballet Company® ABT tours nationally and internationally, performing for over 400,000 people annually. Since its founding in 1940, ABT developed a repertoire, under the direction of Lucia Chase and Oliver Smith that honored the past while encouraging the development of the art form through the creation of new works.  Classics from the 19th century like “Swan Lake,” “Giselle” and “The Sleeping Beauty” live side by side with seminal works of the early 20th century such as “Apollo,” “Les Sylphides,” “Jardin aux Lilas” and “Rodeo,” as well as such contemporary masterpieces as “Push Comes to Shove” and “Airs.” In acquiring such an extraordinary repertoire, ABT has commissioned works by the great choreographic geniuses of the 20th century: George Balanchine, Antony Tudor, Jerome Robbins, Agnes de Mille and Twyla Tharp, among others. Today, under the artistic direction of former ABT Principal Dancer Kevin McKenzie, the Company remains steadfast in its vision as “American” and continues to bring the art of dance theater to the great stages of the world.

The Auditorium Theatre of Roosevelt University, located at 50 E Congress Pkwy, is an Illinois, not-for-profit organization committed to presenting the finest in international, cultural, community and educational programming to Chicago, and to the continued restoration and preservation of the National Historic Landmark Auditorium Theatre. In August of 2014, the Auditorium Theatre was named as an inaugural Fifth Star Award Honoree by Mayor Rahm Emanuel and the Chicago Department of Cultural Affairs and Special Events.  The Auditorium Theatre is generously supported by the MacArthur Foundation, the Illinois Arts Council, the Sage Foundation, and the Palmer House Hilton. For more information about programming, volunteer and donor opportunities or theatre tours, call (312) 341-2310 or visit AuditoriumTheatre.org.
Posted by Bonnie Kenaz-Mara at 1:51 PM