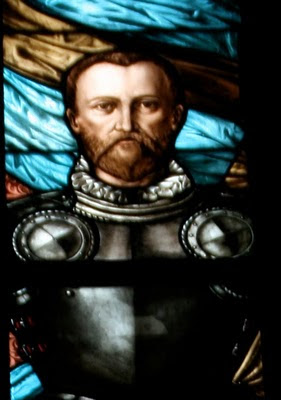 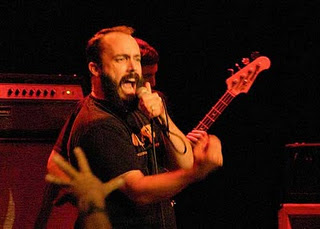 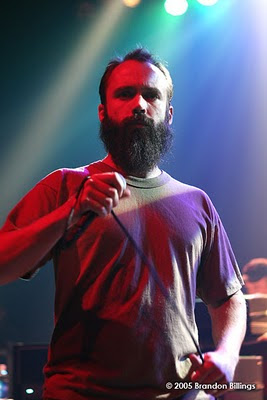 I was so stoked to see one of our favorite bands is visiting one of our favorite countries this week!    We were in Sweden for summer solstice in 2010 and happened upon a stained glass window that had a VERY strong resemblance to Clutch's front man, Neil Fallon.   Check out our posts and photos about it HERE and see what you think.   Maybe it's just his signature beard...but there's an uncanny resemblance.


I think a little road trip is in order.   The world needs a shot of Neil actually in front of the stained glass window in the university town of Uppsala!

Prolific hard rockers CLUTCH will continue their tour with a string of headlining shows through Scandanavia. Kamchatka will be providing support on these dates. CLUTCH have just confirmed an in store performance and signing for November 27th at Bengans in Goteberg, Sweden. The band will perform a special acoustic set.

The double vinyl package will also be available at North American retail outlets prior to the holidays. On December 13th, Weathermaker Music will release to CLUTCH friendly retailers, a limited amount of Blast Tyrant vinyl which will include an exclusive 7" picture disc, of which only the CLUTCH band members know the content! Look for a special announcement when the band returns from their European tour.

In addition to their already scheduled holiday shows, CLUTCH have added two shows in Austin, Texas on December 17th and December 18th. The show on the 17th will be at the brand new Emo's East and the show the following night will be a very intimate show with Clutch playing at the Emo's Inside Room. Tickets for both shows are on sale now. There will also be a limited number of VIP tickets for both shows.

For more info be sure to visit:
http://www.pro-rock.com
http://weathermakermusic.com/
Posted by Bonnie Kenaz-Mara at 6:07 PM