Mugging It Up With Mickey Mouse for #VisitFlorida #Disney #DisneySMMoms 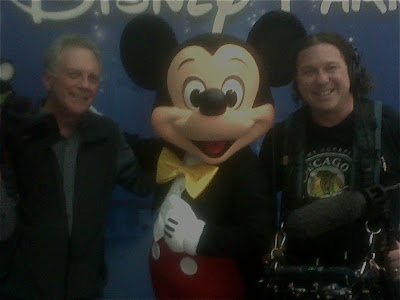 Closer to home, ChiIL Dad (Dug) and The Cameraman mingle with "The" Mouse and The Governor of Florida at Midway airport in Chicago.   Dug Production Sound, Inc. provided the location sound engineering for the shoot.
Spring break is comin' and we're going to
Disney World!
Our world traveler kids are 7 & 10 and have never been to Disney or Universal Studios or even Florida, for that matter.   We'll be making a family trip in April, to do a whole series of features on Eco-Orlando for Chicago Parent-ChiIL Out, ChiIL Mama, ChiIL Travel Kids, Green Parent Chicago, and more.
Right now, many of our fellow social media mamas are in Orlando, at Disney's Social Media Moms Summit.   Next year we'd love to be included. For now, we'll have to be content with reading all about it, in preparation for our own adventures next month.
A few weeks ago, Dug met Governor Rick Scott and Mickey Mouse at Midway Airport in Chicago, far from The Magic Kingdom.   Dug's the one pictured above with the fuzzy mic on a stick.

Here's the scoop on the tour, according to Christopher L. Thompson, President & CEO of Visit Florida:
Governor Rick Scott and the “Sunshine Ambassadors” from VISIT FLORIDA returned from last week’s highly visible “Share a Little Sunshine” tour with a renewed commitment to the importance of tourism in Florida.  Governor Scott and the rest of the team spent two days in Washington, D.C., Philadelphia, New York City and Chicago hosting Florida-themed events, speaking with potential visitors and meetings professionals, and awarding Florida vacation packages to lucky winners.
“Share a Little Sunshine is not just a two-day marketing blitz,” said Will Seccombe, Chief Marketing Officer at VISIT FLORIDA. “This tour was an amazing example of Governor Scott’s commitment to the Florida tourism industry.  It is now our job to take the Governor’s lead and run with it.”
Share a Little Sunshine Chicago Tour Details:
The fourth stop on the tour was Chicago, which included a meeting professionals’ roundtable at the Chicago Cultural Center, a stop at Sunda New Asian Restaurant where the Governor delivered fresh Apalachicola oysters to encourage business with the Florida seafood industry and spoke with personalities from the Food Network and other local media, followed by a rally at Midway Airport where more than 100 winners of Florida vacation packages to Walt Disney World were greeted by Mickey Mouse before leaving on Southwest Airlines’ “Florida One” plane bound for Orlando.


Dug's also going down the last week of March, for an unrelated TV shoot in Florida, for CNBC.   But our family vacation week in the sun will come soon.   Can't wait! 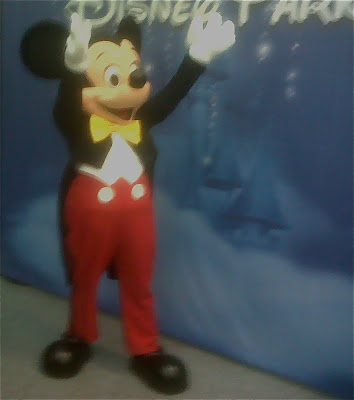 Posted by Bonnie Kenaz-Mara at 4:00 PM