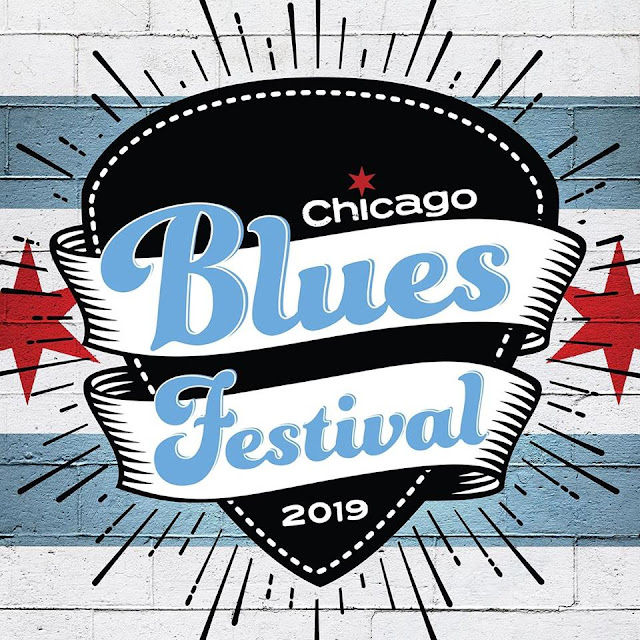 Admission to the Chicago Blues Festival is free. For complete details, visit ChicagoBluesFestival.us.

As the birthplace of house, gospel music, urban blues and other beloved genres, Chicago invites music lovers from around the world to celebrate its music legacy at three consecutive weekend festivals – the Chicago House Conference and Music Festival (May 23–May 25), the Chicago Gospel Music Festival (May 31 and June 1) and the Chicago Blues Festival (June 7–9) – on stage in Millennium Park, at the Chicago Cultural Center as well as in music venues and clubs throughout the city.

Headliners on the Jay Pritzker Pavilion stage will perform from 5 to 9 p.m. each evening. Music and entertainment throughout the park will begin at 11 a.m. each day. 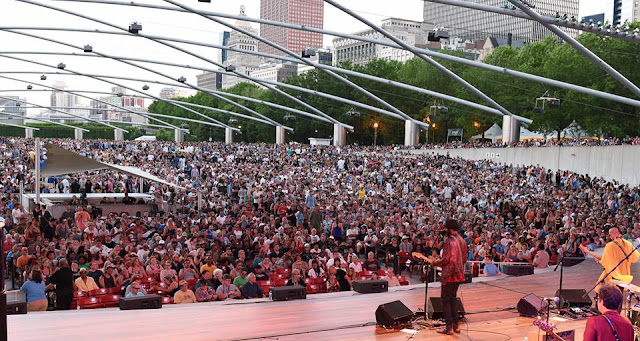 Friday, June 7 – Jay Pritzker Pavilion
Blues Hall of Fame member, Bobby Rush will headline the festival on opening day. The GRAMMY® Award-winning artist was named by Rolling Stone "The King of the Chitlin' Circuit" for his vigorous touring schedule and energetic show. Before Bobby Rush takes the stage, the Jimmy Johnson Blues Band will mark the 90th birthday of Mr. Johnson, one of the genre’s legendary artists and member of the Blues Hall of Fame. The evening will lead off with Charlie Musselwhite joined by special guest Billy Boy Arnold. The famed Memphis harmonica player has won numerous awards and become an icon. Shortly before winning the GRAMMY® Award for Best Blues Album for their collaboration Get Up!, he and Ben Harper played at the White House for President Obama and the First Lady in a salute to Memphis soul.

Saturday, June 8–Jay Pritzker Pavilion
The award-winning and legendary soul artist Bettye LaVette will headline the Jay Pritzker Pavilion stage. One of the very few of her contemporaries who were recording during the birth of soul music in the 60s, LaVette is still creating vital recordings today. Opening the evening’s showcase are Don Bryant and Latimore. Don Bryant started his career as a gospel music artist at an early age and found soul at Hi Records in Memphis, Tennessee. Most recently, he was invited to perform with the Memphis-based soul homage outfit The Bo-Keys. R&B singer, songwriter, keyboardist and Blues Hall of Famer, Latimore will kick off the night. His electric keyboard comes complete with “string-bending” guitar sound effects.

Sunday, June 9–Jay Pritzker Pavilion
Ruthie Foster will headline the closing night of the festival. The award-winning artist’s latest album Joy Comes Back, described as “some folk, some blues, some soul, some rock, some gospel,” illustrates Ruthie’s genre-spanning talent. Also on the bill, a special tribute set for the late Mike Ledbetter by The CONNECTION with Mike Welch & Friends. Mike Ledbetter had been invited to perform at this year’s festival with the Welch–Ledbetter Connection before his untimely death in January. Larkin Poe, the American roots sister duo poised to make their mark with the 2018 release of Venom & Faith, will open the stage on the final evening.

Additional Stages
In addition to the main Jay Pritzker Pavilion, local and national blues musicians celebrating the genre’s rich tradition and heritage will perform throughout the day and evening at:

The Visit Mississippi Juke Joint showcases the sounds of the Delta blues on the North Chase Promenade, daily 11:15 a.m. to 5:30 p.m. On Friday, June 7, the stage will open with the Jimmy Burns Band at 11:15 a.m. and close with Kenny “Beedy Eyes” Smith, the hardest working bluesman in Chicago, at 4:15 p.m. On Saturday, June 8, fans will get a chance to experience Blues Hall of Famer John Primer & The Real Deal Blues Band performing at 1:45 p.m., followed by the festival debut of Mississippi blues singer O.B. Buchana at 3 p.m. On Sunday, June 9, Mississippi blues legend RL Boyce will bring his hill country blues to the stage at 12:30 p.m. Jackson, Mississippi for his festival debut and bluesman Zac Harmon will make a return performance 3 p.m.

The Front Porch Stage highlights homegrown, Chicago-based blues artists,  with a few surprises, in Wrigley Square, 11 a.m.–9 p.m. on Friday, June 7, and Saturday, June 8, and 11 a.m.–7:30 p.m. on Sunday, June 9. On Friday, June 7, the stage will kick off at 11 a.m. with Blues in the Schools with Katherine Davis, Tim Gant, Tino Cortes, Alan Burroughs and Stone Academy. At 3:30, son of Muddy Waters, (Joseph) Mojo Morganfield & The Mannish Boyz will perform, followed by Mzz Reese at 5 p.m. On Saturday, June 8 there will be a special tribute to Chicago blues piano master Otis Spann at 2 p.m. Dom Flemons, known as the American Songster and co-founder of the GRAMMY® Award-winning Carolina Chocolate Drops, will perform at 3:30 p.m. Bridges to the Blues with Art of Culture, Inc., will feature young, emerging musicians at 5 p.m. On Sunday, June 8, festival goers will get a double treat with master blues pianist Erwin Helfer at 12:30 p.m. and Ivy Ford, an International Blues Challenge 2019 finalist, at 5 p.m.

The Park Grill Stage features an array of acoustic and electric soloists, duos and trios in an intimate setting on The Park Grill Plaza, daily from 2 to 4:45 p.m. Performers include renowned blues artists like Eric Noden, Don Flemons, Harmonica Hinds, among others.

Bridges To The Blues 2019
Bridges to the Blues is a multi-generational program that challenges young Chicago musicians from multiple genres and diverse backgrounds to re-imagine the blues. Participants are invited to collaborate on original music and audition on Monday, June 3, 6–8 p.m., at the Chicago Cultural Center’s Claudia Cassidy Theater, for an opportunity to perform at the Chicago Blues Festival on Saturday, June 8. Program participants will learn Blues fundamentals, via Kenny “Beedy Eyes” Smith, one of todays’ best blues drummers as well as songwriting and performance best practices from Oscar and multi-GRAMMY® Award-winning artist Che “Rhymefest” Smith. This program is supported by the Chicago Department of Cultural Affairs & Special Events (DCASE) and facilitated by Art of Culture  nc.

Before heading to the festival on Sunday, June 9, blues fans are encouraged to stop by Chicago’s historic Maxwell Street Market located at 800 S. Desplaines for live blues from Dave Herrero, noon–2 p.m. The market, open from 9 a.m. to 3 p.m. every Sunday, offers unique finds and souvenirs along with the best Latin street food in Chicago. For complete market details, visit MaxwellStreetMarket.us. 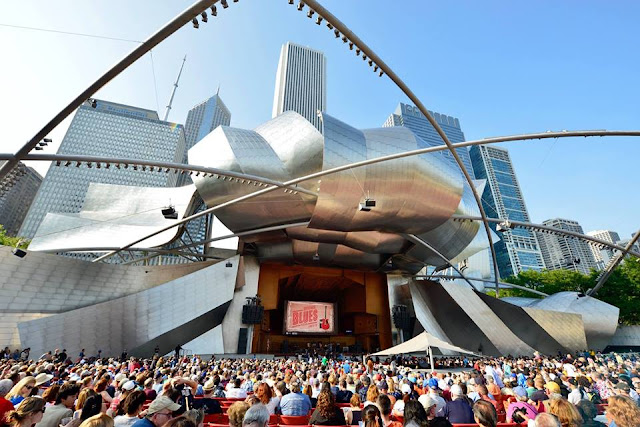 Visitors will have additional food and beverage options at various price points available for purchase inside the venue at the events where outside alcohol is restricted. Subject to bag search at the security perimeter, guests will continue to be allowed to bring their own food and non-alcoholic beverages to all events in Millennium Park.

Posted by Bonnie Kenaz-Mara at 7:04 AM