ChiIL Mama will be out to review at the press opening, April 27th, so check back soon for our full review. It's been our pleasure to partner up with Adventure Stage for years. They have provided complimentary tickets for our giveaways and review purposes. As always, all opinions are our own.

Enter below for your chance to WIN 4 Tickets ($58 Value)!
Giveaway runs through midnight April 20th. Valid for winner's choice of any public performance of Fast Food Chain after April 27.

In Fast Food Chain, Adventure Stage Chicago’s artistic associate and playwright Andrew Marikis wrote the piece with help from Chicago students, diving into the magical realism of African folktale while showcasing the power of community and storytelling in combatting social issues. Because the show was written with the help of youth, it is largely targeting to a youthful audience. The show reimagines Igbo folk heroes Hare and Tortoise against the backdrop of Chicago in 2019. Rudy is a teenage boy who dreams of becoming a famous chef. The problem is, his schemes usually involve getting him and his younger sister Akari into trouble. Their family struggles with the pressure of food insecurity in Chicago until one day, Rudy and Akari discover a garden in the unlikeliest of places.

Adventure Stage Chicago (ASC), a program of the Northwestern Settlement, presents the world premiere of ASC Artistic Associate Andrew Marikis’Fast Food Chain from April 26 to May 18, 2019 at the Vittum Theater, 1012 N. Noble Street. This production continues ASC’s 15th season, which explores the many challenges of hunger, both literal and metaphorical. Fast Food Chain is directed by Black Ensemble Theater’s Daryl Brooks, who helmed ASC’s Akeelah and the Bee last season.

Fast Food Chain reimagines Igbo folk heroes Hare and Tortoise against the backdrop of Chicago in 2019. The story follows a brother and sister as they wrestle with the pressures of food insecurity in Chicago. Rudy is a teenage boy who dreams of becoming a famous chef. The problem is, his schemes usually involve getting him and his younger sister, Akari, into big trouble. Their family struggles with the pressure of food insecurity in Chicago until one day Rudy and Akari discover a garden in the unlikeliest of places. Fast Food Chain is written with help from Chicago students, diving into the magical realism of African folktale while showcasing the power of community and storytelling in combatting social issues.

Tickets for the world premiere of Fast Food Chain at Adventure Stage Chicago are on sale now for $12 to $17. To purchase tickets or for more information, visit adventurestage.org or call 773-342-4141.

Fast Food Chain is the second world premiere play at ASC to benefit from a new play development process formalized by ASC Playwright-in-Residence Carlos Murillo. Marikis worked with school, youth and community groups at Northwestern Settlement over 18 months, using their input and participation to integrate community stories into the world of the play. The resulting story about heroic youth amplifies the mission of the Settlement, educating and inspiring its community to help disrupt generational poverty in Chicago.

Davon Roberts (Rudy) makes his Adventure Stage Chicago debut in Fast Food Chain. He is an actor, writer, director and comedian born and raised in Chicago IL. Davon's first performance was in a school production of The Wiz. As time progressed, he discovered a love for acting on film. Davon has been on shows such as Chicago Fire and Shameless, two indie films and several student films.

La Shone T. Kelly (Akari) returns to Adventure Stage Chicago after last appearing in Akeelah and the Bee and in Reprise, which got the opportunity to participate in Scotland National Theater’s “Home Away” showcase. She is new to the theater scene but comes from a musical background; having been in a family band called “The Chicago Kellys,” who have featured on NBC Nightly News, WGN and other local news outlets.

Sonya Cha’Rae (Ursula) makes her Adventure Stage Chicago debut in Fast Food Chain. Having graduated with a B.A in Acting from Western Illinois University in 2014, she went on to perform in a variety of plays and TV shows in Memphis, Tennessee and Chicago. Her latest performance was in the play Passin’ Where the River Bend (Iris). She has also played main roles in Fences (Rose)​​, The Wizard of Oz (The Wicked Witch), She Kills Monsters (Vera), and numerous extra roles in TV shows such as The Chi, Proven Innocent and Red Line.

Yahdina U-Deen (Mbeku) returns to Adventure Stage Chicago after her performance in Akeelah and the Bee. She is a mother, grandmother, professional singer and actor in the Chicagoland area and abroad. Recent performances include Black Ensemble's The Marvin Gaye Story, Nina Simone: The High Priestess Speaks, and At Last: A Tribute to Etta James. She’s also performed at ETA Creative Arts Agency, Victory Gardens and The South Shore Drill Team.

Kelvin Davis (Eddie) returns to Adventure Stage Chicago after his appearance in Akeelah and the Bee. He discovered his love for theatre as an ensemble cast member with Theatre IV, now called Virginia Repertory Theatre, with which he toured for over a decade, performing in shows such as Hugs and Kisses and Buffalo Soldiers. In Chicago, Kelvin has worked with The Black Ensemble Theatre during the Black Playwrights’ Festival. Kelvin has also understudied for The Gospel According to James at Victory Gardens.

Rian Jairell (Mr. Lyons) makes his Adventure Stage Chicago debut in Fast Food Chain. He was last seen as Major Metcalf in Metropolis Performing Arts Center’s production of The Mousetrap. Other Chicago credits include: Gas for Less, Dartmoor Prison (The Goodman Theatre), Cymbeline, Troilus and Cressida, A Flea in her Ear (Chicago Shakespeare Theater),Boeing Boeing (MPAC). His regional credits include: It’s Only A Play (Theatre Workshop of Nantucket), Macbeth, You Never Can Tell (Montana Shakespeare in the Parks), Pericles, The Fair Maid of the West, Line of Descent (Riverside Theatre), The Taming of the Shrew, The Rainmaker (Idaho Repertory Theatre). His film and television credits include: The Sighting, Using, Dimension, Chicago Fire and The Laramie Project.

Andrew Marikis (playwright) is a theater devisor, storyteller, actor, teaching artist and educator. This is his first full-length play at Adventure Stage Chicago. As a devisor, Marikis was lead teaching artist with the Adventure Stage Chicago Trailblazer—a mixed-age devising ensemble—for two years and is a resident artist with Filament Theatre, where he most recently helped develop and remount FORTS, an interactive play installation. As a storyteller, Marikis has told true tales all over Chicago and is the host and producer of Story Club South Side, a monthly live lit show he founded in 2012. As an actor he’s worked with Adventure Stage Chicago, Filament Theatre, Erasing the Distance, Irish Theatre of Chicago, Boho, City Lit, Lifeline and The Artistic Home among others. As a teaching artist, Marikis has taught all over the city and suburbs with Writers Theatre, Northlight Theatre, ASC, Dream Big and Emerald City.

Daryl Brooks (director) returns to Adventure Stage Chicago to tell the story of Fast Food Chain after directing ASC’s Akeelah and the Bee last season. Brooks has been a visible part of the Chicago theatre scene since 1999, having performed and directed all over the city. Recent projects include: Memphis (Porchlight Music Theatre; Jeff Nominated); writing and directing Women of Soul (Black Ensemble Theater; Jeff Recommended); The Black Pearl: The Story of Josephine Baker (Black Ensemble Theater; Jeff Nominated). Other directing credits include Men of Soul and Curtis Mayfield; he received the African American Arts Alliance award for Best Director for both productions. Brooks is the Producing Managing Director of the Black Ensemble Theater. 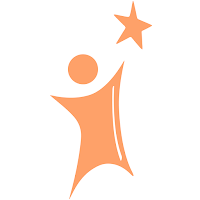 Enter HERE for your chance to WIN 4 Tickets ($58 Value)!
Giveaway runs through midnight April 20th. Valid for winner's choice of any public performance of Fast Food Chain after April 27.

Disclosure: it's been our pleasure to partner up with Adventure Stage for years. They have provided complimentary tickets for our giveaways and review purposes. As always, all opinions are our own. 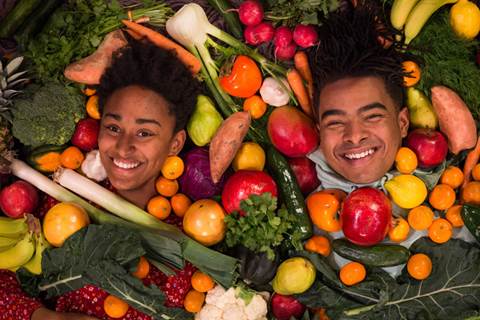