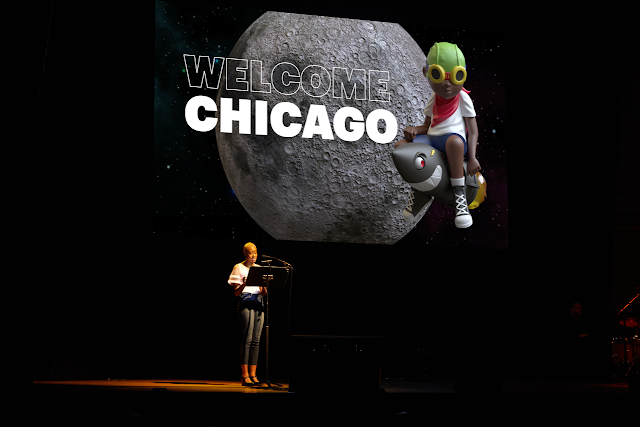 An immersive and innovative tour across America will combine the power of storytelling and theater, inspiring communities to reimagine high schools.


General admission tickets are available for $19 at HarrisTheaterChicago.org or by phone at 312.334.7777. 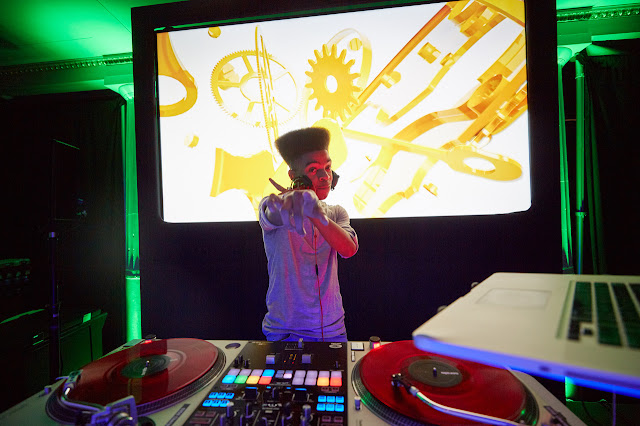 “From Homer to hip-hop, storytelling is one of the most powerful ways to connect people to possibilities” says Russlynn Ali, executive producer, XQ Super School Live and CEO, XQ. “XQ Super School Live will take people on a multi-media journey, using true stories to show how high schools can foster curious, creative and collaborative students. Today all too many don’t. It’s up to us to change that - for every student, no matter their race, gender or zip code. Our students deserve nothing less.”

“Pop-Up Magazine is one of the most vibrant and exciting storytelling platforms of our day,” says Marc Ecko, producer, XQ Super School Live and Chief Creative and Strategy Officer, XQ. “Bringing this blend of live performance journalism and theater to the public is powerful —especially in these times. We’re building a new platform for community engagement and civic empowerment.”

Stories such as Mike Floyd, a Texas teenager who in his senior year of high school decided to run for school board. And won. Or Gary Chery, a student whose hilarious cafeteria reviews amazed his teacher — a future professional comedy writer who celebrated Gary’s creativity — but who struggled in a traditional high school environment.

“XQ Super School Live brings the power of storytelling and theater together to ignite a spirit of social change,” says filmmaker Ava DuVernay. “Stories unlock our imagination and this innovative theatre tour celebrates all those working tirelessly to transform our education system — community leaders, business leaders, parents, teachers, and students.”

From the minute the audience walks into the theater, they will be immersed in XQ Super School Live — greeted with art installations by world-renowned artist and XQ Super School Live Creative Chair Hebru Brantley. Brantley is creating special-edition versions of his iconic, youthful Flyboy and Lil Mama. Brantley’s work challenges the traditional view of the hero with his iconic characters and XQ Super School Live saw parallels with the work needed by everyday heroes to reimagine high schools. This innovative and immersive night continues, from the audience receiving an “Orientation Pack” when they enter to being integrated into the actual show (with phones off!), to a reception after the show that fosters network and community-building to help people connect and take on the work of changing our high schools.

ABOUT XQ
XQ is a growing and passionate network of educators, students, families, and civic-minded citizens reimagining high school education in the United States. Our mission is to fuel America’s collective creativity to transform high school, so every student succeeds, no matter their race, gender, or zip code. We want to see that change underway in every high school and in every community — in all 14,000+ school districts.

XQ launched in September 2015 as an open call to the nation to reimagine the American high school. More than 10,000 people from all 50 states took part. More than 700 teams created unique ideas for innovative, student-centered high schools. From these, 18 Super Schools are now turning their visions into reality.

Super Schools are just one element to XQ’s work. We offer free, open source tools and materials so that every community can rethink their high schools. And because we believe that great high schools for all are a hallmark of a great nation, we are carrying that message into homes, schools, and neighborhoods across the country to tell stories that show how innovative and creative high schools can and should be.

ABOUT POP-UP MAGAZINE PRODUCTIONS
Pop-Up Magazine Productions brings unforgettable multimedia storytelling to major theaters across the nation with the acclaimed live event, Pop-Up Magazine, called “a sensation” by The New York Times and “beautiful” by the Los Angeles Times. Renowned writers, photographers, radio and podcast producers, and filmmakers perform new, true stories onstage, accompanied by a live band and original score. Pop-Up Magazine Productions also publishes The California Sunday Magazine, the national magazine featuring ambitious reported features and photography from across California, the West, Asia, and Latin America. The California Sunday Magazine, founded at the end of 2014, has been named a finalist for 10 National Magazine Awards, including Magazine of the Year and General Excellence, and won three, including the National Magazine Award for Design and the National Magazine Award for Photography two years in a row.