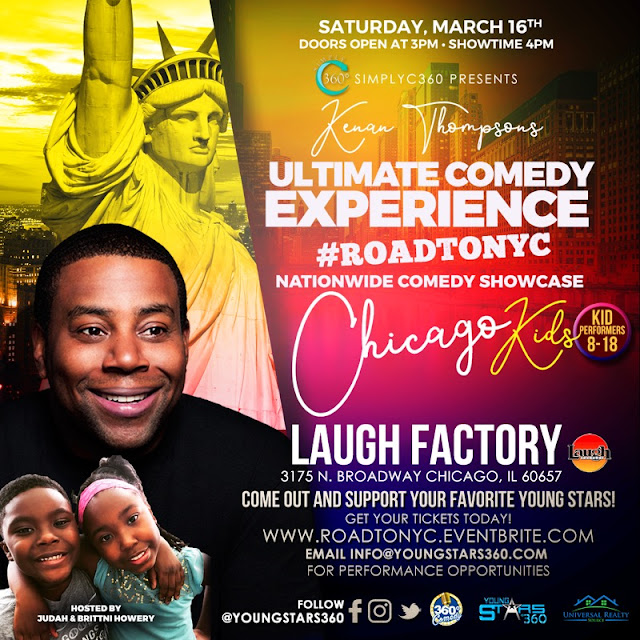 The mission of Kenan Thompson's Ultimate Comedy Experience is to showcase the raw talents of up-and-coming actors and comedians, ages 8-18, to agents, producers, and an audience of their family, friends and peers. Kenan Thompson and his team will provide the Ultimate Comedy Experience to 2 winners. Kid stars Judah and Brittni Howery will host the kids comedy showcase. Young stars will be performing their best material in hopes of taking their careers to the next level!  We have a few more performance spots left, so if you know any funny kids ages 8-18, email info@YoungStars360.com for details. Follow @youngstars360 & @360_comedy for updates. Event is open to the public and families are welcome to attend! 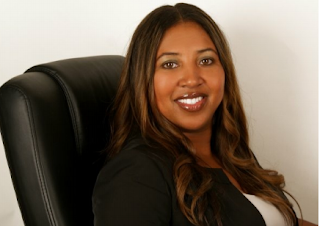 Cherie Chiles-Buchanan is the Founder and Executive Producer of Kenan Thompson’s Road to NYC. Cherie partnered with Kenan in 2011 and they’ve provided a platform for many of today’s favorite comedians & actors. Cherie is also the Founder and CEO of simply c 360 and Young Stars 360, a multimedia entertainment organization established in 2010. Cherie and her team has been producing live talent showcases, involving celebrities, in major cities since 2011. They’ve helped discover many young kid and adult stars in the music and tv/film industry.
Posted by Bonnie Kenaz-Mara at 5:41 PM