OPENING: All Female OTHELLO Via Babes With Blades APRIL 11 – MAY 25 AT THE FACTORY THEATER


BABES WITH BLADES THEATRE COMPANY’S
21ST SEASON CONTINUES WITH
OTHELLO,
APRIL 11 – MAY 25,
AT THE FACTORY THEATER

Biennially, Babes With Blades Creates an Opportunity to See Shakespeare Through a New Lens, This Year, Mignon McPherson Stewart Directs an All-Female Cast in Shakespeare’s Tragedy About Prejudice, Pride and Paranoia

Babes With Blades Theatre Company’s (BWBTC) 21st season continues with its biennial William Shakespeare production. In 2019, the Shakespeare production is Othello running April 11 – May 25, directed by Mignon McPherson Stewart with fight choreography by Samantha Kaufman.  All performances are at The Factory Theater, 1623 W. Howard St. Preview performances are Thursday, April 11  - Saturday April 13 at 8 p.m., Sunday April 14 at 3 p.m.; Thursday April 18 and Friday, April 19 at 8 p.m. Opening Night is Saturday, April 20 at 8 p.m. Regular performances are Thursdays – Saturdays at 8 p.m. and Sundays at 3 p.m. Preview tickets are $10, general admission are $28 with a discounted student and senior price available at  $15. Every show has a limited number of $10 tickets for industry professionals who must present proof of theatre industry affiliation. Additional information and tickets are available now at BabesWithBlades.org or by calling 773-904-0391. 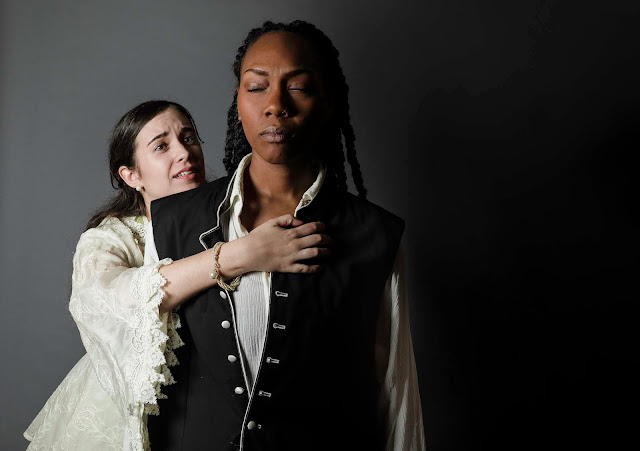 In William Shakespeare’s Othello, Othello is a brilliant general with the support of the Venetian government and an army behind him. When he promotes Cassio over Iago, however, his military might not be able to protect him from madness and jealousy, as Iago schemes to destroy him utterly. As events spiral, prejudice, pride and paranoia all clash in one of Shakespeare's greatest tragedies. 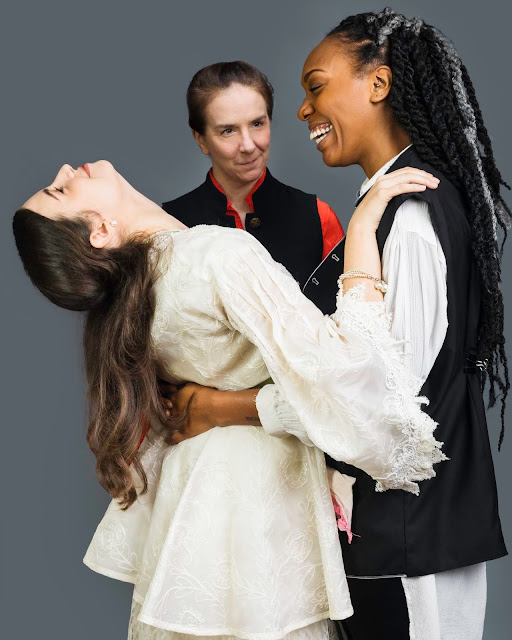 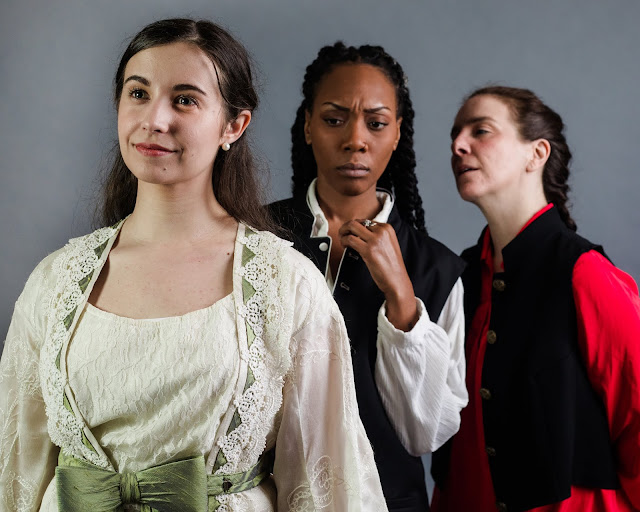 Networking and Othello
Thursday, April 25
6 - 11 p.m.
Ticket: $35
Join Babes With Blades for an evening of networking and a show.  Enjoy wine and cheese before a performance of Othello and stay after the production to meet and mingle with the cast with a special  22nd Season Announcement included with the ticket price.

Teen Living Programs Weekend
May 23 – 25
The Babes will be accepting donations from audiences this final weekend of the run for Teen Living Programs, Inc.  Teen Living Programs is a non-profit organization that has supported and strengthened Chicago’s most vulnerable young people for over 40 years.  Teen Living Programs builds community, hope and opportunity for youth who are homeless.  We address their immediate needs and help them achieve independence and stable housing.  For more information on TLP, please go to https://www.tlpchicago.org/mission-vision-.

ABOUT SAMANTHA KAUFMAN, VIOLENCE DESIGNER
Samantha Kaufman is a fight director, actor, and intimacy director. After being transplanted to Chicago to study circus arts with Actors Gymnasium; she now travels to perform in and fight direct productions across the nation. She has her BFA from the University of Wyoming and her MFA from Florida Atlantic University. She is also an advanced actor/ combatant with the Society of American Fight Directors and an intermediate actor/combatant with Fight Directors Canada. She made her BWBTC acting debut in their all-female Henry V and her BWBTC fight directing debut with The Lady Demands Satisfaction.

Each year BWBTC selects three scripts for development that have the potential to grow into the kinds of plays that fit its mission.  Several of the Fighting Words selections have been seen as full productions with BWBTC, as well as other theatre companies: most recently 180 Degree Rule, Patchwork Drifter, L’Imbecile and Bo Thomas and the Case of the Sky Pirates.

Each 2018-19 script has undergone two reading-and-feedback sessions with the ensemble and invited guests, prior to being introduced to the public (and given the BWBTC treatment of including one staged fight), at the Festival in June 2019. 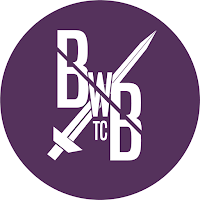 ABOUT BABES WITH BLADES THEATRE COMPANY
Gender parity is a hot topic, with news clip, after article after report documenting how women, and women’s stories, are still underrepresented. Babes With Blades Theatre Company’s response – now, for the past 20 years, and moving forward – is to develop and present scripts focused on complex, dynamic (and often combative) female characters.

Babes With Blades Theatre Company’s (BWBTC) 21st season continues with its biennial William Shakespeare production. In 2019, the Shakespeare production is Othello, April 11 – May 25, 2019, directed by Mignon McPherson Stewart with fight choreography by Samantha Kaufman, at The Factory Theater, 1623 W. Howard St. Preview performances are Thursday, April 11 at 8 p.m.; Friday April 12 at 8 p.m.; Saturday April 13 at 8 p.m., Sunday April 14 at 3 p.m.; Thursday April 18 at 8 p.m. and Friday, April 19 at 8 p.m. Opening Night is Saturday, April 20 at 8 p.m. Regular performances are Thursdays – Saturdays at 8 p.m. and Sundays at 3 p.m. Preview tickets are $10, student and senior tickets are $15 and general admission are $25. Every show has limited tickets for Industry for $10, must present proof of theatre industry affiliation. Additional information and tickets are available now at BabesWithBlades.org or by calling 773.904.0391.

BWBTC’s 2019-20 programming is partially made possible by the kind support of The Gaylord & Dorothy Donnelley Foundation, The Paul M. Angell Family Foundation, The Illinois Arts Council Agency, and a CityArts Grant from the City of Chicago Department of Cultural Affairs & Special Events.

Posted by Bonnie Kenaz-Mara at 5:16 PM