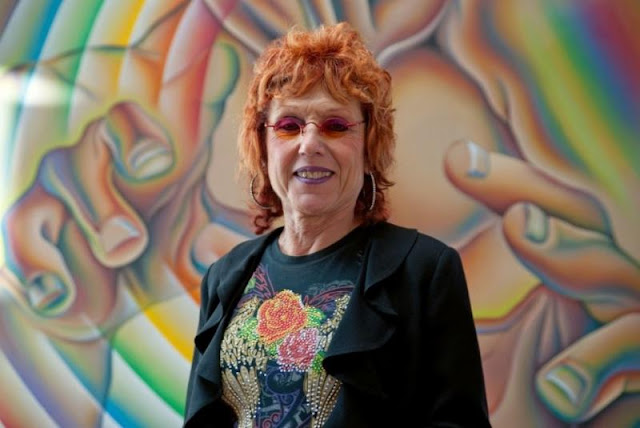 The Women's Board of the Museum of Contemporary Art Chicago has announced renowned feminist artist Judy Chicago is the featured guest for the second annual MCA Women's Board Luncheon, Visionary: Celebrating Judy Chicago. Dedicated to honoring exemplary women artists around the world, the luncheon brings together the city's most influential leaders in support of arts education and public outreach programs that inspire local youth to find their civic voices. Guests enjoy a curated program featuring a conversation between MCA Chief Curator Michael Darling and Judy Chicago, discussing her work as an artist and activist.

Judy Chicago is an artist, feminist, educator, author, and influencer whose career spans five decades. A pioneer of feminist art and education since the 1970s, Chicago is best known for her work The Dinner Party (1974-76), a monumental multimedia project that has been exhibited in six countries and celebrated in countless publications. An author of numerous books, Chicago's work has been translated into numerous foreign editions, bringing her art and philosophy to readers worldwide. Visionary: Celebrating Judy Chicago is organized by event co-chairs Janet Anixter and Nicole Drexler with Women's Board President Ellen B. Wallace, and takes place at the Standard Club on Tuesday, April 30, at noon.

ABOUT JUDY CHICAGO
Judy Chicago founded the Fresno Feminist Art Program at California State University in the early 1970s before turning her attention to the subject of women's history for her celebrated work, The Dinner Party. Having observed an absence of iconography about the subject of birth in Western art, Chicago created Birth Project (1980-85), a series of birth and creation images executed by 150 skilled needle workers around the country. Her inquiry into issues of power and powerlessness led to projects such as PowerPlay, which examined the gender construct of masculinity, in addition to The Holocaust Project: From Darkness Into Light.

Chicago's most recent body of work, The End: A Meditation on Death and Extinction, debuts at the National Museum of Women in the Arts in Washington DC in the fall of 2019 to coincide with the publication of a major monograph by Scala. Chicago's work is included in the collections of the British Museum, Moderna Museet, Metropolitan Museum of Art, National Gallery, Los Angeles County Museum of Art, Museum of Contemporary Art Los Angeles, Hammer Museum, Getty Trust and Getty Research Institute, San Francisco Museum of Modern Art, Tate Modern, Crystal Bridges Museum of American Art, Art Institute of Chicago, and over 25 university art museums such as Brandeis, Cornell, Harvard, Michigan, UCLA, Canterbury (New Zealand), and Cambridge (UK).

ABOUT THE MCA WOMEN'S BOARD
The proceeds of the Visionary: Celebrating Judy Chicago luncheon support the Women's Board Learning Studios and the museum's work with schools, teachers, and teens. The MCA's reputation of being at the forefront of learning is directly linked to the Women's Board, which celebrated its 50th anniversary last year with inaugural Visionary Luncheon honoree Annie Leibovitz. Upon the museum's founding in 1967, a group of impassioned women created the MCA's Women's Board to connect the museum and its community through dynamic educational programming and events for visitors from Chicago and beyond. The Women's Board's significant contribution to name the Learning Studios continues to support the initiatives of the museum's Learning and Public Programs department.