Why I Wanted To Throttle My Tweenage Daughter #ParentingHumor

"But, the zeros aren't important. You can just leave them out." she sniffled between bouts of loud self pity and hostile silence.
"Whaaaaaat?!" I quizzically answered from the driver's seat, calm but honestly confused. We'd already been driving for a half hour... in rush hour traffic... and my daughter was having some kind of emotional breakdown in the back seat while my disgruntled teen sat in the passenger seat with a ginormous pile of homework on his lap. 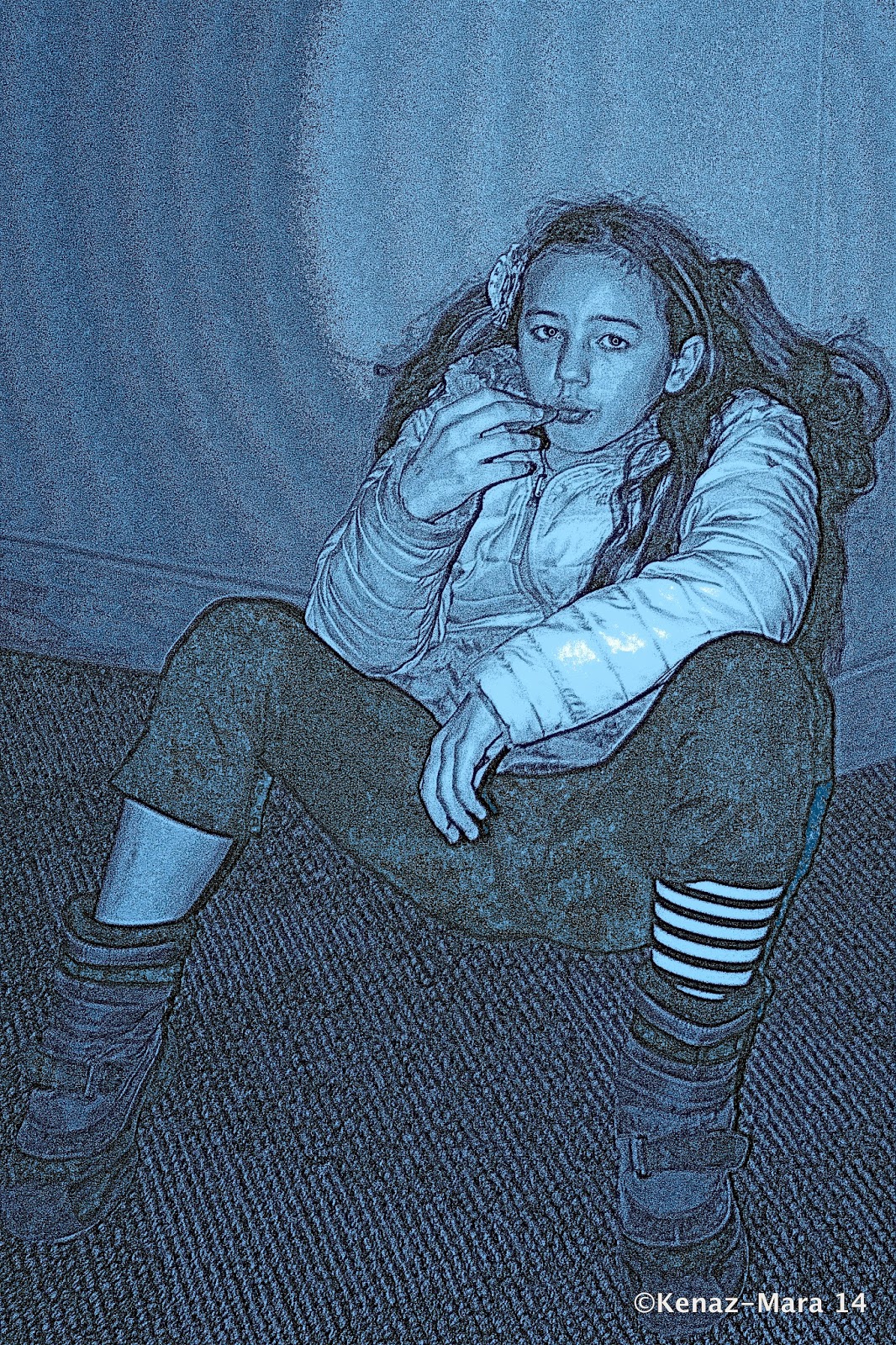 Our normally cheerful, music filled car was on homework silence, which was stressing me out and making the ride less pleasant to begin with, and the minutes were ticking away. We had 4 press tickets for the elaborate production of The Grinch at The Chicago Theatre and I'd left two hours to pick up my daughter's friend (to use my husband's ticket since he was stuck on a shoot) and get there, a trek that should have been a 45 minute to an hour undertaking.

Kids are so easy to love when they're being adorable and sweet and funny. But THIS. Sometimes they work your last nerve and you wonder just what you signed on for as you simultaneously do emotional triage, deal with urban traffic, and swallow your own anger.

"Ok. Dugan, relax. You should be happy. You have an extra hour in the car to do your homework. I'm sorry. I have to talk to your sister, so just deal. Sage, you are NOT stupid. Everyone makes mistakes. You learn more from them than from the stuff you get right. We may be cutting it close or a little late even, but we WILL pick up your friend and have a fun night. Yeah, I am annoyed. Parents are human. Who, in their right mind, really wants to spend an extra hour and a half in the car during rush hour backtracking across the city?! But in the scope of things it's not that big of a deal. I'm not mad at you. It was a mistake and we WILL get there. It's not life and death, it's just life. Did your friend not know her address or did you write it down incorrectly? What exactly do you mean by you didn't think zeros mattered?"

"She told me 3340, but I left it off on purpose. You know, in our address it goes twenty seven oh nine and we leave out the zero, so I thought zeros don't matter."
"The oh is the zero, buddy."
"No! Not THAT one, mom. The first one. 20... 7...  0...  9. We leave off that first zero in twenty so I figured they weren't important in addresses and I could leave it off."
"OK, I get it. I see where you're going with that, but um... no. Zeros in addresses are actually VERY important. But better to learn it here where there aren't huge consequences than getting lost alone or something later. Now ya know."

Oh the whiggy logic of kids. Sometimes tweens are so smart, savvy and mature they blow me away. Sometimes they're still such children. It was partly my fault and I told her as much. I should have called myself to double check her friend's address, but she'd just written it down the night before and she was adamant it was right and huffy when I questioned her. Yes, what 11 year old doesn't know her own address, right? Choose your battles. So we drove... across town. And the house at 334 West Burrwood wasn't her friend's house. So we called them and drove BACK across town, beyond where we'd started, to 3340 West!

"But I feel so stupid and we're all gonna be late."
"Believe me I've made more than plenty of mistakes. I got lost as a 4 year old, because I'd seen Lassie and thought my schnauzer knew the way home. So I wandered off with the dog and had to be found by the police. I got lost at the zoo as a toddler, following my dad, who went back to the car for our lunches, but he didn't know I went with him. As a teen I left all my luggage from a week at camp halfway across the country in upstate New York because we were told to pile it all in a tent and the busses would load from there, and I didn't realize WE had to load the busses. As an adult I spaced out once on a familiar 6 hour drive to Cincinnati and missed the turn off to Indianapolis. And it was such a long road trip through farm land I didn't notice till I hit Michigan! And there are more than plenty more stupid things I've done over the past 4 decades."


Finally I heard laughter from the back seat. And at long last we arrived at the right address with that all important zero at the end. Even little nothing zero has big value. And what's an extra hour and a half in rush hour in the scheme of things. Believe it or not we raced to the show, got our tickets with literally a minute to spare, and made it to our seats just as the lights were dimming.
Posted by Bonnie Kenaz-Mara at 6:40 AM