OPENING: THE TALE OF THE PRINCESS KAGUYA AT SISKEL FILM CENTER #ChiILFlixPicks #review


from the director of


GRAVE OF THE FIREFLIES AND POM POKO! 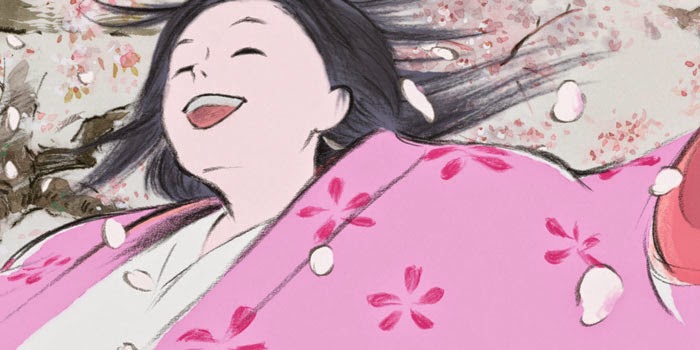 THE TALE OF THE
PRINCESS KAGUYA

Here at ChiIL Mama, we were lucky enough to get an advanced sneak peek at this incredible film and highly recommend it. The hand drawn animation and the subtle play of shadow and light is sublime. We've long been fans of Studio Ghibli works so we had high expectations, and Princess Kaguya exceeded them. We have also long admired the work of Isao Takahata and earlier films he directed like Grave of the Fireflies which we own, and Pom Poko, which we absolutely adore.

We've actually seen this story acted out on stage in an incredible one man puppet show by Nori Sawa as part of the Humanities Fest last year, so we were extra excited to see Takahata's take. 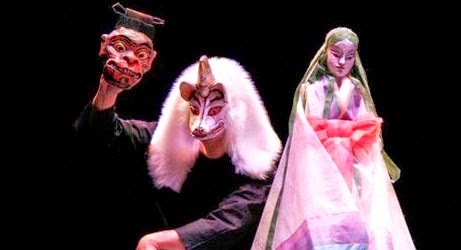 Like many Ghibli films, it's a slow slice of life, lovingly painting the beauty of the banal, like breast feeding and carrying infants in wraps while working the fields. It's a poignant coming of age story and a fascinating glimpse into class, wealth versus poverty, family love and loss, riches in nature, and the source of true happiness. We adore the headstrong princess who isn't content to sit by silently and be a rich and pampered prince's treasure. She laughs, loves, plays, embraces nature and music, and grows. Kaguya is a great role model and a princess we can get on board with, as opposed to the coma cadre--Sleeping Beauty, Snow White and their ilk, who don't do much.

ChiIL Tips: We love that Siskel Film Center is offering both Japanese subtitled showings and dubbed showings. If you are going with adults or taking kids old enough to comfortably keep up with the pace of reading the translation we strongly recommend doing the original version to hear the dialogue and songs in Japanese.

If your kids enjoy Frozen, this may spark an interesting compare and contrast discussion. Both films are about girls navigating the journey between childhood and womanhood, learning from nature, and running from and finally embracing their power and destinies, with plenty of action and plot points to keep the story exciting. 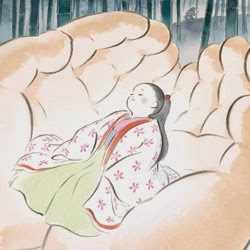 A childless bamboo-cutter discovers a tiny baby girl no bigger than the palm of his hand in the woods and takes this apparent gift from the heavens home to his wife. The enchanted child grows rapidly, and, when her doting adoptive father also finds a pot of gold under a tree, greed inspires his ambition to make the girl a princess in the royal court and marry her off to one of a host of venal suitors. The beautiful, headstrong wood nymph and the far-off gods have other plans.

Based on a 10th-century Japanese folk tale, THE TALE OF THE PRINCESS KAGUYA is a marvelous journey steeped in the profound humanism that is the trademark of Studio Ghibli’s Isao Takahata (GRAVE OF THE FIREFLIES, ONLY YESTERDAY).

Suitable for all ages, the film is simultaneously a uniquely joyous exploration of childhood and a chronicle of love and loss with a poignant mystical dimension. Takahata’s seductively subtle animation incorporates watercolor techniques and charcoal line drawings for a masterful and ravishing approach to storytelling. DCP. (BS)


Legendary Studio Ghibli cofounder Isao Takahata (Grave of the Fireflies, Pom Poko) revisits Japan’s most famous folktale in this gorgeous, hand-drawn masterwork, decades in the making. Found inside a shining stalk of bamboo by an old bamboo cutter (James Caan) and his wife (Mary Steenburgen), a tiny girl grows rapidly into an exquisite young lady (Chloë Grace Moretz). The mysterious young princess enthralls all who encounter her – but ultimately she must confront her fate, the punishment for her crime.

From the studio that brought you Spirited Away, My Neighbor Totoro, and The Wind Rises comes a powerful and sweeping epic that redefines the limits of animated storytelling and marks a triumphant highpoint within an extraordinary career in filmmaking for director Isao Takahata.