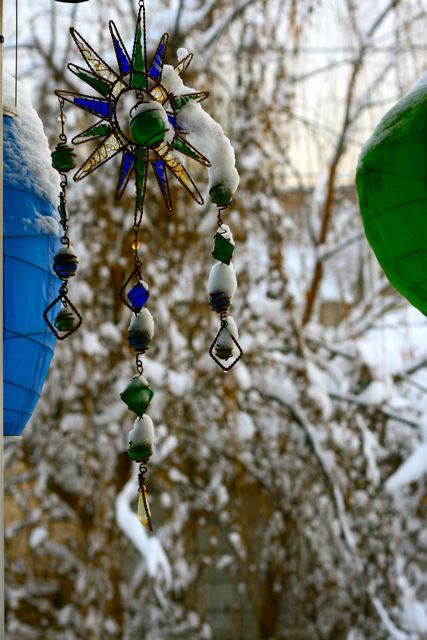 January has been a crazy, amazing start to the new year.   We got to shoot a video interview with Brian Selznick, author of Hugo Cabret and The Houdini Box, along with The Houdini Box Director, Script Writer and Composer.   Brian even signed and personalized 3 of his books for the kids.


We also had the great pleasure of shooting a video interview with a world famous skip rope artist from the cast of Cirque du Soleil's Quidam and we've got 4 tickets to give away to our readers.   We've also got 2 tickets to give away for the upcoming Badfish/Midwest Hype HOB show (17+).  Enter through Thursday midnight for tickets to both, and 4 tixs to see the Okee Dokee Brothers at Beat Kitchen's Concerts for Kids, too.


We got to see not one, but two premiers where Mark "Mucca Pazza" Messing wrote the scores, and we got to interview him for the second time.   We were enthralled by The Houdini Box at Chicago Children's Theatre, and two days later, by Death and Harry Houdini at The House Theatre.

We've already given away countless theatre and live concert tickets to adult and kids shows.   We've seen Clip Art 3 times and seen Bruce Lamont in 3 different clubs in 4 very different bands (including the sold out Led Zeppelin 2, HOB show and an amazing acoustic Empty Bottle set with Neurosis front man, Scott Kelly), all in the space of a month.

I've found myself with 3 super hepped up little 8 year old girls squealing in the back seat....an unforgettable adventure that included a 2 hour drive in a blizzard, complete with a jackknifed bus traffic jam and aneurism inducing screams of joy from the peanut gallery in back.   We've sold boxes of Girl Scout Cookies into the triple digits....spent the night on the floor of the Museum of Science and Industry...saw a Wolves hockey game full of Brownies and Girl Scouts...and ran a 4 hour instrument petting zoo, costume corner, and rock star photo booth for a zillion toddlers at Beat Kitchen's Winter Fest.

We shot and posted live kindie rock footage from Miss Ann's 3rd CD release and sweet songs from her show with NY kindie legend Suzi Shelton.   We also have upcoming, live footage of Istvan & His Imaginary Band, from Beat Kitchen, and a bunch of great still shots.

During January, I saw 8 amazing plays....photographed 16 bands (not including the plethora of bands at 2 Saturdays of Chicago Bluegrass and Blues Fest), and got to borrow a super sweet Canon 7D and an awesome lens from Calumet Photo.

Oh yeah, and I also shot the mayor and other big wigs at the grand opening of the truly impressive, new Old Town School of Folk Music East building, attended the launch party for Artizone, and was on the other side of the lens for a fun, fashion photo shoot for eco-friendly designer, Lara Miller!

We're also super stoked to have the chance to review, photograph and give away McKenna, the new American Girl Doll of the year for 2012.    She's a gymnast like Sage, and has many coincidental similarities.   We got to meet the author, Mary Casanova, and get our McKenna books signed.   We also got 2 special books signed to give away to two of our readers!


Most of our January activities we promoted in advance, but we also have loads of videos, and photo filled recaps still coming up for publication as fast as humanly possible.   So, enjoy the anticipation.   February will be filled with lots of great recaps and lots of new events, tickets and give aways, too.

Coming Up This Week:
Tomorrow I'll be taking 4 kiddos to Disney on Ice Dare to Dream.   Thursday will be a parents night out at BONEdanse-Damage Manual,  Atalee Judy's latest offering (this one's likely a PG13-not for young kids but fine for teens and some tweens).    Friday we hope to check out Barrie Cole's show,  I Love You Permanently, part of The Rhinocerous Fest at Prop Theatre.   Saturday I'll be shooting Badfish/Midwest Hype at The House of Blues.   Sunday we'll be shooting The Okee Dokee Brothers kindie show at Beat Kitchen at noon and interviewing the band, then we hope to review Punk Rock at Theater Wit (adult content).


Come ChiIL Out with ChiIL Mama, and don't let the groundhogs get you down.  Remember to enter our raffles like we vote in Chi, IL...early and often.