We've heard all the buzz, but had to see it to believe it.   All we can say is oh my...indeed.   The O'My's rocked Reggie's Monday night with a sold out show. 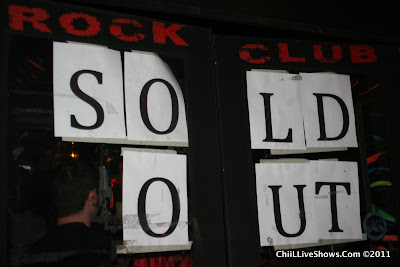 We've covered a number of musicians at Reggie's and we've never seen a line around the block like this one.  These young musicians were fantastic live and are certainly ones to watch.  Check out our prior O'My's coverage and their first music video by clicking here. 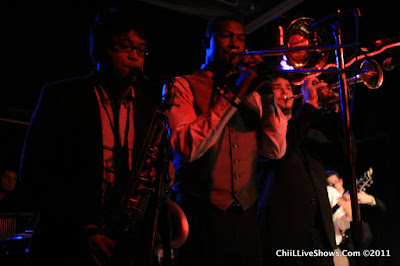 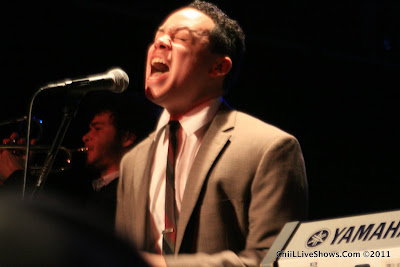 Not crazy about the fans with the backward ball caps.   Every other show we've shot for years, from jazz to metal to punk, people have been cool and made space for the camera.  Not here.  The ball cap boys shoved in front, then thrashed around and stuck their hat heads into the middle of a ton of what would have been great shots.  Ah well.  Things were crazy at the door, too.  Two different door men went to check the press list for me and neither one came back.  After being stuck at the door a half hour while the band I was planning to shoot nearly finished, I finally made it in. 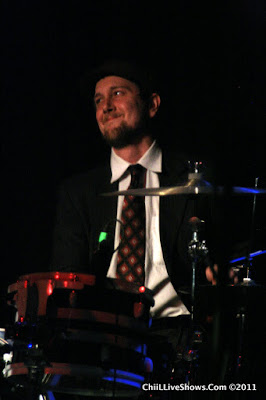 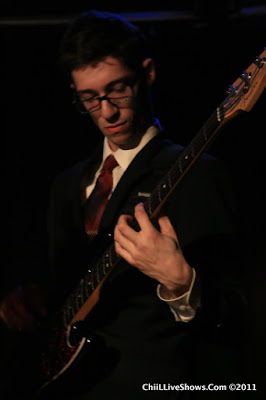 To their credit, the door staff weren't complete petty tyrants.  They did let the bass player's dad in, when he pleaded that he was on the guest list and missing his son's set.   And there was a fair amount of legit drama going on, like an underager getting kicked out for sipping his 21+ girlfriend's beer.   It just sucks when one person doing their job prevents someone else from doing theirs!   We've shot a lot of shows at Reggie's and NEVER had trouble at the door before.   All's well that ends well.   I got there in time to catch their last few songs and get my shots. 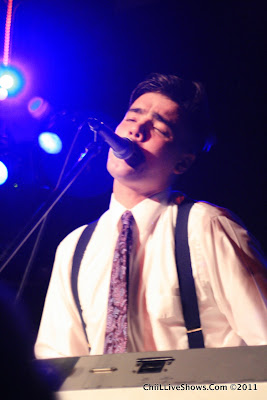 Nevertheless, Reggie's is still one of our favorite small venues.   The sound is great and what's not to love about a club with Wesley Willis' giant mug on the wall and an inexplicable sewer grate mid stage.   Makes for some of the most unique shoe shots.   They also have a great selection of both cheap beer and tasty craft brews for those who dig quality or quantity. 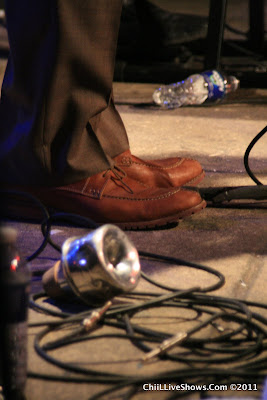 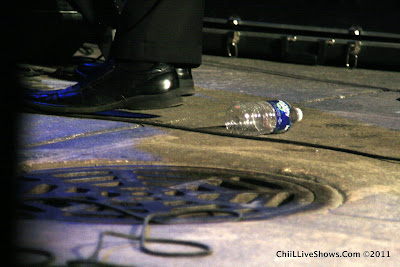 We were elated to finally catch the O'My's live, even if it was short and sweet.   We had another gig and couldn't stick around past their opening set, but they backed many of the later bands.  Rumor is, their trumpet player is just 17, and lives, eats and breathes music.  All the horns were amazing, and I though the keyboard player was going to overturn his instrument in addition to the mic!   His fingers were practically on fire.  With strong lead vocals and a flexible line up that ranges from 2-10 members, the O'My's are forging a well deserved name for themselves on the Chicago scene.
Posted by Bonnie Kenaz-Mara at 9:58 PM