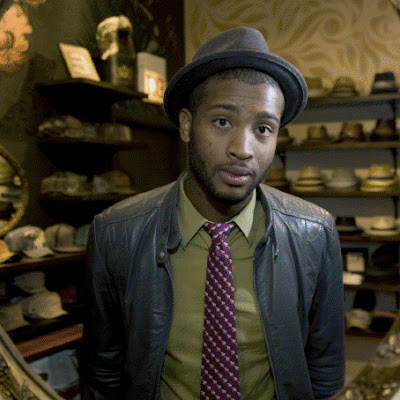 Two things dear to our hearts here at ChiIL Mama are music and the environment.   In fact, when we interview musicians we often ask them what they are doing to make the world a greener place.    We love Digipak CD's released without those wasteful plastic cases, especially those made with recycled materials.   A number of musicians we've interviewed have said they drive a Prius, recycle, and refill water bottles.   Large music festivals like Lollapalooza are donating money to offset their carbon footprint.
Even Keller Williams, who sings about his love for V8 Engines, told ChiIL Mama in our interview that he actually drives a hybrid!   We'll be running a big Keller Williams feature this month as we count down to Kidzapalooza, as he's playing Sunday at 2:30pm.    We have our video interview and loads of live footage from his Park West Show, and a bunch of great stills from Keller's rockin' Summer Camp Music Fest set coming soon.
Chicago indie pop act Briar Rabbit (A.K.A multi-instrumentalist Phillip-Michael Scales) wants to do those hybrid driving musicians one better.   He's taking donations through this Thursday, for
The “grease van” (or “veggie oil bus”) campaign
We have friends who converted their Sprinter to run on veggie oil, and it's a great plan, for saving $$ and saving the earth.   It smells like french fries, too.   Mmmmmm.

Briar Rabbit is happy to announce its recently-launched Kickstarter campaign to raise money for a “grease van,” a touring vehicle that runs on vegetable oil and their signing to Midwest management company Wine From the Moon (home to Paper Thick Walls, The Damn Choir and singer-songwriter Jane Thatcher).
Raised in a suburb of Detroit, Scales began playing music at a young age and was self-releasing records and fronting bands by the time he was in high school. He went on to study music at the Berklee College of Music in Boston.
He recorded his debut, Briar Rabbit & the Company You Keep, with friends and former band mates in Boston and at Chicago’s CarterCo Recording. The album draws influence from folk, blues and rock and spotlights Scales’ dynamic voice and sharp lyrics. “Company” has received rave reviews in The RedEye and on top Chicago blogs Windy City Rock and Reviewsic.
Thanks to some hard work and supporter generosity, Briar Rabbit made their initial goal of $5,500, but have three days to hit $7,500 so that they can purchase the veggie oil conversion kit.
The “grease van” (or “veggie oil bus”) campaign is well underway with more than “70” individual backers. This project will only be funded if at least $5,500 is pledged by Thursday Jul 21, 11:16am EDT. For more information and to make a pledge, check out http://www.kickstarter.com/projects/briarrabbit/the-tale-of-briar-rabbit-and-the-veggie-oil-bus.
Posted by Bonnie Kenaz-Mara at 5:47 PM