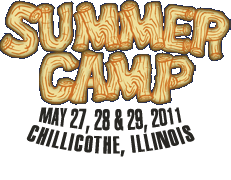 All the hippies have cell phones these days.    Makes things easier when you're coming in from different states and want to pitch a tent together.    Sure-snap a photo with your iphone and send it to my Android and I'll GPS my way to your coordinates.    Works a little better than the good ol' days of ....I'll see you out there...somewhere.   Although we all magically seemed to run into each other anyway!


Summer Camp Music Festival has a nifty little schedule app. in case you're a "type A" hippy and need to plan things out.    I'm more of the "all who wander are not lost" school.    I plan a few must sees and then let the rest be serendipity.   I hang out and wander around, listen to the buzz of others new favorite thing, or hear something magical from an unknown on a little side stage that blows me away.


That said, there are a few Chicago favorites I'm making a point to see
. 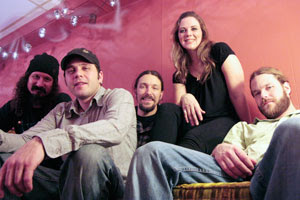 Cornmeal--these guys began rocking Chi Town 10 years ago now.    Just a few years back at Summer Camp, though, they were still the band few knew.    Everyone was all a buzz about them, playing secret sets in the quaint church on the grounds, and look at em now.   They're playing every major heavy hitter summer fest across the nation and just appeared in Relix.


Check 'em out all over Summer Camp--you're bound to wander into them sooner or later, if you follow the great jams.   Or if you want to program it in to schedule app, your droid can poke you in the butt and send you their way.

www.cornmealinthekitchen.com/
Formed over 10 years ago, Cornmeal has grown from humble beginnings into a nationally recognized live music institution. 10 years together is no simple task these days, especially when the last five have seen the band spending over half the year on the road. Heavily influenced by American roots and folk music, Cornmeal blends lightning fast tempos and impeccable harmonies into an unrivaled live performance that continues to expand upon the five-piece acoustic-electric groups’ vast musical repertoire. While steeped in the tradition of the past, Cornmeal continues to forge their own path, pushing the boundaries of bluegrass, Americana and folk for a whole new generation of music lovers. With a rapidly growing fan base and ever-evolving sound, Cornmeal challenges the recipe of the bluegrass sound and live performance.
URL: http://www.summercampfestival.com/cornmeal-2

Get your daily dose of Cornmeal: 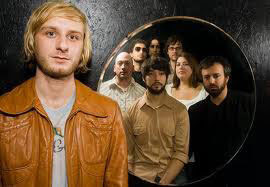 That segues nicely into our next favorite, Van Ghost.
Here's what Summer Camp has to say:

Type: SOULSHINE
Venue: h. SOULSHINE TENT
vanghost.com/
Van Ghost featuring Natalie Cressman (Trey Anastasio Band) and Allie Kral (Cornmeal)
For nearly a decade Michael Harrison Berg of Van Ghost was a behind the scenes type of guy. Having poured his energy into his ventures as a concert promoter and band manager, little was left over for personal creative endeavors. That all changed in 2007 when Berg’s close friends encouraged him to revisit the acoustic guitar he put down in his younger days and asked him to perform a song at their wedding. Melding the inspiration from the many talented bands he has worked with and his own passion for music, the singer returned to his roots. He began writing songs, drawing from his life experiences, creating a heartfelt and staggeringly honest perspective. After building up a solid repertoire of folk ballads, gritty Americana tunes and classic rock laced jams, Berg assembled an all-star cast of musicians and named the project Van Ghost.
URL: http://www.summercampfestival.com/van-ghost


Finally, we highly recommend joining the lube heads for a few Lubriphonic sets.   These guys know how to funk things up.   Check out some Chicago funk and soul.    They have a new album out that we'll be reviewing soon on ChiIL Mama. 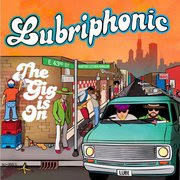 
Type: CAMPFIRE
Venue: e. CAMPFIRE STAGE
www.lubriphonic.com/fr_home.cfm
Digging deep and giving it all in everything they do Chicago’s Lubriphonic specialize in a unique offering of funky rock n’ roll. The septet’s tight and raw sound is immediately familiar, fusing the roots of soul with explosive in-your-face delivery and sensuous R&B dance music.
The Lubriphonic sound is full of precision orchestrations made up of blazing guitars, tight three piece horn lines, soulful songwriting, bluesy vocals and the habit to cut the funk loose. The best description of the band’s sound comes from Relix Magazine: “Superb, adventurous, diverse, simply mesmerizing instrumental work. Steeped in soul, rock, pop, and blues Lubriphonic’s members play with a tenacity and precision that sets them apart from equally proficient bands.”
URL: http://www.summercampfestival.com/lubriphonic

You can hear 'em live and in the woods:


We'll see ya somewhere....out there.