Get Your Calendars Ready...Huge Theatre, Art, & Music Mash Up Coming 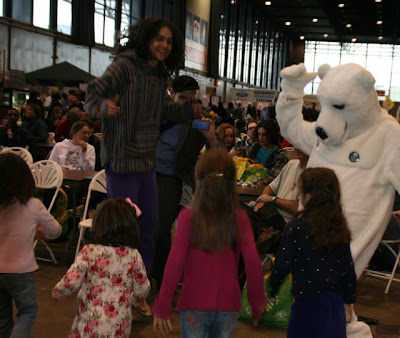 Here at ChiIL Mama, we generally try to pick a few great PLAY LOCALLY things a week that can't be missed.   They may be huge music fests or quirky, weird little events nobody's ever heard of, that may become your new favorite thing.    We're a scrappy little independent, not a giant list serve featuring 1003 things to do in Chicagoland on a given day.


That said, we love the thriving eco-friendly, arts, theatre, and music scenes here in Chi-Town and sometimes....namely spring and summer, thing just pop here and there are more great things going down than are humanly possible to devote big, page long reviews to.


We love it when artists create paintings, photography, music, and writing.   Sometimes they even create children.   Amazingly enough, a significant number of parents we know also still make creative works while parenting!    ChiIL Mama's continuing our video series on how creatives parent and how parents create.   We'll particularly highlight events here that feature parents (though lack of kids won't cause us to exclude great ones).


We're about to take 4 days off to cover Summer Camp Music Fest, but before we disappear into the woods for the weekend, we'll give it our best try to list some of the best stuff coming up in the near future by category.


So grab your paper and pen, ical or whatever and go ChiIL Out.   We'll start in this post with Art and have subsequent posts for Music and Theatre.


I AM LOGAN SQUARE (2648 N. Milwaukee)-artist's reception, opening
June 4th 6-9pm
We've been to art openings this month showcasing photography from 3 of our talented artist friends, who also happen to be somebody's mother.   Here's another one. 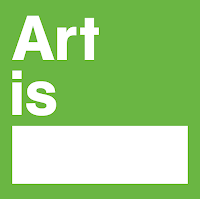 The MCA Creative Agency
We are thrilled to announce the launch of The MCA Creative Agency (TCA at MCA), a new program that invites 15-19 year olds to collectively explore what art is. We invite young people to apply to become first-year members.
Application deadline: Friday, July 1
Program start: Saturday, September 10
Learn more.

Check out The Arts of Life for ongoing events.   The Arts of Life is people, with and without disabilities, creating an artistic culture to realize their full potential.  Opened in 2000, The Arts of Life was the first program in Chicago to provide employment in the arts for adults with developmental disabilities. The studio serves as both an alternative day program and creative epicenter for its artists. 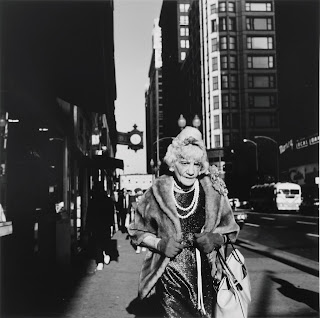 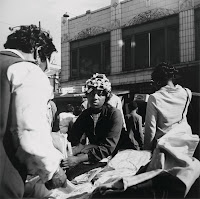 Russell Bowman Art Advisory is presenting an exhibition of previously unseen works by recently discovered Chicago street photographer Vivian Maier (1926 ‐2009) now through June 18, 2011 at its gallery in River North (311 West Superior, Suite 115). Maier’s work, which intimately documents mid-century life in New York and Chicago, came to light in 2007 when boxes of her work, including hundreds of rolls of undeveloped film, were discovered at an in an abandoned storage locker. In recent months, Maier’s incredible story and her impressive body of work has been heralded by critics and national publications alike.
Completely unknown during her lifetime, Vivian Maier was born in New York City, but spent much of her youth in France. Returning to New York in 1951, she combed the streets, documenting the city’s inhabitants and offering an intimate glimpse into urban lives and relationships. Maier moved to Chicago in 1956 where she worked as a longtime nanny for North Shore families. Often referred to as an “eccentric Mary Poppins,” Maier continued to take photographs well into the 1990s, but never allowed her work to be viewed. Along with newspaper clippings and other historical artifacts, Maier stashed hundreds of undeveloped rolls of film and photographs in a storage locker, where they were later deemed abandoned and auctioned off. Maier died in 2009 in a nursing home at the age of 83. 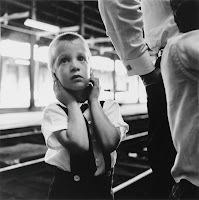 The Russell Bowman Art Advisory “Vivian Maier, Photographer” exhibition will feature previously unseen photographs from the Jeffrey Goldstein collection. Mr. Goldstein shares ownership of the artist’s work with John Maloof, who first discovered Maier’s photography in 2007. The exhibition will feature prints made by the artist herself as well as images later printed from her negatives by Ron Gordon, a master gelatin silver printer from Chicago. The collection includes images shot in New York between 1951 and 1955 and in Chicago from 1959 to 1971, and many of the photographs feature subjects common in Maier’s work, including street culture, architectural views, children, the elderly and one striking self‐portrait. Both Maier’s original prints and those made from her film will be available for sale, and pieces range in price from $1800-5000.
Maier has been the subject of commercial gallery exhibitions in Germany and Norway and media coverage from CBS, BBC, Time Magazine and many others including the current issue of Mother Jones. Her first American exhibition, Vivian Maier, Street Photographer, was recently presented to tremendous critical acclaim at the Chicago Cultural Center.

The New York Times praised Maier’s work, saying that, “Ms. Maier’s streetscapes manage simultaneously to capture a redolent sense of place and the paradoxical moments that give the city its jazz, while elevating and dignifying the people in her frames — vulnerable, noble, defeated, proud, fragile, tender and often quite funny. Harry Callahan is just one of the masters with whom Ms. Maier is already being compared. […] a precious past has been rescued that we didn’t even know existed; thousands of blinks of the civic eye, tens of thousands of beats of the public heart.”

WORLD RENOWNED ARTIST LEROY NEIMAN DONATES $5 MILLION TO THE SCHOOL OF THE ART INSTITUTE OF CHICAGO TO CREATE NEW STUDENT CENTER IN HISTORIC SHARP BUILDING
56-Foot-Long Mural Entitled “Summertime Along the Indiana Dunes,” Created by LeRoy Neiman with Assistance from His Wife Janet Neiman, to Serve as Centerpiece of New Space
New Open-To-The-Public Student Center to House Gallery Space, Café, Lounge, and More
ABOUT THE SCHOOL OF THE ART INSTITUTE OF CHICAGO
A leader in educating artists, designers, and scholars since 1866, the School of the Art Institute of Chicago (SAIC) offers nationally accredited undergraduate, graduate, and post-baccalaureate programs to nearly 3,200 students from around the globe. Located in the heart of Chicago, SAIC has an educational philosophy built upon an interdisciplinary approach to art and design, giving students unparalleled opportunities to develop their creative and critical abilities, while working with renowned faculty who include many of the leading practitioners in their fields. SAIC's resources include the Art Institute of Chicago and its new Modern Wing; numerous special collections and programming venues provide students with exceptional exhibitions, screenings, lectures and performances. For more information, please visit www.saic.edu.
The new space, to be named the LeRoy Neiman Center, will transform the northeast corner of Monroe and Wabash into an energetic, light-filled gathering space for SAIC students, faculty, alumni and the general public.  The two-story space will house a lounge, café, art gallery, and more.    The space is slated to open Spring of 2012.

*If you have an art event or opening coming up--especially (though not exclusively) if you are also a parent, drop us an e-mail and we'll consider publicizing it.    zbluesun@gmail.com
Posted by Bonnie Kenaz-Mara at 3:22 PM